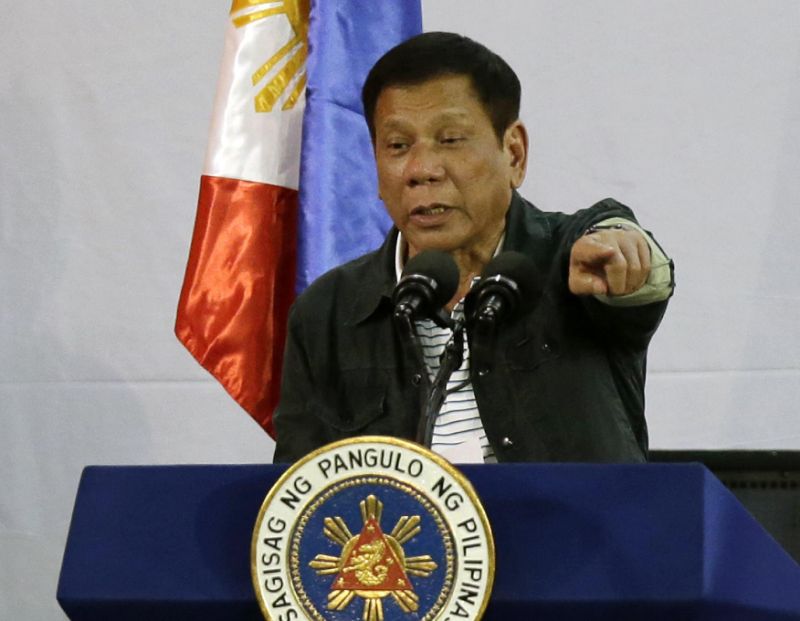 The new Philippine president blamed U.S. intervention for the bloody conflicts in Iraq and other Middle Eastern countries in his latest criticism of Manila’s closest security ally.

President Rodrigo Duterte suggested in a speech Friday that intrusive policy was to blame for attacks on U.S. soil, saying, “It is not that the Middle East is exporting terrorism to America, America imported terrorism.”

The former Davao mayor has said he would be a leftist president who would chart a foreign policy not dependent on the United States.

He has pointed out the benefits of nurturing friendly relations with Beijing, including a Chinese offer of financing railway projects in the Philippines. The country has had frosty ties with China under Duterte’s predecessor, Benigno Aquino III, who bolstered security ties with the U.S. to deter China’s assertiveness in the disputed South China Sea.

Despite his remarks, there has been no indication that he would move to change the country’s robust defense ties with the United States.

The treaty allies hold large-scale combat exercises each year and signed a 2014 defense pact that allows the U.S. military to temporarily base troops and build and operate facilities in Philippine military camps. China has criticized the pact.

In the Philippines, Duterte has given allies of communist rebels at least two key posts in his Cabinet as part of an effort to forge a peace deal with the insurgents, who are labeled terrorists by Washington.

Duterte’s speech centered on his plan to open peace talks with two large Muslim rebel groups in the southern Mindanao region, homeland of minority Muslims in the largely Roman Catholic nation. Duterte’s plan includes shifting to a federal system of government that would give more autonomy and resources to impoverished regions like Mindanao. He called on Muslims to back his efforts.

In the case of Abu Sayyaf militants, Duterte said he would not lump them with criminals, saying “these were the guys who were driven to desperation.” He did not say how he would try to deal with the extremists although he has warned them in recent weeks to stop a wave of ransom kidnappings or face “a reckoning one of these days.”

Washington and Manila list the Abu Sayyaf as a terrorist organization that has carried out for bombings, kidnappings and beheadings over the last three decades.