Bedtime for Democracy … this time in Brazil 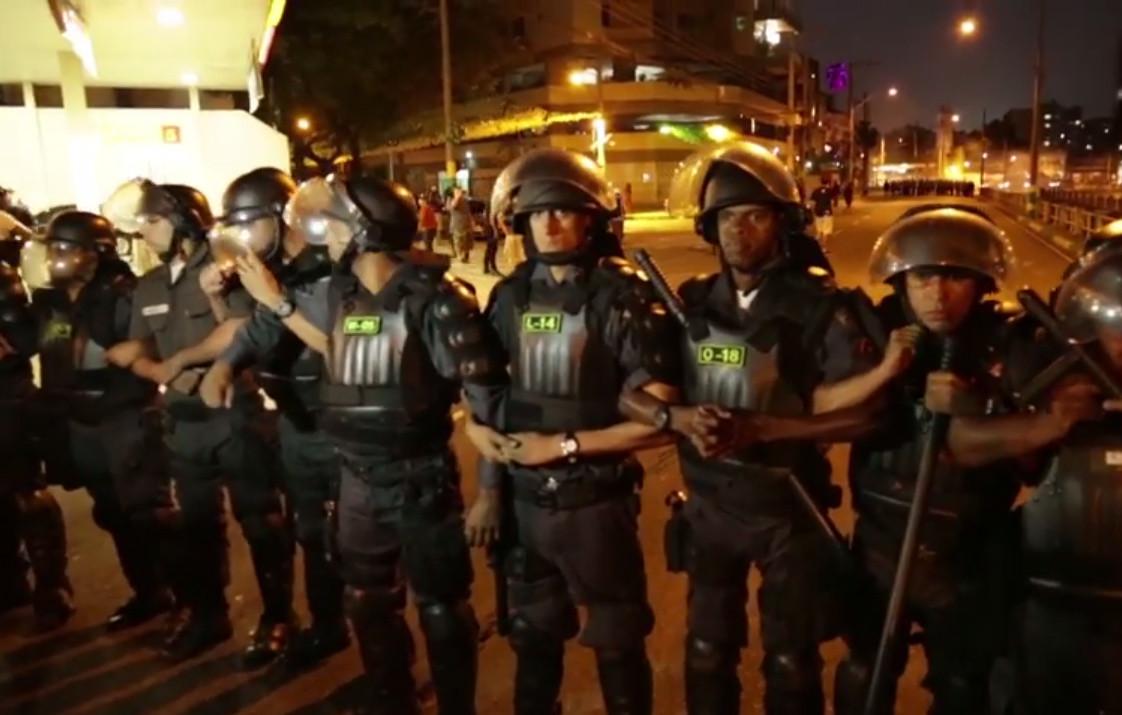 Bedtime for Democracy … this time in Brazil

It appears that the dirty war of the neoliberal barbarism against Democracy and the Leftist forces around the world culminates. Right after France and previously in Greece, Venezuela, Argentina and elsewhere, the plutocracy attacks in Brazil to dismantle the “dangerous” Leftist perspective. As The Intercept reports:

In 2002, Brazil’s left-of-center Workers Party (PT) ascended to the presidency when Lula da Silva won in a landslide over the candidate of the center-right party PSDB (throughout 2002, “markets” were indignant at the mere prospect of PT’s victory). The PT remained in power when Lula, in 2006, was re-elected in another landslide against a different PSDB candidate. PT’s enemies thought they had their chance to get rid of PT in 2010, when Lula was barred by term limits from running again, but their hopes were crushed when Lula’s handpicked successor, the previously unknown Dilma Rousseff, won by 12 points over the same PSDB candidate who lost to Lula in 2002. In 2014, PT’s enemies poured huge amounts of money and resources into defeating her, believing she was vulnerable and that they had finally found a star PSDB candidate, but they lost again, this time narrowly, as Dilma was re-elected with 54 million votes.

In sum, PT has won four straight national elections – the last one occurring just 18 months ago. Its opponents have vigorously tried – and failed – to defeat them at the ballot box, largely due to PT’s support among Brazil’s poor and working classes.

So if you’re a plutocrat with ownership of the nation’s largest and most influential media outlets, what do you do? You dispense with democracy altogether – after all, it keeps empowering candidates and policies you dislike – by exploiting your media outlets to incite unrest and then install a candidate who could never get elected on his own, yet will faithfully serve your political agenda and ideology.

That’s exactly what Brazil is going to do today [11/5]. The Brazilian Senate will vote later today to agree to a trial on the lower House’s impeachment charges, which will automatically result in Dilma’s suspension from the presidency pending the end of the trial.

Meanwhile, Ernesto Samper, secretary-general of the Union of South American Nations, told teleSUR in an exclusive interview that Dilma Rousseff remained “the legitimate leader” of the Brazilian people and maintains “democratic legitimacy” by virtue of having been reelected in 2014.

During a press conference Thursday, Samper said that the decision of the Brazilian Congress to initiate an impeachment trial against President Dilma Rousseff was “compromising the democratic governability of the region in a dangerous way.”

“What has happened in Brazil, is a parliamentary political majority is challenging the citizens’ majority that expressed themselves in a clear way in favor of Rousseff,” said Samper referring to the 2014 re-election of President Rousseff.

The support of the Globo media conglomerate was essential in stirring up support for impeachment, providing disproportional coverage of corruption allegations against members of the Workers’ Party and granting widespread media attention to right-wing rallies calling for Rousseff’s ouster.

Elements of the country’s judiciary — including Sergio Moro, the judge who is presiding over the investigation into a corruption scandal — played a lead political role, which Rousseff’s supporters said were inappropriate for a judge. The country’s Supreme Court also refrained from intervening and stopping the coup plot, despite the fact that Rousseff was being put on trial without having been found guilty of any crime.

The US imperialism has a long history of endless intervention in the US backyard – Latin America. Apart from the Leftist governments that refuse to implement the neoliberal policies in favor of plutocracy and against the majority, the Washington neocons have an additional serious reason to target Brazil and overthrow Rousseff, due to her initiatives for Brazil’s continuous and “dangerous” approach with the Sino-Russian bloc, mainly through the BRICS.

This is a reason which probably explains why Rousseff is being targeted now. Apparently she came very close to Russia and China, the key countries who try to form rapidly an independent bloc, especially in the economic sector, to offer an alternative against the Western neoliberal monopoly.

Washington used a federal judge to order Argentina to sacrifice its debt restructuring program in order to pay US vulture funds the full value of defaulted Argentine bonds that the vulture funds had bought for a few pennies on the dollar. These vultures were called “creditors” who had made “loans” regardless of the fact that they were not creditors and had made no loans. They were opportunists after easy money and were used by Washington to get rid of a reformist government.

President Kirchner resisted and, thus, she had to go. Washington concocted a story that Kirchner covered up an alleged Iranian bombing in Buenos Aires in 1994. This implausible fantasy, for which there is no evidence of Iranian involvement, was fed to one of Washington’s agents in the state prosecutor’s office, and a dubious event of 22 years ago was used to clear Kirchner out of the way of the American looting of Argentina.

In Brazil, Washington has used corruption insinuations to get President Rousseff impeached by the lower house. Evidence is not necessary, just allegations. It is no different from “Iranian nukes,” Saddam Hussein’s “weapons of mass destruction,” Assad’s “use of chemical weapons,” or in Rousseff’s case merely insinuations. The Secretary General of the Organization of American States, Luis Almagro, notes that Rousseff “hasn’t been accused of anything.” The American-backed elites are simply using impeachment to remove a president who they cannot defeat electorally.

In short, this is Washington’s move against the BRICS. Washington is moving to put into political power a rightwing party that Washington controls in order to terminate Brazil’s growing relationships with China and Russia.

Other analysts, from the first moment condemned the Brazilian coup. As Pepe Escobar wrote:

This lowly farce should serve as a wake-up call not only to the BRICS but to the whole Global South. Who needs NATO, R2P (“responsibility to protect”) or “moderate rebels” when you can get your regime change just by tweaking a nation’s political/judicial system?

The Brazilian Supreme Court has not analyzed the merit of the matter – at least not yet. There’s no solid evidence anywhere Rousseff committed a “crime of responsibility”; she did what every American President since Reagan has done – not to mention leaders all across the world: along with her vice-president, the lowly Brutus, Rousseff got slightly creative with the federal budget’s numbers.

The coup has been sponsored by a certified crook, president of the lower house Eduardo Cunha; reportedly the holder of several illegal accounts in Switzerland, listed in the Panama Papers and under investigation by the Supreme Court. Instead of lording over near-illiterate hyenas in a racist, largely crypto-fascist circus, he should be behind bars. It beggars belief that the Supreme Court has not launched legal action against Cunha. The secret of his power over the circus is a gigantic corruption scheme lasting many years, featuring corporations contributing to his and others’ campaign financing.

And that’s the beauty of a regime change-light/color revolution of Hybrid War when staged in such a dynamically creative nation such as Brazil. The hall of mirrors yields a political simulacrum that would have driven deconstructionists Jean Baudrillard and Umberto Eco, if alive, green with envy; a Congress crammed with fools/patsies/traitors/crooks, some of whom are already being investigated for corruption, has conspired to depose a president who is not under any formal corruption investigation – and has not committed any “crime of responsibility”.

It is obvious that the global neoliberal establishment feels an increased threat from various directions. Its mechanisms are using every means to destroy any alternative. In their agony to secure the current status quo, they proceed more and more frequently in rather clumsy actions without keeping any pretexts. This is clearly a sign of panic. For the first time, a mass movement is ready to bring a real change at the heart of the US imperial power. And this is something that brings further anxiety to the global plutocracy.

Brazil: Back in the clutches of Washington: