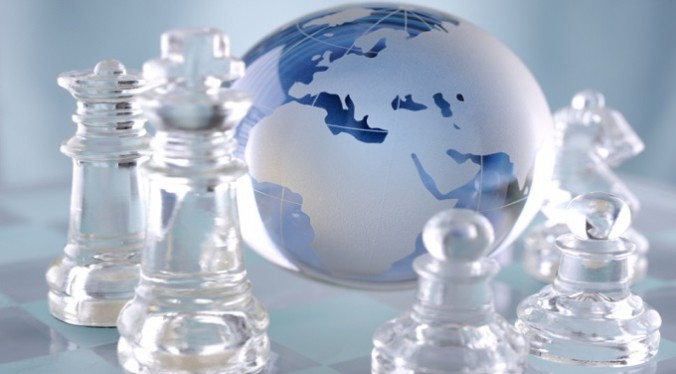 Breaking news from Agency France Presse (AFP): The G20 has just “embraced a crackdown” on tax haven-corporations and shell companies that will savagely and decisively rip away the last remaining vestiges of financial privacy here on Earth.

This is a huge change, almost incomprehensible. In a single month, from start to finish, privacy assurances that have existed for centuries are being stripped away.

Less than two weeks ago, the Panama Papers (PP) were strategically leaked and we reported, “Financial Elite’s Attack on Worldwide Privacy“.  We said it was almost surely a planned leak by financial elites to bring in more worldwide capital controls.

Some people said we were just paranoid conspiracy theorists (although the hundreds of thousands who follow us regularly knew better).  Then Wikileaks published evidence that George Soros (and his evil ilk) were behind the PP and the most significant financial whistleblower of all time, Bradley Birkenfeld, has stated the CIA is obviously behind the leak.

More shoes dropped, just as we predicted. The Panama Papers were indeed used to justify a global crackdown on investment anonymity.  We posted about it just yesterday in, “Anatomy of a Psyop: How The Elites Justify Global Taxation.” At the time, we reported the IMF and the World Bank were pushing for aggressive pursuit of taxes around the world. Tax “cheats” were causing world poverty and would have to be stopped.

Is this all just a coincidence? Perhaps two weeks from leak, to reporting, to meetings and now to  worldwide implementation of global regulatory and enforcement programs?  You’d have to be drinking a lot of fluoride and turning your brain to mush watching loads of cable television programming not to see this was all pre-planned.

Unfortunately, most people actually don’t see it!  They should though. This new world order is being rolled out at a lightning pace.  Hard to believe how quickly they are putting the pieces into place for a worldwide matrix of total control. Even  harder to believe that more are not speaking out against it.

The proximate cause of all this progress – the IMF, World Bank and G20 slimebags – no doubt knew how fast things would go. But not the rest of us. We’re not insiders. A change of this magnitude would ordinarily take months or years. Not days or weeks.

I am not surprised, however. Jubilee Year will see numerous authoritarian evolutions like this. I’ve predicted them… you’ve read about them… and, yup, they’re happening.

NOTHING UNPLANNED ABOUT THIS

Like the Jubilee Year itself, actions are being carried out in a strategic but methodical way.

We can see the pattern that I’ve just described. Even the targeting of people like Putin and the Prime Minister of Iceland – two individuals not well liked by elite banksters – are a secondary issue. The primary reason for the leak of the Panama Papers right around tax time was to justify a crackdown on anonymity.

That’s the big prize. When you set up an international facility, the host country may have laws in place to protect your identity. If you do something wrong, those laws may be waived. But thanks to the Panama Papers, such laws are on the way to being destroyed. You won’t have the option of anonymity anymore. You’ll be forced to reveal your identity.

This is what it’s all about. Globalization, control and confiscation.

You can’t control what you don’t know about. In this increasingly internationalized world that’s being built around us, those at the top want to know everything about everybody. And they can’t do it if they don’t know names. Now they want to. It’s time.

The world’s leading economies on Friday, April 15, embraced a new crackdown on tax havens and the use of shell companies to hide money.

A draft communique from the G20 finance ministers meeting in Washington endorsed a plan that would rip away the shield of secrecy for companies and individuals stocking assets offshore behind anonymous companies, a dramatic move that could put a deep dent in tax evasion, money laundering and illicit finance.

ENFORCEMENT: HAMMER OF OUR GODS

Of course a plan doesn’t mean much without the hammer of enforcement. And the article goes on to tell us that “Britain, France, Germany, Italy and Spain proposed a blacklist of havens like Panama if they failed to share corporate registry data.”

This nomenclature – “corporate registry data” – appears to be taking on increased importance.  The fundamental interests in secret corporations are now to be forcibly exposed. Even more dramatically, G20 members have proposed “setting up databases of the beneficiaries of shell companies for the use of tax and other authorities around the world.”

We’ve reported on some of this already because the IMF and World Bank have been making similar noises and even seem to share similar writers. The main discussion is about “integrity.” That word turns up a lot. Here:

Making the beneficial owners of companies, trusts and foundations transparent “is vital to protect the integrity of the international financial system,” the draft G20 communique said.

Putting the word “integrity” anywhere near the names G20 or IMF or World Bank is the height of Orwellian newspeak.  The IMF and the World Bank are financial terrorists.  They destroy and take over countries.  If you want to know what they do, here is IMF whistleblower, John Perkins, explaining the whole scheme in under two minutes:

Of course, not everybody involved in these high-stakes meetings is aware of their relationship to the larger Jubilee Plan, 2016. Many are simply obnoxious functionaries who approve of the idea of increased worldwide government control over the activities and privileges of private individuals.

But here at TDV we do understand the larger plan, which is why we’ve been able to predict that 2016 is going to be such a momentous (and often terrible) year. I would urge you to watch our Jubilee 2016 video HERE. Then read our White Paper on Jubilee and Shemitah Trends, HERE.

You’ll want to know  how you can profit by anticipating these increasingly aggressive world domination plans. Once you understand more fully what the top elites have in store for us in 2016, you’ll be better able to protect your wealth and the well-being of your family.

As part of this process, I’d recommend you subscribe to our TDV newsletter, as well, which we’ve made available at a special low price to help people anticipate upcoming crises. We understand the timelines and the necessary investment responses. Our internal gold portfolio is up some 50 percent this year and we have other successful strategies and investments in play as well. Please subscribe HERE.

This new world order plan is now rolling out at such a frenetic place that only those without eyes cannot see.  I used to say “It is better to be a year or two early than a day too late” when it comes for preparing for this, but now I think we are talking a month or two early.

Please read our White Paper and take action immediately.  I am dead serious… this is about to get really bad, really quickly.