Erdogan’s Islamist mercenaries are being targeted by US airstrikes with help from Russia. Are Moscow and Washington teaming up against Ankara? 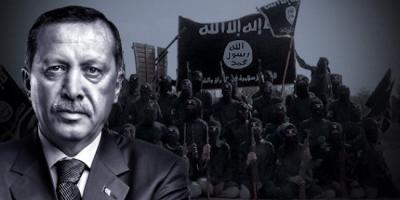 The US is now targeting Turkish-backed militants in Syria

Turkey has already made it clear that it will not honor the Syria ceasefire (which includes nearly 100 groups) if it feels its security is “threatened”. This is code for “we reserve the right to continue attacking the Syrian Kurds.” And not surprisingly, that’s exactly what Ankara has foolishly decided to do. Using the tried and true tactic of “look the other way as ‘ISIS’ crosses our border“, Ankara launched an attack on the Kurdish-held border town of Tel Abyad:

The Russian ceasefire monitoring center near Latakia says it is verifying reports of an attack on the Kurdish town Tell Abyad in northern Syria carried out by militants coming from Turkey.

The reports came overnight and claim that the forces coming from Turkey are using heavy artillery, according to Lt. Gen. Sergey Kuralenko, who heads the center for Syrian reconciliation.

“This information was verified though multiple channels, including representatives of the Syrian Democratic Forces (SDF), [a rebel alliance that includes Kurds, Arabs and other ethnic groups and operates in the region],” he said.

The US, which is allied with many of the Kurdish forces in Syria, pounded the Turkish-backed militants with airstrikes:

Islamic State militants launched an assault on a Kurdish-controlled town on Syria‘s border with Turkey on Saturday, prompting air strikes by the U.S.-led coalition to try to drive them back.

The hardline Sunni fighters attacked Tel Abyad, which is controlled by the Syrian Kurdish YPG militia, and the nearby town of Suluk in the early hours of Saturday, YPG spokesman Redur Xelil and Turkish security sources told Reuters.

Here’s a map of the battlefield. The blue bombs represent US airstrikes against the militants that crossed the border from Turkey. 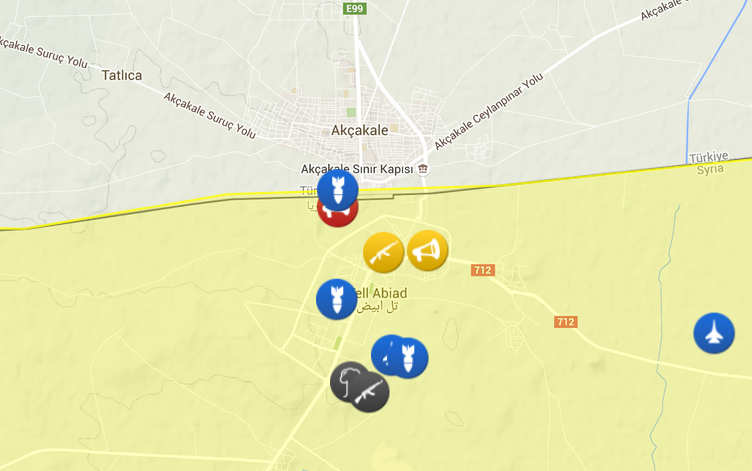 The US airstrikes might have actually come at the urging of Russia. As SkyNews reports:

Is this real life? Is the US teaming up with Russia to fight Turkey?