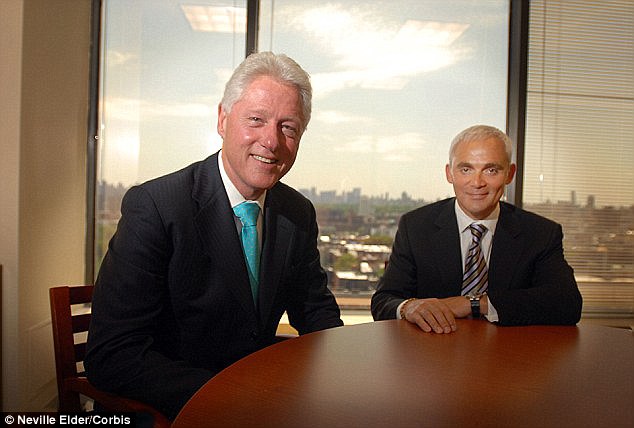 Finally the back story behind the Malheur Wildlife Refuge– and the Hammond ranch, as well as other ranches and surrounding the refuge surfaces. Rumors have now been confirmed the ranch lands do indeed contain a wealth of precious metals, minerals, and uranium that is coveted by not only the federal government, but foreign entities as well. Think TTIP….heck just think TPA. Or double heck just think NAFTA!

For now…just think Hillary and her foundation, for they are deeply implicated in this evil scheme along with the Russian State Nuclear Energy Corporation, Rosatom, and a few questionable Canadians. I wonder if Rafael Edward Cruz knows these Cuanuks?

Why not….after all this is all part of the North American Union and believe me Rafael Edward Cruz’s bill to rid states of the BLM and in turn do them a favor of allowing the states who can’t afford to financially maintain said lands to sell them to the PRIVATE SECTOR .   WHAT CRUZ WILL NEVER TELL YOU IS …. this is all part of the beauty of the United Nations New World Order Wildlands Act for the 21st Century Agenda. Those who were doubters, or thought it was just zealous chatter…..look and see. Behold the plan of deceit unfolds before your own eyes.

I wrote about this in another article and many thought I needed to adjust my tin foil hat for better reception. Folks you can shoot the messenger, but at the end of the day….how are you going to shoot the real enemy? After they shoot you, it’s too late- game over.

It appears, Rosatom State Atomic Energy Corporation from Russia wanted to expand their operations into America and needed a way in. So, in 2013, Rosatom acquired a Canadian company named Uranium One as part of a slick side deal involving multiple parties. The deal allowed the Russian’s to maneuver their way into the Continental United States as part of a vast and extensive plan to mine Uranium ore out of states like Wyoming and Oregon.

The deal was essentially brokered by Hillary and was run through the Clinton Foundation using Canadian-backed contributions as a cover. It seems Hillary learned from Obama the art of how to use a pen to sign away America to foreigners, or did Obama learn that from the Clintons? For with bleeding ink, Hillary sold one-fifth of America’s uranium resources to the Russians.

In April of 2015, the New York Times reported how the plan worked. Here are some of the excerpts to the story.

“Several leaders of the Canadian mining industry, who have been major donors to the charitable endeavors of former President Bill Clinton and his family. Members of that group built, financed and eventually sold off to the Russians a company that would become known as Uranium One.

Beyond mines in Kazakhstan that are among the most lucrative in the world, the sale gave the Russians control of one-fifth of all uranium production capacity in the United States. Since uranium is considered a strategic asset, with implications for national security, the deal had to be approved by a committee composed of representatives from a number of United States government agencies. Among the agencies that eventually signed off was the State Department, then headed by Mr. Clinton’s wife, Hillary Rodham Clinton.

As the Russians gradually assumed control of Uranium One in three separate transactions from 2009 to 2013, Canadian records show, a flow of cash made its way to the Clinton Foundation. Uranium One’s chairman used his family foundation to make four donations totaling $2.35 million. Those contributions were not publicly disclosed by the Clintons, despite an agreement Mrs. Clinton had struck with the Obama White House to publicly identify all donors. Other people with ties to the company made donations as well.

Shortly after the Russians announced their intention to acquire a majority stake in Uranium One, Mr. Clinton received $500,000 for a Moscow speech from a Russian investment bank with links to the Kremlin that was promoting Uranium One stock.

At the time, both Rosatom and the United States government made promises intended to ease concerns about ceding control of the company’s assets to the Russians. Those promises have been repeatedly broken, records show.”

So you see, there are still some nasty things and minor details that need to be taken care of to finish this PRIVATE SECTOR sale. Things like kicking the stinking American ranchers off their land.

Since when do presidents past and present, the secretary of state, and or private foundations have the executive privilege to sell off American land mining rights that they do not own? They do not. This is a big deal.