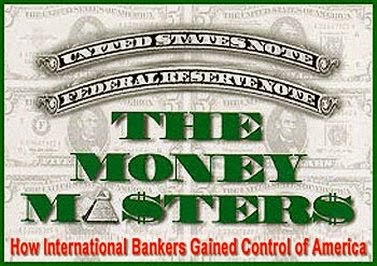 The greatest scam in history has been exposed — and has largely been ignored by the media. In fact, it’s still going on.

The specifics of a secret taxpayer funded “backdoor bailout” organized by unelected bankers have been revealed. The data release revealed “emergency lending programs” that doled out $12.3 trillion in taxpayer money ($16 trillion according to Dr. Ron Paul) — and Congress didn’t know any of the details.

According to the Public Record:

“The Federal Reserve was secretly throwing around our money in unprecedented fashion, and it wasn’t just to the usual suspects like Goldman Sachs, JP Morgan, Citigroup, Bank of America, etc.; it was to the entire Global Banking Cartel. To central banks throughout the world: Australia, Denmark, Japan, Mexico, Norway, South Korea, Sweden, Switzerland, England … We are talking about trillions of dollars secretly pumped into global banks, handpicked by a small select group of bankers themselves. All for the benefit of those bankers, and at the expense of everyone else.”

I recently had the pleasure of interviewing Congressman (TX) Dr. Ron Paul about these secret “backdoor bailouts” that amount to a staggering $16 trillion. (To get a better idea of just how much money this is, see What Does a Trillion Dollars Look Like?)

An AMAZING fact: The Federal bailout is more than the cost of the First World War, the Second World War, the Korean War, the Vietnam War, Marshall Plan, the New Deal, the Invasion of Iraq, and landing on the moon COMBINED!

And, with this bailout Obama has nearly created more debt than ALL the previous presidents COMBINED.

Dr. Paul is now the Chairman of the Congressional subcommittee overseeing the Federal Reserve, which as you may know, is a private entity yet largely responsible for our economic policies.

The Federal Reserve has now handed out multi-trillion dollar bailout packages to banks and big industries, and now, finally, people are starting to demand to know where all that money actually went – which is largely how Dr. Paul came to be the Chairman of this subcommittee in the first place.

To get answers, Dr. Paul, along with his son, has introduced legislation to enable an audit of the Federal Reserve. When asked what he thinks the audit might reveal, he says:

“The reason to have an audit is to find out what they’re hiding. The information they’re most protective of are the details of where many trillions of dollars used in the bailout went, and what the collateral was.”

As Dr. Paul points out, there’s no doubt that foreign banks have been major recipients of Federal Reserve funds.

“We want to know the details of what the agreements were,” Paul says, “and whether any of that money will be recouped.”

He also points out that an audit could reveal information that no one ever dreamed of, that the Federal Reserve never thought they’d be forced to reveal…

Why Everyone Needs to Educate Themselves about the Federal Reserve

People in general have been largely ignorant of how the Federal Reserve and our monetary- and economic system works, which has given them more or less free reign to run the show any which way they pleased. Fortunately, people are starting to catch on as the financial collapse brought the issue front and center.

At that time, many began to investigate and educate themselves further to understand what was happening.

Still, the conventional media have virtually ignored many of these issues, particularly the issue of international banks being on the receiving end of trillions of dollars of bailout money, which Public Record has dubbed “the biggest scam in world history.”

According to Dr. Paul, part of the problem is that the media simply do not understand the issues involved. But the media is also a tightly interwoven part of the management of the United States, and sometimes they simply do not want you to know exactly what’s going on.

However, “we do need to give media some credit,” Dr. Paul says, stating that both Bloomberg and FOX filed lawsuits under the Freedom of Information Act to get information about where the bailout money went.

Ron Paul does not worry about how we might abolish the Federal Reserve. “It will self-destruct,” he says. Rather, he worries that they’ll simply “patch” the old system with an international currency that we would have even less control over.

So, what’s the answer?

“I think the only thing that can protect our sovereignty and sound currency is to make sure enough people know and understand the issue, and demand that we once again become a sovereign nation,” he says.

Another important piece of legislation introduced by Dr. Paul is a bill that would allow you to opt out of the government-run health care plan without facing stiff fines for refusing to purchase health insurance.

“That way, no matter how bad our system gets, if we have a chance to opt out, it at least gives us some hope,” he says. “Hopefully we can just remove the mandate…”

He also suggests expanding medical savings accounts, and offering tax breaks for medical spending. I believe he’s right when he says that allowing people to take care of their own health without resorting to government-run options only will reduce the burden on the system.

“If we don’t, the system will collapse,” he says. “No one will have reasonable health care. Costs will go up, doctors will quit, and medical quality will go down.”

He believes that an opt-out option “might be something President Obama may be forced to accept.”

I hope so. There are still serious questions about whether or not mandating the purchase of health insurance is even constitutional.

A federal judge in Florida recently ruled that the individual mandate (the part of the law that forces you to purchase health insurance for yourself and your family) is unconstitutional, CNN reported on January 31. However, other judges have already ruled it constitutional, so the matter will now go to the US Supreme Court.

Should the Supreme Court decide that it violates the constitution, then it may have to be repealed. If they don’t, then Dr. Paul’s legislation would be of vital importance to provide you an option.

How YOU Can Be Part of the Solution!

In this interview, Dr. Paul reaffirms that numbers do matter when it comes to pressuring elected officials into action. Once a politician becomes convinced that it’s in their political interest to do something, they will act. So the key is coordinated and organized communication efforts with your Congressmen and other elected officials.

As Dr. Paul says, “they like their jobs.” And if they’re suddenly bombarded, not by tens but by thousands of their constituents, then the political reality is they’re forced to make a choice between keeping their post or satisfying lobbyists. If their voters are silent, then it’s easy to be swayed by lobbying groups. But if their jobs are on the line, it’s a different story.

I realize very few people take any pleasure whatsoever in getting politically active and involved, but it’s quite clear that politicians and large corporate interests have run amok for too long without sufficient feedback and involvement from the people. It’s time to re-engage and pay attention to what your elected officials are doing.

Dr. Paul suggests that health groups start to work together in a coordinated fashion with a clear goal in mind, such as supporting a particular piece of legislation.

If you’re feeling motivated you can even start a grassroots campaign on your own. The key is to get large numbers of people, to bring a loud and clear message to your elected officials. Last year I posted a helpful ten-point guide to organizing at the grassroots level, created by the director of Californians for Green Dentistry, Anita Vazquez Tibau. These tips are useful for any type of grassroots organization, so here they are again.

Organizing at the Grass Roots Level — 10 points for Success

Final Thoughts
We’re facing many problems these days. Both the economic system and the health care system are fatally flawed and broken.

It’s quite clear to me that the health care bill will do absolutely nothing to improve the health of Americans. And it would be a travesty to force all of those who WANT to take an active role in their health by implementing lifestyle changes to purchase health insurance that will not support anything but the conventional drug paradigm.

Fortunately Dr. Paul also understands the value of lifestyle in creating true health. Even with our hectic schedules we make time for exercise nearly every day. Dr. Paul walks two to three miles on most mornings, and rides his bicycle for about 10 miles in the evening, stating he values this time not just for its heart and lung benefits but also for the mental relaxation and stress relief it provides.

But despite these problems, it’s important to recognize that you do have power. You have the power to take control of your own health and improve your lifestyle, for starters. And, when your voice is combined with that of others, you have the power to sway politicians and incite beneficial change.