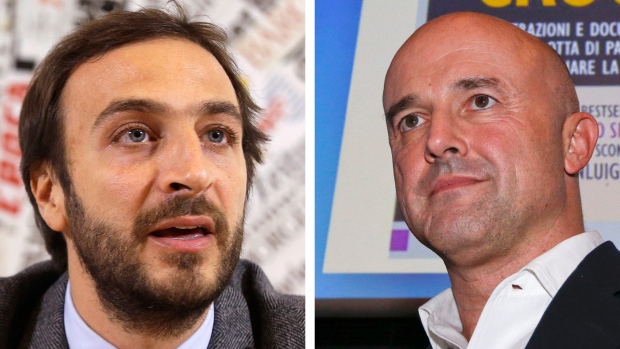 The Vatican has charged five people, including two journalists and a top priest or monsignor, over the leaking and publication of secret documents.

The documents were cited in two books, by journalists Emiliano Fittipaldi and Gianluigi Nuzzi, alleging misspending and corruption at the Vatican.

The journalists deny claims that they exerted pressure to obtain information.

Two members of a papal commission advising on economic reform, and an assistant, were also charged.

Monsignor Lucio Vallejo Balda, and his colleague on the commission, public relations expert Francesca Chaouqui, were arrested early in November.

Viewpoint: Has the Church really changed?

The books, “Merchants in the Temple” by Mr Nuzzi and “Avarice” by Mr Fittipaldi, included details of alleged corruption, theft and uncontrolled spending in the Holy See.

In a statement, the Vatican said magistrates “notified the accused and their lawyers of the charges filed… for the unlawful disclosure of information and confidential documents”.

Ms Chaouqui was released shortly after her arrest after pledging to co-operate with authorities. Monsignor Balda remains in a Vatican cell.

Both, along with assistant Nicola Maio, are accused of forming “a brotherhood of crime” and stealing documents, the Vatican said.

The two journalists have been charged with exerting pressure to obtain the information.

Mr Fittipaldi told local media he was “stunned” by the decision.

“Maybe I’m naive but I believed they would investigate those I denounced for criminal activity, not the person that revealed the crimes,” he said.

“I understand they are seriously embarrassed in the Vatican over the things in my book, especially because they could not deny any of it. But I didn’t expect a criminal trial.”

Mr Nuzzi told Reuters he had “never applied pressure on anyone”. He will discuss whether to attend Tuesday’s hearing with his lawyers.

Reporters without Borders issued a statement saying the journalists had “just exercised their right to provide information in the public interest and should not be treated as criminals in a country that supposedly respects media freedom.”

If convicted, all five could be jailed for up to eight years.