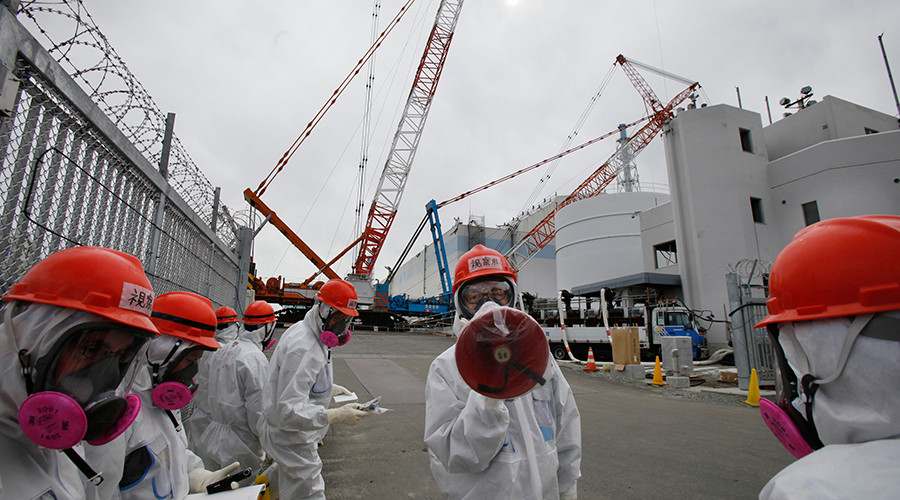 Fukushima’s reactor No.2 could have suffered a complete meltdown according to Japanese researchers. They have been monitoring the Daiichi nuclear power plant since April, but say they have found few signs of nuclear fuel at the reactor’s core.
Trends Fukushima nuclear disaster

The scientists from Nagoya University had been using a device that uses elementary particles, which are called muons. These are used to give a better picture of the inside of the reactor as the levels of radioactivity at the core mean it is impossible for any human to go anywhere near it.

However, the results have not been promising. The study shows very few signs of any nuclear fuel in reactor No. 2. This is in sharp contrast to reactor No.5, where the fuel is clearly visible at the core, the Japanese broadcaster NHK reports.

The team believes that 70 to 100 percent of the fuel has melted, though they did add that further research was needed to see whether any fuel had managed to penetrate the reactor

A report in May by the Tokyo Electric Power Company (TEPCO), which is the plant’s operator, said that a failure in reactor No.2’s pressure relief systems was one of the causes of the disaster. The team used a robot, which ventured into the building and measured radiation levels at various places, while also studying how much leakage had occurred from the control systems. 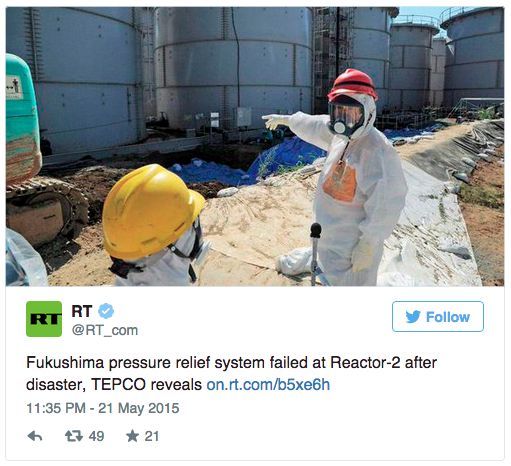 TEPCO has used 16 robots to explore the crippled plant to date, from military models to radiation-resistant multi-segmented snake-like devices that can fit through a small pipe.

However, even the toughest models are having trouble weathering the deadly radiation levels: as one robot sent into reactor No.1 broke down three hours into its planned 10-hour foray.

Despite TEPCO’s best efforts, the company has been accused of a number of mishaps and a lack of proper contingency measures to deal with the cleanup operation, after the power plant suffered a meltdown, following an earthquake and subsequent tsunami in 2011.

Recent flooding caused by Tropical Typhoon Etau swept 82 bags, believed to contain contaminated materials that had been collected from the crippled site, out to sea.

“On September 9th and 11th, due to typhoon no.18 (Etau), heavy rain caused Fukushima Daiichi K drainage rainwater to overflow to the sea,” TEPCO said in a statement, adding that the samples taken “show safe, low levels” of radiation.

“From the sampling result of the 9th, TEPCO concluded that slightly tainted rainwater had overflowed to the sea; however, the new sampling measurement results show no impact to the ocean,” it continued. 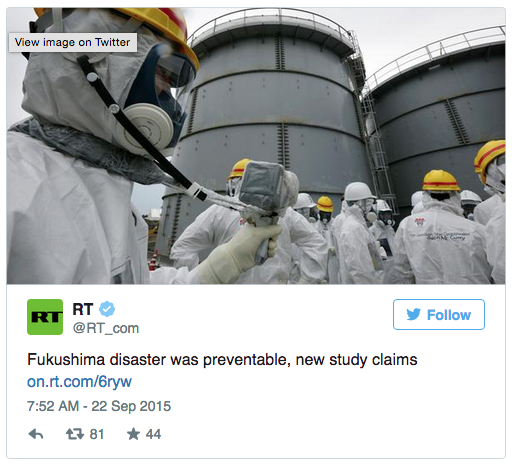 A recent study by the University of Southern California said the Fukushima disaster could have been prevented. One of the main faults cited was the decision to install critical backup generators in low-lying areas, as this was the first place the 2011 tsunami would strike, following the massive earthquake.

Backup generators are a key part of any nuclear power plant – they are essential to cool the plant in the event of power loss, in order to prevent a reactor meltdown. These generators were the first to be affected by the disaster, which the author describes as “a cascade of industrial, regulatory and engineering failures.”

Unable to cool itself, the Fukushima Daiichi power plant’s reactors fell like dominos. “What doomed Fukushima Daiichi was the elevation of the EDGs (emergency diesel generators),” the authors say. One such generator was installed in the basement, while the others were just 10 and 13 meters above sea level – an unacceptably low height, according to Costas Synolakis of USC’s Viterbi School of Engineering in Turkey.