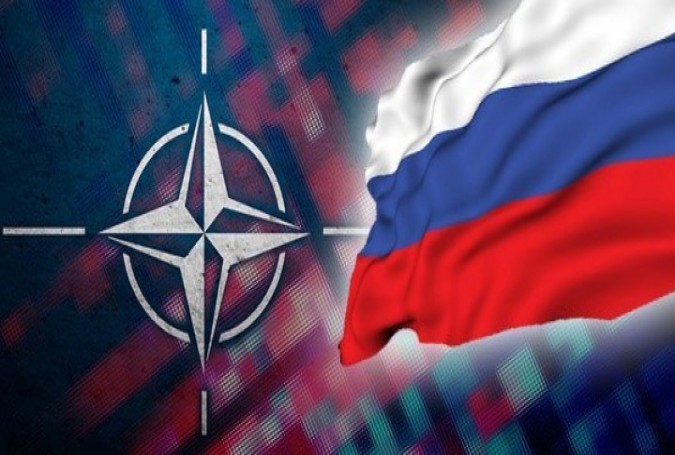 “The war has been provoked to destroy the Russian World, to draw Europe into it, and to surround Russia with hostile countries. Unleashing this world war, America is trying to deal with its own internal problems.”

March 10, 2015 “ICH” – “Counterpunch” – The fabrications of NATO’s top commander in Europe, General Philip Breedlove, have driven a wedge between Germany and the United States that could lead to a collapse of the Atlantic Alliance. According to the German news magazine, Der Spiegel, Breedlove has repeatedly sabotaged Chancellor Angela Merkel’s attempts to find a diplomatic solution to the war in Ukraine by spreading “dangerous propaganda” that is misleading the public about Russian “troop advances on the border, (and) the amassing of munitions and alleged columns of Russian tanks.” But while the unusually critical article singles out Breedlove for his hyperbolic exaggerations of so-called Russian aggression, the real purpose of the Spiegel piece is to warn Washington that EU leaders will not support a policy of military confrontation with Moscow.

Before we explain what’s going on, we need to look at an excerpt from the article. According to Spiegel:

“…for months now, many in the Chancellery simply shake their heads each time NATO, under Breedlove’s leadership, goes public with striking announcements about Russian troop or tank movements … it is the tone of Breedlove’s announcements that makes Berlin uneasy. False claims and exaggerated accounts, warned a top German official during a recent meeting on Ukraine, have put NATO — and by extension, the entire West — in danger of losing its credibility.

There are plenty of examples….At the beginning of the crisis, General Breedlove announced that the Russians had assembled 40,000 troops on the Ukrainian border and warned that an invasion could take place at any moment. The situation, he said, was “incredibly concerning.” But intelligence officials from NATO member states had already excluded the possibility of a Russian invasion. They believed that neither the composition nor the equipment of the troops was consistent with an imminent invasion.

The experts contradicted Breedlove’s view in almost every respect. There weren’t 40,000 soldiers on the border, they believed, rather there were much less than 30,000 and perhaps even fewer than 20,000. Furthermore, most of the military equipment had not been brought to the border for a possible invasion, but had already been there prior to the beginning of the conflict. Furthermore, there was no evidence of logistical preparation for an invasion, such as a field headquarters.
Breedlove, though, repeatedly made inexact, contradictory or even flat-out inaccurate statements.”…

On Nov. 12, during a visit to Sofia, Bulgaria, Breedlove reported that “we have seen columns of Russian equipment — primarily Russian tanks, Russian artillery, Russian air defense systems and Russian combat troops — entering into Ukraine.” It was, he noted, “the same thing that OSCE is reporting.” But the OSCE had only observed military convoys within eastern Ukraine. OSCE observers had said nothing about troops marching in from Russia.

Breedlove sees no reason to revise his approach. “I stand by all the public statements I have made during the Ukraine crisis,” he wrote to SPIEGEL in response to a request for a statement accompanied by a list of his controversial claims.”
(Breedlove’s Bellicosity: Berlin Alarmed by Aggressive NATO Stance on Ukraine, Der Spiegel)

While it’s easy to get swept up in the Spiegel’s narrative of a rabid militarist dragging Europe closer to World War 3, the storyline is intentionally misleading. As anyone who’s been following the Ukraine fiasco for the last year knows, there’s nothing particularly unusual about Breedlove’s distortions. Secretary of State John Kerry has made similar claims numerous times as have many others in the major media. The lies about “Russian aggression” are the rule, not the exception. So why has the Spiegel decided to selectively target Breedlove who is no more deceitful than anyone else? What’s really going on here?

Clearly, the Spiegel is doing Merkel’s work, that is, undermining the credibility of Washington’s chief commander in Europe in order to discourage further escalation of the conflict in Ukraine. But while Merkel wants to humiliate Breedlove to show that Germany will not sit on its hands while Washington plunges the region into the abyss; she has also shown considerable restraint in limiting her attack to the General while sparing Kerry and Obama any embarrassment. This is quite an accomplishment given that –as we said earlier–virtually everyone in the political establishment and the media have been lying nonstop about every aspect of the conflict. Merkel doesn’t want to discredit these others just yet, although the Spiegel piece infers that she has the power to do so if the “bad behavior” persists.

The Spiegel article is part of a one-two punch designed to force Washington to change its confrontational approach. The second jab appeared late Sunday afternoon when EU Commission President Jean-Claude Juncker announced that Europe needed to field its own army. Here’s the story from Reuters:

“The European Union needs its own army to face up to Russia and other threats as well as restore the bloc’s foreign policy standing around the world, EU Commission President Jean-Claude Juncker told a German newspaper on Sunday…

“With its own army, Europe could react more credibly to the threat to peace in a member state or in a neighboring state.

“One wouldn’t have a European army to deploy it immediately. But a common European army would convey a clear message to Russia that we are serious about defending our European values.” (Juncker calls for EU army, says would deter Russia, Reuters)

Can you see what’s going on? On the one hand, the Spiegel delivers a hammer-blow to the credibility of NATO’s top officer and on the other, the President of the EU Commission blindsides US powerbrokers by announcing a plan to create an independent EU fighting force that will render NATO redundant. These are big developments that have undoubtedly left the Obama troupe reeling. This is a full-blown assault on NATO’s role as the primary guarantor of EU regional security. Maybe the European people are gullible enough to accept Junker’s absurd claim that an EU army will “send an important message to the world”, but you can be damn sure that no one at 1600 Pennsylvania Avenue believes that nonsense. The move is clearly designed to send a message to Washington that Europe is fed up with NATO and wants a change. That means it’s “shape up or ship out time” for Breedlove and his ilk.

Ironically, these developments align Merkel with Putin’s view of things as stated in his famous Munich speech in 2007 when he said:

“I am convinced that we have reached that decisive moment when we must seriously think about the architecture of global security. And we must proceed by searching for a reasonable balance between the interests of all participants in the international dialogue … The United States, has overstepped its national borders in every way … And of course this is extremely dangerous. It results in the fact that no one feels safe. I want to emphasize this — no one feels safe.” (Russian President Vladimir Putin, 43rd Munich Security Conference, 2007)

How can the US possibly cast itself as “steward of the global security system”, when its interventions have left a trail of decimated failed states from the southernmost border of Somalia to the northern tip of Ukraine, a chaotic swathe of smoldering ruin and agonizing human suffering that rivals the depredations of the Third Reich.

Europe’s security requirements cannot be met by a belligerent, warmongering US-controlled entity that acts solely in Washington’s interests. At present, NATO gets 75% of its funding from the US, which is why the alliance is less interested in peacemaking and security than it is in internationalizing its imperial war of aggression across the planet. Prior to the crisis in Ukraine, European leaders didn’t see the danger of this idiotic arrangement (even though interventions in Serbia, Libya and Afghanistan should have brought them to their senses) But now that NATO’s recklessness could vaporize Europe in a nuclear firestorm, leaders like Merkel and Hollande are starting to change their tune. Keep in mind, the ideal scenario for the US would be a limited war that levels large parts of the European and Asian continents, thus restoring the US to its post WW2 heyday when the “rubblized” world was Washington’s oyster. That would be just fine for genocidal maniacs and armchair warriors who rule the globe from the safety of their well-stocked DC bunkers. But for Europe, this is definitely not a winning strategy. Europe doesn’t want a war, and it certainly doesn’t want to be used as cannon fodder for the greater glory of the dystopian NWO.

Putin advisor, Sergei Glazyev, figured out what Washington was up to long before Kiev launched its wretched “anti terrorism” campaign against federalist rebels in the East. Here’s how he summed it up:

“The main task the American puppet masters have set for the (Kiev) junta is to draw Russia into a full-scale war with Ukraine. It is for this purpose that all of these heinous crimes are committed – to force Russia to send troops to Ukraine to protect the civilian population…

The bankruptcy of the US financial system, which is unable to service its foreign debt, the lack of investments to finance a breakthrough to a new technological order and to maintain America’s competitiveness, and the potential defeat in the geopolitical competition with China. To resolve these problems, Americans need a new world war.” (Sergei Glazyev)

Bingo. The steadily-declining empire, whose share of global GDP continues to shrivel with every passing year, has wanted a war from the get go. That’s the only way that the US can reverse its precipitous economic slide and preserve its lofty spot as the world’s only superpower. Fortunately, EU leaders are beginning to pull their heads out of the sand long enough to grasp what’s going on and change their behavior accordingly.

It’s worth noting, that no one in the Merkel administration or anyone else for that matter, has publicly challenged the allegations in the Spiegel article. Why is that, do you think?

Of course, it does. The reason no one in power has spoken out is because –as the Spiegel cynically admits–“A mixture of political argumentation and military propaganda is necessary.”

Whoa. Now there’s an admission you’re not going to see in the media too often. But it’s the truth, isn’t it? The Euro-leaders have been going along with the lies to keep the public in line. In other words, it’s a healthy dose of perception management for the sheeple, but the unvarnished truth for our revered overlords. Sounds about right. Only now these ame elites have decided to share the facts with the lumpen masses. But, why? Why this sudden willingness to share the truth?

It’s because they no longer support Washington’s policy, that’s why. No one in Europe wants the US to arm and train the Ukrainian army. No one wants them to deploy 600 paratroopers to Kiev and increase US logistical support. No one wants further escalation, because no one wants a war with Russia. It’s that simple.

For the first time, EU leaders, particularly Merkel, understand that the United States’ strategic objectives (the pivot to Asia) do not align with those of the EU, in fact, Washington’s geopolitical ambitions pose a serious threat to Europe’s security. Regrettably, it’s not enough for Merkel to simply understand what is going on. She needs to huddle with her EU colleagues and take positive steps to derail Washington’s plan now, otherwise the US will continue its incitements and false flags until Putin is forced to respond. Once that happens, a broader and, perhaps, catastrophic conflagration will be unavoidable.