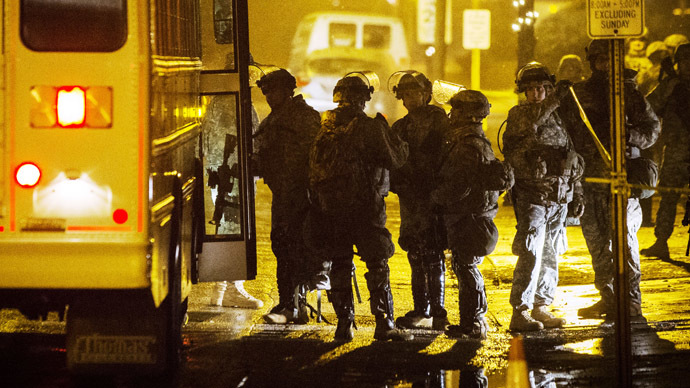 As elite branches of the US military prepare to hold military training in seven southwest states, with some troops operating incognito among civilians, some Americans fear the training is actually preparation for imposing martial law.

Operation Jade Helm, which is scheduled to kick off in July and run for eight weeks, will involve the participation of 1,200 troops from the US military’s most elite fighting forces, including Green Berets, Navy SEALS and Special Operations from the Air Force and Marines. 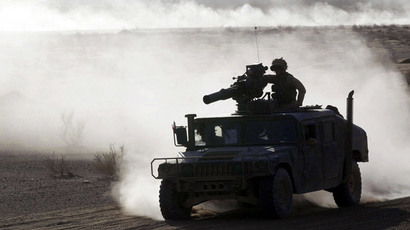 The troops will be participating in what has been called Realistic Military Training in towns in Arizona, California, Colorado, New Mexico, Nevada, Texas and Utah.

In an effort to simulate the type of battlefield conditions soldiers may face in foreign countries, the US military has designated the remote training areas where they will operate as in a “hostile” territory, a description that has irked some residents.

Meanwhile, Texans living in close proximity to the operation will be asked to report any “suspicious activity” during the exercise, a request that seems to contradict the belief laid out in the US military training document, leaked by The Houston Chronicle, that Texans are “historically supportive” of military efforts to “fight the enemies of the United States.”

The training exercise, according to Shadow Spear, a publication of USASOC, “will be conducted on private and public land with the permission of the private landowners, and from state and local authorities.”

“The most noticeable effect the exercise may have on the local communities is an increase in vehicle and military air traffic and its associated noise,” Shadow Spear said. Army Special Operation Command spokesman Mark Lastoria attempted to allay fears that the training is a actually an effort on the part of the military to practice “covert warfare tactics and martial law.” He said the domestic military operations are designed to develop “emerging concepts in special operations warfare,” and were not part of some kind of dark plans to take over the United States.

“That notion was proposed by a few individuals who are unfamiliar with how and why USASOC conducts training exercises,” he told Stripes, a US Army publication. “This exercise is routine training to maintain a high level of readiness for Army Special Operations Forces because they must be ready to support potential missions anywhere in the world on a moment’s notice.”

Paul Pape, a Bastrop County judge, also downplayed fears that the domestic military training was in reality rehearsal for full-blown martial law on the streets of America following some sort of major catastrophe.

“What I see here is an opportunity for a portion of our military to be better prepared and better trained to do work that has to be done to secure America’s interests around the world and here at home,”Pape told KEYE television in Austin, Texas. 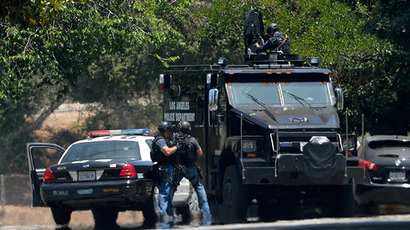 The explanations given for the training, however, has not stopped fierce speculation among a number of citizen groups and alternative media sites as to why the entire states of Texas and Utah, as well as a section of southern California, have been declared “hostile,” while portions of the military detachment will be operating in the shadows of communities.

“They’re having Delta Force, Navy SEALS with the Army trained to basically take over,”Info Wars’ Alex Jones railed Sunday. “Texas is listed as a hostile sector, and of course, we are… here defending the republic.”

This is not the first time that American urban areas have served as the training areas for US forces.

In December 2014, Americans were unsettled by the spectacle of US Special Forces black helicoptersbuzzing the skylines of major US cities, including Dallas and Los Angeles, part of what it described as training in “realistic urban sites.”

Now, the Special Forces boots will be on the ground in cities and towns across the country, and that has some people asking a lot of questions.