Is The Real 9/11 Government Conspiracy Plot Being Misrepresented By ‘Activists’? 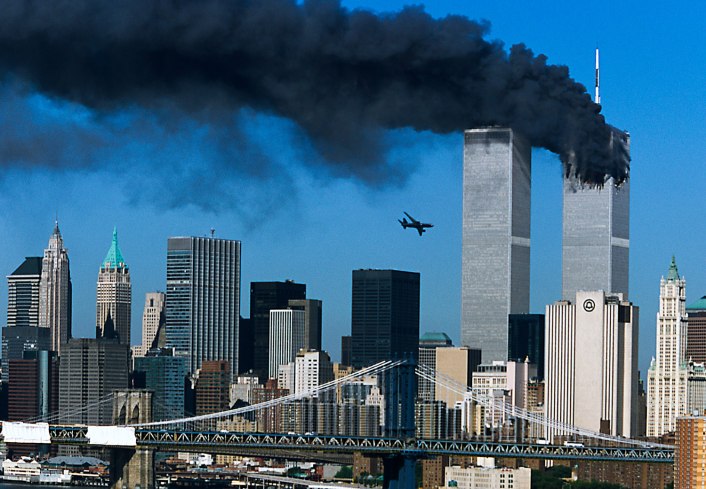 There is increasing evidence that the “9/11 truth movement” is, in actuality, a thoroughly controlled and infiltrated “clan” tasked with suppressing truth, not spreading it. Experts in counter-intelligence who have researched both materials and key individuals involved have found evidence that the “dead in the water” groups continue year after year for one purpose only, to represent a “point of focus” away from leaked materials that have, in actuality, entirely solved “the 9/11 mystery.”

As 9/11 is exposed in a wider context, not only as a preliminary to the War on Terror, but a decade of staged “color revolutions” and false flag terrorism, of phony insurgencies and “cardboard Lothario” bad guys, it has become clear that activist groups and the “alternative media” are nearly all run by police and intelligence organizations with ties to Israel and the “compromised” governments of the West.

On September 24, 2104, British Prime Minister David Cameron spoke before the United Nations. His topic was extremism and how it threatened what he believes to be “security.” However, the cause for his speech wasn’t a terror threat, not ISIS, not Al Qaeda or even Iran. Cameron was attacking an American based military publication, Veterans Today.

This is what Cameron said:

“As evidence emerges about the backgrounds of those convicted of terrorist offences, it is clear that many of them were initially influenced by preachers who claim not to encourage violence, but whose world view can be used as a justification for it. We know this world view.

The peddling of lies: that 9/11 was a Jewish plot or that the 7/7 London attacks were staged. The idea that Muslims are persecuted all over the world as a deliberate act of Western policy. The concept of an inevitable clash of civilisations.

We must be clear: to defeat the ideology of extremism we need to deal with all forms of extremism – not just violent extremism.

For governments, there are some obvious ways we can do this. We must ban preachers of hate from coming to our countries. We must proscribe organisations that incite terrorism against people at home and abroad. We must work together to take down illegal online material…”

Cameron is advocating a complete press lock down, overturning the remaining platforms of free speech and using police and intelligence agencies to war on investigative journalists through criminalizing those exposing treason and treachery.

The Murdoch/News of the World scandal, the Chilcott Inquiry, the Saville investigation, all suppressed as they built a mosaic of treason, ritual child sexual abuse and complicity in espionage and terrorism on the part of a government under the control of a Masonic cult. The number of whistleblowers arrested or assassinated grows daily. This is the legacy of Cameron, following Tony Blair’s example, as British complicity in terrorism against the Ukraine becomes increasingly apparent.

Cameron’s speech is in direct response to a challenge to the harmless conspiracy theory peddlers undermined when knowledge of real 9/11 investigations citing a US government nuclear demolition conspiracy were leaked, published and broadly confirmed as well.

Cameron spoke of “Jews” being blamed but, in truth, his own government is just as involved, not just in 9/11 but in terrorism, war crimes and broad corruption at home as well. This is what drove Cameron to mention the heretofore unmentionable, a “Jewish 9/11.”

On May 24, 2014, the former Moscow bureau chief of a major news organization contacted Veterans Today. A copy, partially redacted of a 2003 report citing the use of nuclear weapons in the demolition of the World Trade Center was forwarded, reputedly from Russian intelligence. A note with it said it was “not from Edward Snowden.”

The report had been given; the message went on, to CNN who refused to even acknowledge receiving it. In this report, a preliminary finding submitted, as was verified by numerous sources, to the Bush White House, congressional leaders, Federal prosecutors and Pentagon officials, scientific evidence of nuclear demolition devices was outlined including specifics on their nature, where they were planted, how they were made and a detailed background on their origin, W54 warheads made from Hanford plutonium, listed as in inventory at the Pantex storage facility in Amarillo, TX.

In August of 2014, a second set of documents was received from the same source, outlining a long term investigation into nuclear weapons theft and espionage involving key members of the US government, supporters of Israel, and a number of high profile individuals including the Israeli prime minister, a former New York City mayor and a director of the Department of Homeland Security.

Each document included key specifics, exact placement of nuclear demolitions, detailed scientific analysis and very specific evidence of a criminal conspiracy including detailed specifics of a much wider 9/11 plot. The positions of radio jammers, safe houses and exfiltration routes were published as well and confirmed by Able Danger team members who took part in the surveillance.

A recent Veterans Today article outlines some of the most damning findings and links to technical papers and findings that were legally publishable.

Some of the material submitted, according to legal experts, could only be paraphrased or published in altered form, including documents with specifics on nuclear weapon design never declassified, materials however, handed over to Israeli intelligence by an assistant to President George W. Bush.

According to an eye witness, three members of the National Security Council were present during a handoff of nuclear pit data to a foreign age, one a former Secretary of State and another an editor at Veterans Today who recorded the transaction for Able Danger/FBI investigators.

The third was Paul Wolfowitz.

Gwyneth Todd, former member of the National Security Council and advisor to President’s Clinton and Bush, fled to Australia after an assassination attempt orchestrated by the Bush White House. Todd, wife of an Australian defense official, while in Australia, survived a kidnap/murder attempt by reputed FBI agents, a story published in the Sydney Morning Herald, Washington Post and subject of an Australian Broadcasting Corporation news documentary.

American investigative journalist Stew Webb is has compiled a list of purported “free speech” news sources funded or controlled by intelligence agencies and organized crime. Most are heavily “anti-Obama.” They became such when the rift between the Obama administration and Israel widened. Efforts to cleanse the US military and CIA of “Israel firsters” including those tied to the theft of nuclear weapons or supplying terrorist groups with weapons and training, are railed against. The Iranian news platform Press TV, often seemingly unknowingly carries articles attacking President Obama for opposing sanctions against Iran.

Webb’s “Filth Watch” has identified dozens of would be activists or “progressives” as FBI informants, many with “cookie cutter” personal histories of petty crime and fraud, arrests and charges put on hold while the “FBI stooges” are reborn infiltrators, agent provocateurs or, recently, race war agitators.

Israeli Prime Minister, in the Able Danger investigation documents, is cited as an active planner of the 9/11 attacks. This revelation was published only short weeks before Cameron’s speech attacking those who tied “Jews’ to 9/11. Able Danger, and FBI/Pentagon investigation, is the source of the information Cameron found so offensive, an investigation whose findings were made available to his predecessor, Tony Blair, someone also “read in” on the 9/11 2003 report citing that event as nuclear demolition.

We are told Cameron, who as a young civil servant, accompanied Dr. David Kelly to South Africa to investigative Israeli involvement in nuclear proliferation, was “read in” as well.

Few at high levels in government, military or the security services haven’t seen the documents outlining the theft and sale of nuclear weapons, of the cruise missile hitting the Pentagon or aren’t aware that ISIS, Boko Harum, Al Qaeda and the Kiev junta aren’t one in the same.

Netanyahu is scheduled to come to the US, invited by opposition party leaders closely tied to the anti-Obama wing of the phony alternative media. Netanyahu will call for a war against Iran but will lobby for a financial war on Russia and China, a war he hopes will go from “cold” to “hot.”

This week, the Obama administration is forcing the resignations of those members of “clandestine services” who are loyal to Netanyahu. The press has wind of this and is presenting this as a reaction to the recent torture report. This isn’t true.

The greater threat is CIA narcotics dealing and the fact that the CIA clandestine organizations that run heroin from Afghanistan, originally using the rendition program as cover, are also arming ISIS from bases in Libya, staged the Benghazi attack and are involved in terrorism in the Ukraine as well including the shoot down of Malaysian Airlines flight MH17.

Netanyahu was scheduled to meet with his CIA and Pentagon friends, those long compromised, drug money or blackmail, that with their counterparts in Britain and France, are responsible for most terror attacks around the world.

When publications supposedly aligned with Iran or Palestinian rights, attack Obama and Secretary Kerry for their refusal to meet with Netanyahu, for their refusal to be seen with him after the spurious Paris terror “circus,” too few choke on the blatant inconsistencies.