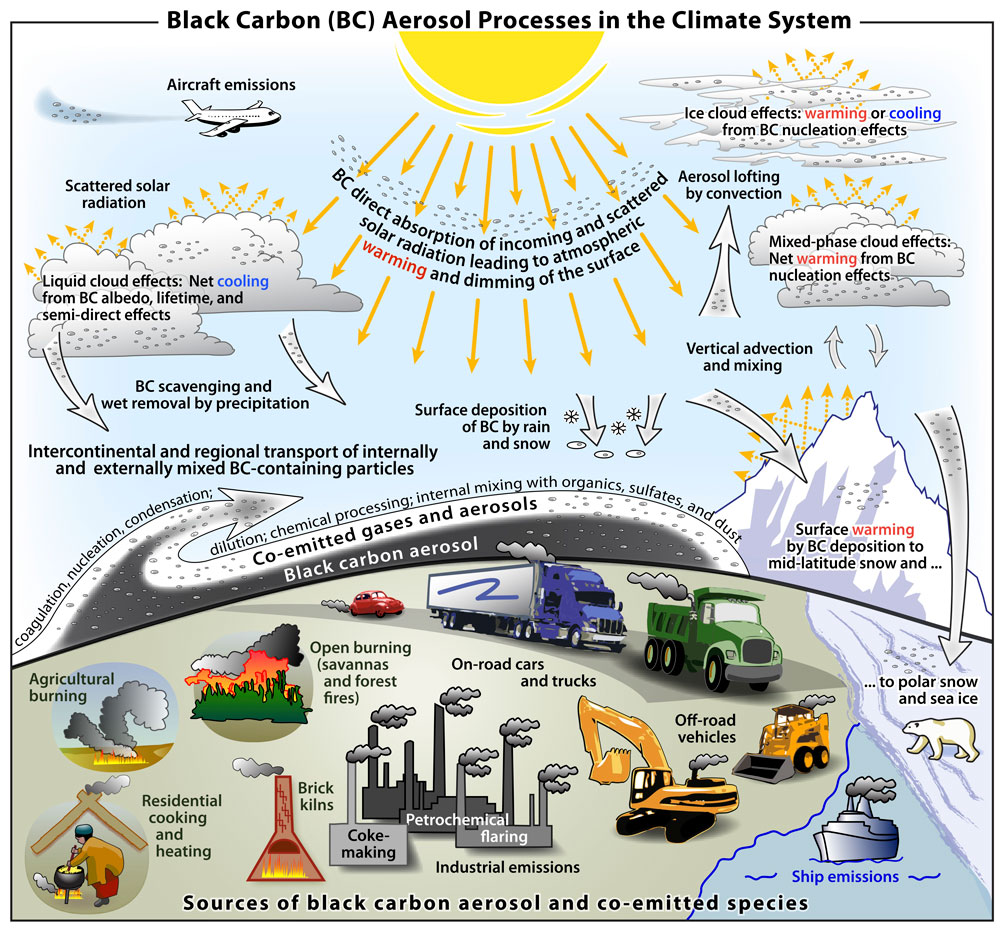 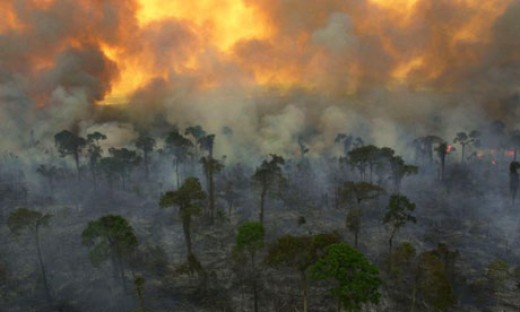 The biggest source of black carbon emissions is the burning of forest and savannah grasslands. Photograph: Dado Galdier / AP

Soot from burned wood and diesel exhausts may have twice the impact on global warming than previously thought, according to a new study published on Tuesday.

The “black carbon” is said to be the second most important man-made agent of climate change.

The findings, published in the Journal of Geophysical Research Atmospheres, suggest there may be untapped potential to curb global warming by reducing soot emissions.

Huge quantities of man-made soot enter the atmosphere every year. Around 7.5m tonnes was released in 2000 alone, according to estimates. It has a greenhouse effect two-thirds that of carbon dioxide, and greater than methane.

The biggest source of soot emissions is the burning of forest and savannah grasslands. But diesel engines account for about 70% of emissions from Europe, North America and Latin America.

In Asia and Africa, wood burning domestic fires make up 60% to 80% of soot emissions. Coal fires are also a significant source of soot in China, parts of Eastern Europe, and former Soviet bloc countries.

Soot warms the atmosphere by absorbing incoming and scattered heat from the Sun.

It also promotes the formation of clouds, and generates further warming by dimming the reflective surface of snow and ice.

The study, which involved 31 leading experts from around the world, reviewed all the available data on the impact of soot on climate.

Dr David Fahey, one of the authors from the US National Oceanic and Atmospheric Administration (NOAA), said: “This study confirms and goes beyond other research that suggested black carbon has a strong warming effect on climate, just ahead of methane.”

His colleague Prof Piers Forster, from the University of Leeds’ School of Earth and Environment, said: “There are exciting opportunities to cool climate by cutting soot emissions, but it is not straightforward.

“Reducing emissions from diesel engines and domestic wood and coal fires is a no-brainer, as there are tandem health and climate benefits.

“If we did everything we could to reduce these emissions, we could buy ourselves up to half a degree less warming – or a couple of decades of respite.”

However, curbing the impact of soot may not be a simple process, the researchers pointed out. Typically soot was emitted along with other particles and gases that may actually cool the climate.

Organic matter in the atmosphere produced by open vegetation burning may have an overall cooling effect, for instance. But other reduction targets are likely to have a clear benefit, say the experts.

“One great candidate is soot from diesel engines,” said Forster. “It may also be possible to look at wood and coal burning in some kinds of industry and in small household burners. In these cases, soot makes up a large fraction of their emissions, so removing these sources would likely cool the climate.”

Tackling soot would have an almost immediate effect, because of the short amount of time it stays in the atmosphere.

While the leading greenhouse gas carbon dioxide remains in the atmosphere for long periods, soot emissions are washed out within a few weeks and then replaced.

“Soot mitigation is an immediate effect but helps for a short time only,” said Forster. “We will always need to mitigate C02 to achieve long-term cooling.”