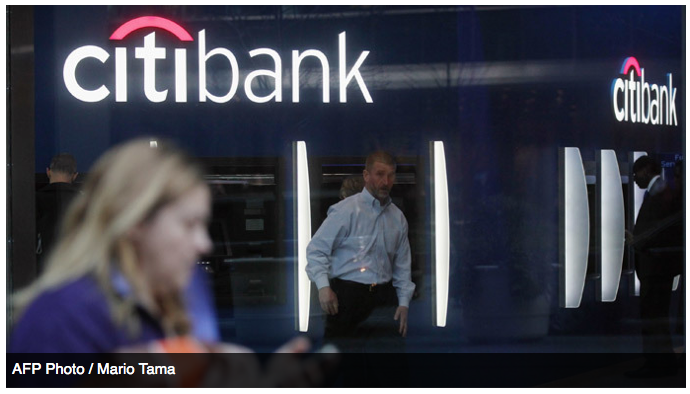 In TTIP talks the US and the EU are working on behalf of big businesses trying to attack the most prized social and environmental standards that people have fought for years to uphold and develop, executive director of War on Want John Hilary told RT.

RT: Italy has written to its EU partners calling for the details of talks on the vast trade deal with the United States to be made public. What do you think about this initiative?

John Hilary: I think it is a very important initiative on the part of Italy because we have been told that the details of the EU-US trade deal are completely secret. They have put a 30-year ban on all the key documents that we would like to see to really open up the heart of these negotiations. The main [thing] what Italy is calling for here is absolutely right: there needs to be a great deal of transparency to shed light on that moment, to the completely secret negotiations. The problem really is though that Italy is only asking for a particular piece of information to be made public, which actually has been leaked many months ago. So in a way they are trying to deal with something which is no longer an issue. The key documents that we need to see are the US documents, which are completely and utterly barred to all members of the public.

RT: Why are they unwilling to reveal details?

JH: The first reason for the secrecy is because the European Commission and the US trade representatives, they know that if people really find out about what was going on in these negotiations, there would be up in arms. There is already outrage across the whole of Europe, about what we have already learned about the TTIP, so if people really could see line by line what is being negotiated away behind closed doors, than there will be a revolution on the streets. And I think that terrified them, that’s why they tried to keep it all in secret.

RT: Is there a really such a need to ring the alarm bell?

JH: We have seen already that the US government has made it clear that they are not interested in the usual trade negotiations which we have known during the past 60 years or so. Those tend to focus on the tariff barriers, the import taxes that were charged for the goods imported into other countries. That is not really at stake here in the EU-US negotiations because the tariff barriers between the EU and the US are already at minimal levels. What they’ve said is in play now are the regulations, the standards, that means the environmental standards, the labor standards and all other social safety net that we enjoy in Europe. And that means food standards, all of the food safety regulations that we have built up in Europe over decades.

These are precisely the regulations that have been targeted by big businesses in the US for removal. Why? Because they say that there are unwarranted barriers to them to be able to make the profits that they wish to make trading and investing in Europe, but for people in Europe these are the most prized social and environmental standards that we have fought for years to uphold and develop. So the idea that we should just keep them away just to satisfy big business in the USA, that’s unconscionable.

Similarly, the EU is working on behalf of big business in Europe to try to exercise the same thing in the US. For example, after the big financial crash of 2008 the US government introduced new laws, new regulations on banks and other financial services – the City of London in the UK, also the French and German banks would much rather not have to meet these new standards, so they are lobbying the European Commission to try to get rid of these standards as well, which means it is basically attack on people, society and environment in both Europe and the USA by big business which has no care for any of them.

RT: How has public opinion on the TTIP deal changed since talks began?

JH: I think it depends on which country you are talking about. We have already seen it in Germany, there is a very high awareness of TTIP, of these new negotiations and they are regularly in the newspapers, on television and people by and large are very opposed to it. Recent polls that we have seen suggest 55 percent of people in Germany are against new TTIP negotiations and only 30 percent or so are in favor. In Britain it is really well-known among activists, among trade unionists, partly because one of the big threats of the negotiations is that according to the EU Commission’s own statistics it will cost at least one million jobs in Europe and the US combined. That means [that] at the time of huge unemployment in Europe and the US another one million people will lose their jobs as a direct result of these negotiations. And that is why gradually more and more trade unionists are becoming really upset about it. But it is clear that we still have a job to do to get the vast masses of the general public across the whole of Europe to learn about it. Yes, in some countries they already know, but in others there is still quite a lot of work to do.