The Federal Reserve Has Ventured Into New And Dangerous Territory 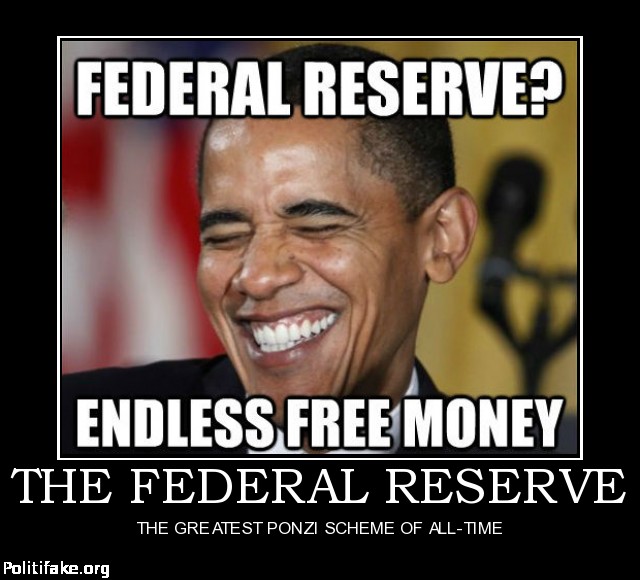 Thanks to the Fed, the Patient Is Now Past the Point of No Return

Many commentators consider what the Fed has done to be akin to providing stimulus, morphine, juice to an ailing economy.

We believe Fed’s actions would be more appropriately described as permitted cancerous beliefs to spread throughout the financial system, thereby killing Democratic Capitalism which is the basis of the capital markets.

Today we’re going to explain what the “final outcome” for this process will be. The short version is what happens to a cancer patient who allows the disease to spread unchecked (death).

In the case of the Fed’s actions we will see a similar “death” of Democratic Capitalism and the subsequent death of the capital markets.

We are, of course, talking in metaphors here: the world will not end, and commerce and business will continue, but the form of capital markets and Capitalism we are experiencing today will cease to exist as the Fed’s policies result in the market and economy eventually collapsing in such a fashion that what follows will bear little resemblance to that which we are experiencing now.

The focus of this “death” will not be stocks, but bonds, particularly sovereign bonds: the asset class against which all monetary policy and investment theory has been based for the last 80+ years.

Indeed, basic financial theory has proposed that sovereign bonds are essentially the only true “risk-free” investment in the world. While history shows this theory to be false (sovereign defaults have occurred throughout the 20th century) this has been the basic tenant for all investment models and indeed the financial system at large going back for 80 some odd years.

The reason for this is that the Treasury (US sovereign bond) market is the basis of the entire monetary system in the US and the Global financial system in general. Indeed, US Treasuries are the senior most assets on the Primary Dealers’ (world’s largest banks) balance sheets. To understand why this is as well as why the Fed’s policies will ultimately destroy this system, you first need to understand the Primary Dealer system that is the basis for the US banking system at large.

If you’re unfamiliar with the Primary Dealers, these are the 18 banks at the top of the US private banking system. They’re in charge of handling US Treasury Debt auctions and as such they have unprecedented access to US debt both in terms of pricing and monetary control.

The Primary Dealers are:

You’re bound to recognize these names by the mere fact that they are the exact banks that the Fed focused on “saving” thereby removing their “risk of failure” during the Financial Crisis.

These banks are also the largest beneficiaries of the Fed’s largest monetary policies: QE 1, QE lite, QE 2, etc. Indeed, we now know that QE 2 was in fact was meant to benefit those Primary Dealers in Europe, not the US housing market. The same goes for QE 3 and QE 4.

The Primary Dealers are the firms that buy US Treasuries during debt auctions. Once the Treasury debt is acquired by the Primary Dealer, it’s parked on their balance sheet as an asset. The Primary Dealer can then leverage up that asset and also fractionally lend on it, i.e. create more debt and issue more loans, mortgages, corporate bonds, or what have you.

Put another way, Treasuries are not only the primary asset on the large banks’ balance sheets, they are in fact the asset against which these banks lend/ extend additional debt into the monetary system, thereby controlling the amount of money in circulation in the economy.

When the Financial Crisis hit in 2007-2008, the Fed responded in several ways, but the most important for the point of today’s discussion is the Fed removing the “risk of failure” for the Primary Dealers by spreading these firms’ toxic debts onto the public’s balance sheet and funneling trillions of dollars into them via various lending windows.

In simple terms, the Fed took what was killing the Primary Dealers (toxic debts) and then spread it onto the US’s balance sheet (which was already sickly due to our excessive debt levels). This again ties in with my “cancer” metaphor, much as cancer spreads by infecting healthy cells.

When the Fed did this it did not save capitalism or the Capital Markets. What it did was allow the “cancer” of excessive leverage, toxic debts, and moral hazard to spread to the very basis of the US, indeed the entire world’s, financial system: the US balance sheet/ Sovereign Bond market.

These actions have already resulted in the US losing its AAA credit rating. But that is just the beginning. Indeed, few if any understand the real risk of what the Fed has done.

The reality is that the Fed has done the following:

2)   Called the risk profile of US sovereign debt into question: foreign investors, now fully aware that the US’s balance sheet is suspect (the US has lost its AAA credit rating), are dumping Treasuries (see China and Russia).

3)   Put the entire Financial System (not just the private banks) at risk.

The Financial System requires trust to operate. Having changed the risk profile of US sovereign debt, the Fed has undermined the very basis of the US banking system (remember Treasuries are the senior most asset against which all banks lend).

Moreover, the Fed has undermined investor confidence in the capital markets as most now perceive the markets to be a “rigged game” in which certain participants, namely the large banks, are favored, while the rest of us (including even smaller banks) are still subject to the basic tenants of Democratic Capitalism: risk of failure.

This has resulted in retail investors fleeing the markets while institutional investors and those forced to participate in the markets for professional reasons now invest based on either the hope of more intervention from the Fed or simply front-running those Fed policies that have already been announced.

Put another way, the financial system and capital markets are no longer a healthy, thriving system of Democratic Capitalism in which a multitude of participants pursue different strategies. Instead they are an environment fraught with risk in which there is essentially “one trade,” and that trade is based on cancerous policies and beliefs that undermine the very basis of Democratic Capitalism, which in the end, is the foundation of the capital markets.

In simple terms, by damaging trust and permitting Wall Street to dump its toxic debts on the public’s balance sheet, the Fed has taken the Financial System from a status of extremely unhealthy to terminal.

The end result will be a Crisis that makes 2008 look like a joke. It will be a Crisis in which the US Treasury market and sovereign bonds in general implode, taking down much of the US banking system with it (remember, Treasuries are the senior most assets on US bank balance sheets).

We cannot say when this will happen. But it will happen. It might be next week, next month, or several years from now. But we’ve crossed the point of no return. The Treasury market is almost entirely dependent on the Fed to continue to function. That alone should make it clear that we are heading for a period of systemic risk that is far greater than anything we’ve seen in 80+ years (including 2008).

The Fed is not a “dealer” giving “hits” of monetary morphine to an “addict”… the Fed has permitted cancerous beliefs to spread throughout the financial system. And the end result is going to be the same as that of a patient who ignores cancer and simply acts as though everything is fine.

That patient is now past the point of no return. There can be no return to health. Instead the system will eventually collapse and then be replaced by a new one.a

This concludes this article. If you’re looking for the means of protecting your portfolio from the coming collapse, you can pick up a FREE investment report titled Protect Your Portfolio at http://phoenixcapitalmarketing.com/special-reports.html.

This report outlines a number of strategies you can implement to prepare yourself and your loved ones from the coming market carnage.