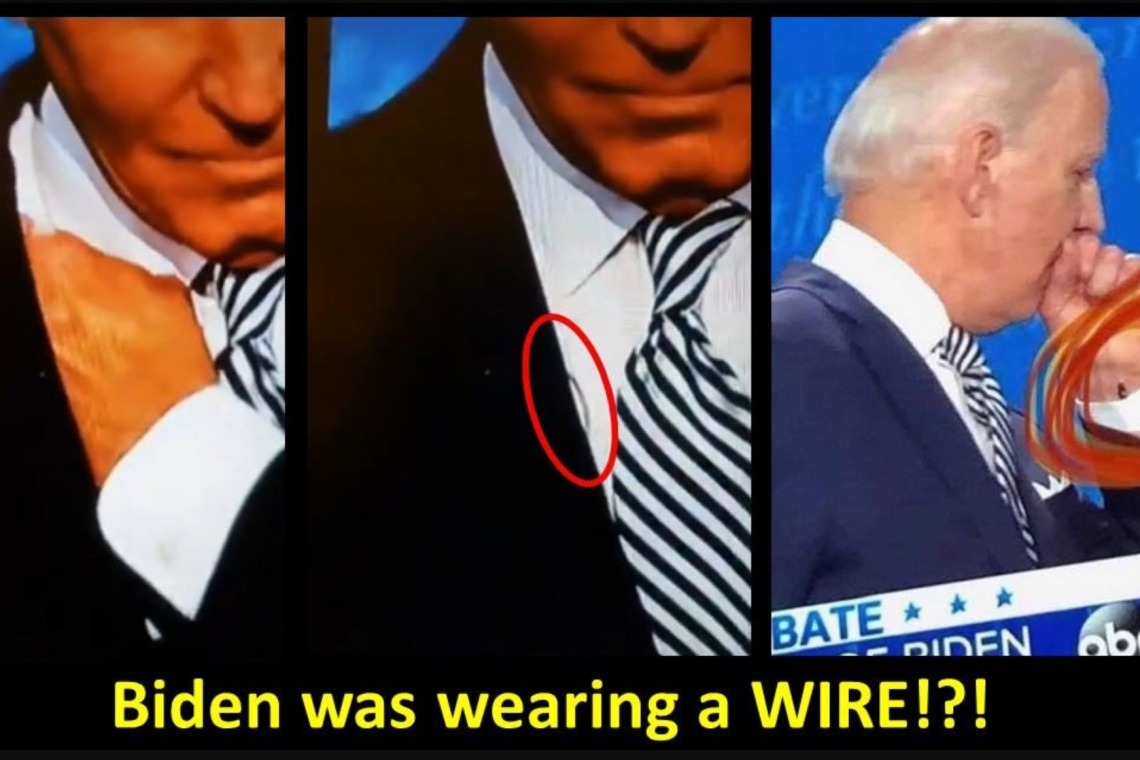 Wait … it get’s worse. The debate from start to finish was set up to favor Biden and trash Trump.

There are very good reasons why Trump had no choice but to blow up the debate.

It should have been clear to every objective viewer that Chris Wallace was a full-fledged member of Team Biden.

Given this obvious reality, the Wallace-Biden co-conspirators left Trump with no option but to act like a bull in the china shop to knock down the entire debate venue, which he did with great success!

Trump’s main mission during his first term is to completely demolish Deep State, the Democrat Party and the New World Order globalist cabal.  These 3 debates offer an excellent opportunity for Trump to do just that.

Being a political wrecking ball par excellence, it’s clear Trump will destroy the fake presidential debate platform, once and for all.   And, especially for the good of the country.

Not only did Chris Wallace and Biden collude to fix the debate outcome, Wallace also permitted Biden to get away with transparent cheating throughout the debate.

Not only was Biden caught wearing a wire, he was also consulting pre-written notes that he frequently referred to from the beginning until the end. (See references posted below.)

And, Biden didn’t even care if he got caught.  He knew he would be protected by moderator Wallace, which he was.

Both Wallace and Biden went about their cheating schemes so casually like two schoolboys taking advantage of the back corner of a classroom.  That’s because they knew they would be covered by the entire mainstream media, which has proven to be the case.

The Democrats, agents of Deep State and the NWO globalists collaborating together exert so much control over all three debate venues that they know they can get away with virtually anything.

Likewise, the Commission on Presidential Debates has always been so virulently anti-Trump that they reflexively overlook any transgressions the Democrats might commit.

In light of this ever-worsening predicament, they leave Trump with no option but to make sure the tradition of presidential debates crashes and burns.  Only in this way can a new debate program and format be created that will function as a fair and honest and just debating platform.

Until that happens, the hopelessly corrupt Commission on Presidential Debates needs to be dissolved and the debates need to be suspended post-haste.

And, you can thank Trump for exposing this whole charade and quadrennial sham.