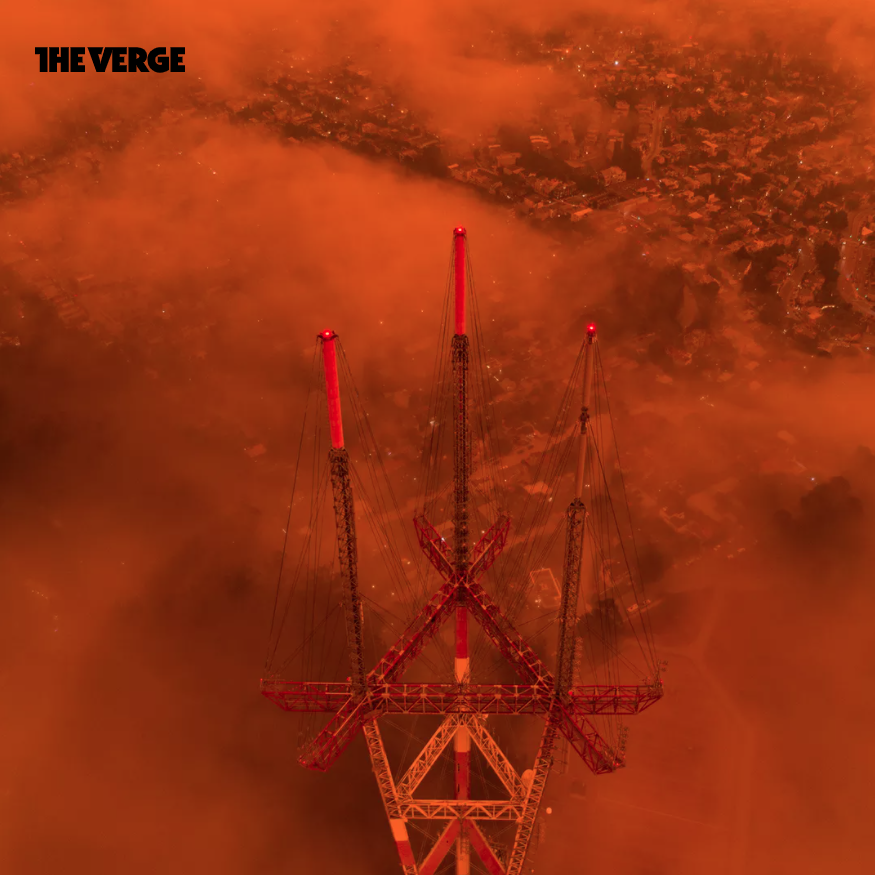 THE SKY IS ON FIRE IN SAN FRANCISCO, AND WE FLEW A DRONE THROUGH IT

Millions of acres are burning across the West Coast

By Justine Calma | THE VERGE
Photography by Vjeran Pavic

Wildfires have already burned a record 2.3 million acres across California this year. Swathes of the Pacific Northwest are ablaze, too, in what Oregon Gov. Kate Brown called a “once in a generation event.” Strong winds that followed record-breaking heat over Labor Day weekend have made a bad fire situation even worse.

The eerie orange color of the San Francisco sky was caused by smoke high in the atmosphere, as the local air quality agency explained on Twitter.

“We just have so much smoke over us right now,” the Bay Area’s National Weather Service tweeted today. “This is beyond the scope of our models so we rely on your reports! …. The models do not seem to be keeping up with the thick layer of smoke as far as temperature forecast data, visibility.” As the winds taper off, gravity will pull the smoke down. That could mean darker skies and even worse air quality later today, according to NWS.

The smoke was so thick it messed up weather forecasts. The National Weather Service (NWS) didn’t account for how much the smoke would block out sunlight, Roger Gass, a meteorologist with NWS, told The Verge. NWS San Francisco Bay Area models forecast temperatures to be 80 degrees Fahrenheit in parts of San Francisco today, but actual temperatures were up to 20 degrees lower, thanks to the smoke. That’s why they’re hoping people in the city will post their own weather reports on Twitter — so they can adjust their models on the fly.

Blazes like the ones currently overpowering the West Coast have become more frequent and intense as a result of climate change. Fire seasons have grown longer, and larger areas of land are going up in flames.

William Poor and Mary Beth Griggs contributed to this report.

Correction Sep. 9th, 4:45pm: These pictures were taken on Wednesday morning. An earlier version of this post stated these photos were taken on Thursday. We regret the error.