SUPERSTORM TYPHOON HAGIBIS: Why are the NWO globalists attacking Tokyo with the geoengineered weather weapon? 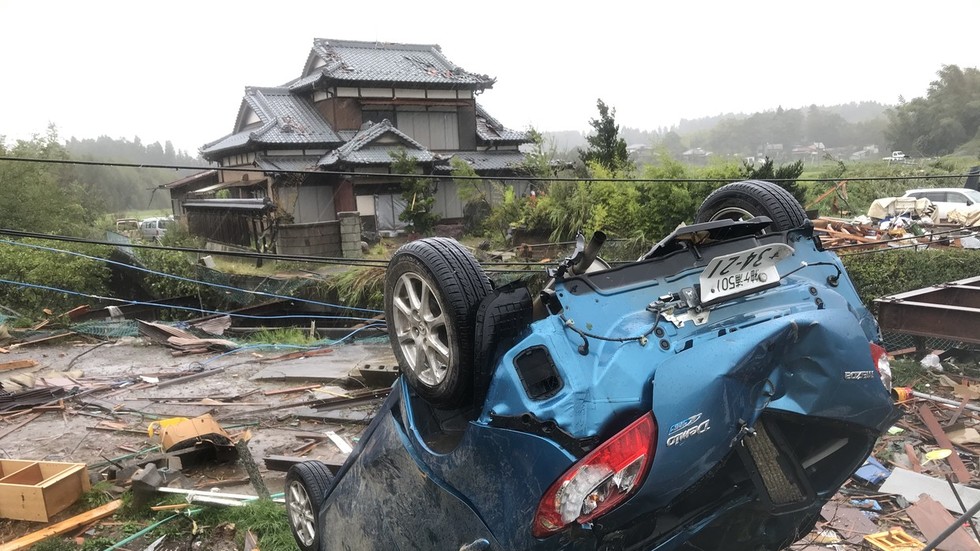 A car is overturned in Chiba Prefecture near Tokyo, Japan, on October 12. © Xinhua/Deng Min via Global Look Press

SUPERSTORM TYPHOON HAGIBIS: Why are the NWO globalists attacking Tokyo with the geoengineered weather weapon?

>More than 1.6 million people have been ordered to evacuate as Japan gears up for potentially record breaking wind and rain as Typhoon Hagibis claims its first victim before even making landfall.

Winds are set to reach 216km/h (134mph) and trigger floods and landslides when the monster storm barrels into central or eastern Japan on Saturday, the country’s Meteorological Agency has warned.

The sky turned a dark shade of purple on Saturday evening and residents shared striking images of the startling specticle on their social media platforms.

Ahead of the massive storm crashing into the main island of Honshu, it already claimed its first victim as a man was killed when a vehicle toppled over in heavy winds in Chiba, east of Tokyo, NHK News reports.

Hagibis is forecast to be the first storm rated “very strong” to hit Honshu since the category system was introduced in 1991. The Meteorological Agency said it could bring record rainfall on a par with a deadly typhoon in 1958 that triggered mudslides in Kanto and flooded the Kano River in Shizuoka Prefecture, leaving 888 dead and 381 missing, AFP reports.

Tens of thousands of homes are already without power and transport systems, factories and shops have.