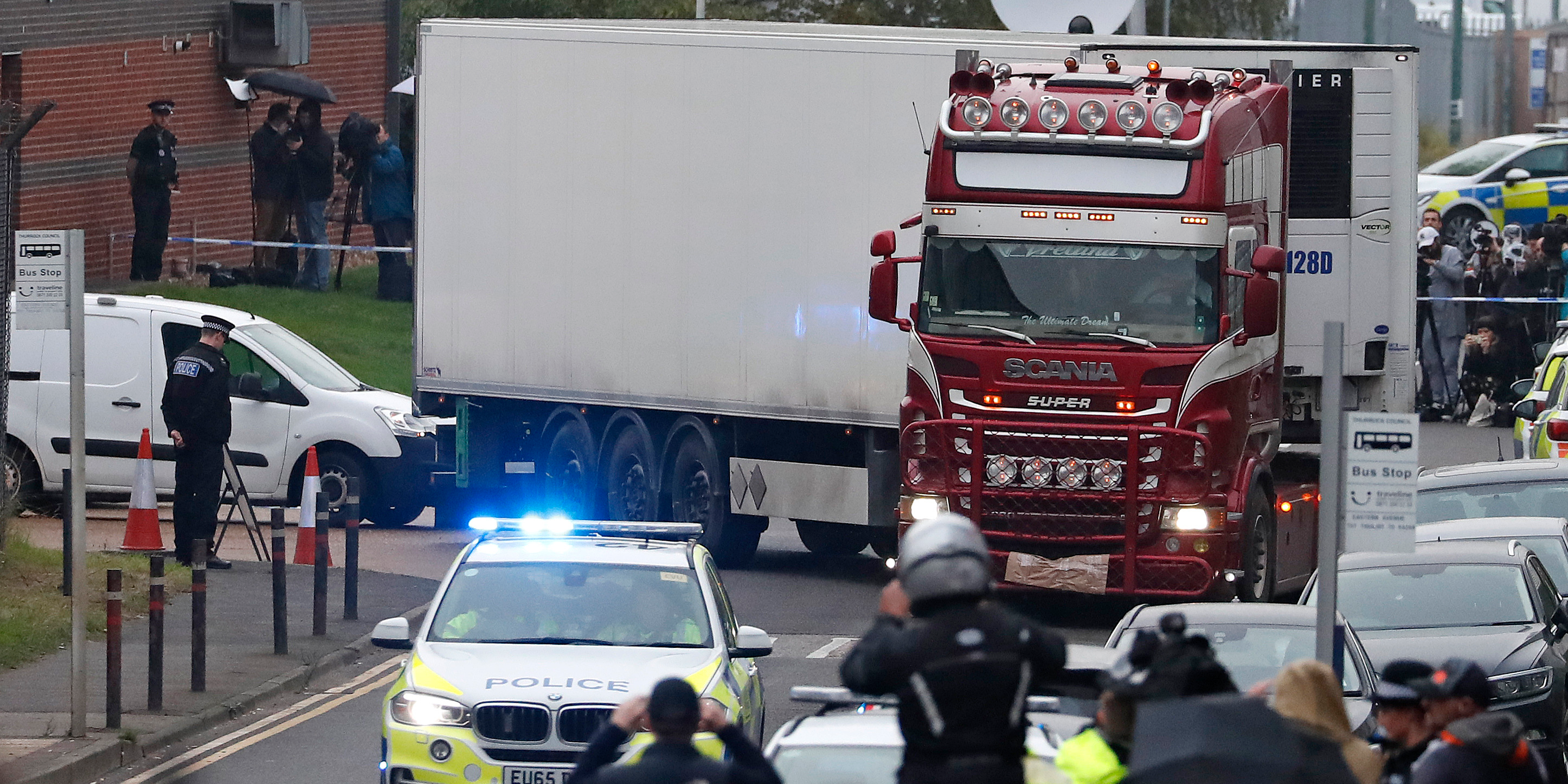 “Absolutely Horrendous”: All 39 Dead Found By UK Police In Back Of Truck Were Chinese Nationals

More than 24 hours have passed since Essex police were called to investigate a container truck with 39 dead bodies inside, including one victim believed to be a teenager. And while police have been tight-lipped, some new information trickled out on Thursday.

British media reported that all of the dead found in the truck were Chinese nationals, according to the BBC. The truck in which they were traveling was refrigerated. Temperatures in these types of trucks can get as low as -25 degrees Celcius, prompting some to speculate that the cooling system may have been turned on accidentally.

Richard Burnett, chief executive of the Road Haulage Association, said conditions for anyone inside the truck were “absolutely horrendous.”

Police discovered the bodies at 1:40 am local time on Wednesday at an industrial park in Grays.

Among the victims, Police force said 31 were men and eight women.

Initial suspicions have been confirmed: The Chinese nationals were likely victims of human trafficking.

Reports that the lorry was from Bulgaria have been proven incorrect: Turns out, the truck is believed to have entered the UK from Belgium.

A map provided by the BBC shows that all of the information provided by police on Wednesday about how the cargo arrived into the UK was incorrect. Meanwhile, local churches held candlelit vigils for the victims.

The trailer arrived in Purfleet on the River Thames from Zeebrugge in Belgium. A truck came to pick it up, and they left the port at Purfleet shortly after 01:05. The truck unit came from Northern Ireland.

The Bulgarian ministry of foreign affairs said that it was “highly unlikely” that the deceased were Bulgarians, and that the truck was registered in Bulgaria under the name of an Irish-owned company.

The Conservative MP Jackie Doyle-Price for the area where the bodies were found called for an international response to the deaths.

“We have partnerships in place but those efforts need to be rebooted, this is an international criminal world where many gangs are making lots of money and until states act collectively to tackle that it is going to continue,” she said.

Prime Minister Boris Johnson said it was an “unimaginable tragedy and truly heartbreaking”.

Unfortunately, the UK isn’t a stranger to these types of incidents: In 2000, 58 Chinese nationals were found dead in a lorry at Dover after suffocating to death. Elsewhere in Europe, back in 2015, the bodies of 71 people were found in an abandoned truck on an Austrian motorway. Police believed they were victims of a Bulgarian-Hungarian human trafficking ring.

So far, the only lead is a 25-year-old man from Northern Ireland who drove the truck. He was arrested and is the main suspect into a murder investigation that has been launched over the incident. He has been identified as Mo Robinson from County Armagh.