The Wireless take-down of America–Can it be stopped?

A secret war is now being waged against the American masses using ultra high-tech wireless technologies.

It’s all part of a well-planned covert system to hijack the minds and bodies of the American masses, to deploy America as a military and economic tool to finish bringing the whole world under corporate fascist control and mass destruction. In the process these same Wireless Technologies will be used to destroy the health and lives of the American masses so that a weakened America can be destroyed with its remains sectioned up and folded into the NWO with those left alive totaling about 30%. See Deagel for specific US population projections in 2015. 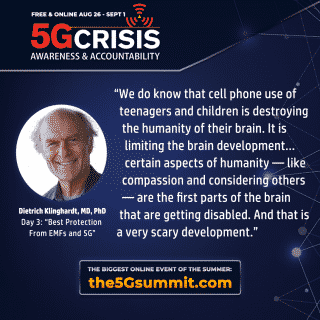 Unless the minds and bodies of Americans are taken complete control of, those deploying this Wireless Takedown of America cannot be successful in establishing their Globalist NWO system. Therefore, this is all being done secretly as a complex well interwoven covert Intelligence operation using all of America’s vast spying agencies.

The approximate secret budget for this covert Intelligence system in America is 2.985 Trillion dollars on a US Congressional spending budget of about 3.5% Trillion USD. This is why the Secret Shadow Government that runs the Intelligence system uses so many illegal, RICO criminal systems to raise black funding such as international narcotics trafficking, child sex trafficking, organ trafficking, illegal weapons sales, etc.

It has been estimated that the US Secret Shadow Government’s annual Intel budget for above ground top secret operations is 985 Billion (Washing Post series on Secret Intel); about 1 trillion USD for running 147 above top secret Deep Underground Military Bases connected by high speed vacuum tube mag lev rail; and about 1 trillion USD for above top secret Secret Space War operations. Only a small number of members of the US Congressional Intel and Defense Committees know this. Traditionally, anyone working in these programs that leaked any of this information was murdered, but the last several years that has apparently stopped.

These claims sound completely outrageous and incredulous. But if one fully considers the actual facts of how wireless is being deployed as the greatest spying, mind-kontrol and health-control system ever deployed, it soon becomes obvious that this is exactly why these devices are deployed. But of course they must provide desirable privileges to users, lest they would not buy them or use them. Most of these wireless devices have dual or triple uses. For example, smart phones allow incredible spying ability to listen in and track (great spy devices) that also offer instant communication and access to the Internet for uses (privileges preferred by users). But they also can be used as a psychotronic mind-kontrol device and according to some, can easily be remotely weaponized.

The question quickly arises: Who has the power to mandate the high level of control and the vast financial resources needed to deploy these high-tech wireless spying and mind-kontrol systems as a weapons system in such a well-coordinated manner?

The answer to this question requires deep knowledge of how the world system is run and by whom, that is, who and what forms the control group responsible; as well as why, that is, what is this control group trying to achieve in terms of its agenda.

To fully understand this one must understand the history of the British Empire and how and why the City of London (a 1 square mile financial district that is a separate nation-state like the Vatican and Washington D.C.) was created and then hijacked by the RKM “Moneychangers” upon Napoleon’s defeat at Waterloo.

As many VT readers know, the Moneychangers are the private City of London Central Bankers that set up and run all western central banking. They not only hijacked the money and credit manufacturing and distribution systems in each member nation, but charged people pernicious interest for using what should have been their own money and credit in the first place.

All western societies are held under the covert spell of the COL Moneychangers at this present time and any nation that tried to break away from this system of fraud and debt-slavery (like Iraq, Libya, Venezuela) has been attacked by the COL’s captive attack dog, the US Military.

Because the Moneychangers can create money and credit out of thin air and about 40% of US federal taxes are interest paid to them on the phony US National Debt, they have unlimited finds to bribe and control every western government official they choose to, using a vast collection of human compromise options.

Most higher officials must also be deeply human compromised to be trusted completely (Jeffrey Epstein style, or even worse such as Pizzagate-style or Marc Dutroux-style, all video recorded of course). This assures their complete allegiance to the Moneychangers’ Globalist NWO agenda. 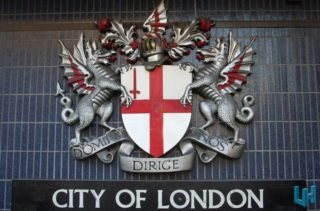 It is this COL Money Power of the Moneychangers that runs the whole western world. But it is done very craftily and covertly, always carefully hidden in plain sight from the average person who is too immersed in their busy personal lives to notice. Besides, they have been deeply mind-kontrolled by a fake but well-controlled major mass media which has been operating as an illegal media and news cartel for the last 60 years. Since 1947, the major mass media in America and most western nations have been completely hijacked by Intel which itself is under the full control of the City of London Moneychangers. Some insiders call them the ZCabal or the Rothschild Khazarian Mafia (RKM).

The Moneychangers are a very crafty group that are living out an exceedingly evil, centuries old Globalist NWO agenda. This is an agenda which requires pre-planned, pre-engineered staged wars for profits (with lending funds to both sides), induced mass death by the millions as population control and mass human sacrifice means with absolutely no concern for any humanity except their own families. This stark, evil reality has led some researchers to deeply research their lineage.

Some have hypothesized that there are esoteric reasons for this: Perhaps these entities have no souls at all and are actually from a special bloodline, perhaps not even human at all; it appears that they have a transhumanist agenda to capture, control, fully use humans until they need them no more (robots will become the labor force). they plan to do this by pitting humans against another in destructive mass wars to reduce the population, and then to eventually get rid of them all through advanced eugenics and genocide. Finally, they apparently plan to replace humans with a new gene-spliced triple helix race of their own choice and creation.

The Moneychangers knew that they had to use American Intel to accomplish this massive control matrix in America. In order to do this they also knew that they had to take control over all the major corporations and set up intermediary non-profit organizations such as the CFR and Trilateral commission to do so. Eventually a streamlined system of control over American politics was set up by the Moneychangers that involved their ability to control every major agency of the USG including Congress, the judiciary and all LE. The final result of such privatization of Intel and corporatization of government was the creation of the Secret Shadow Government, a massive privatized but secret government. 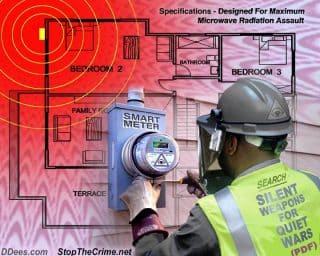 After 911 DHS was set up to consolidate all US Law Enforcement in order to keep 9-11-01 covered up forever. Yes, some insiders have claimed that the COL/ZCabal Moneychangers ordered it and used the Mossad and their powerful assets and officials inside the Pentagon and numerous US agencies as well as the White House to accomplish a crime used to justify illegal, unconstitutional Mideast wars of aggression which mass-murdered more than 5 million innocent women and children so far. This is course is a series of monstrous war crimes and crimes against humanity.

In order to keep their massive operations secret while creating the long desired Globalist NWO system, the top Moneychangers (the actual controllers of western world politics) decided to shift most all of these covert operations from Intel agencies to corporations, thus the shift to the privatization of most US Intel functions began and has now concluded. Intel agencies are used to keep the crimes of the Secret Shadow Government and the Moneychangers covered up and to harass, silence and murder when deemed necessary any one who cannot be compromised, bribed or easily silenced. There is a very well done movie by Steven Greer, M.D. entitled, Unacknowledged” that explains how the Secret Shadow Government works hard to keep secrets from We The People that we have a right to know.

When all major Intel is privatized to certain large corporations they become a secret controlling government that the masses are unaware of, their extra-legal actions are no longer correctable by Rule of Law, and they have become completely deniable means to deploy an evil, anti-human agenda of conquest, war, mass mind-kontrol, war and mass death, as well as mass induced illnesses for corporate medical profit and eventual population control and reduction. 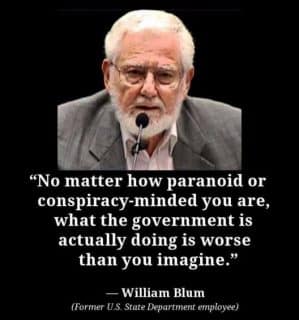 Right now it is obvious to anyone who studies all the available facts, that the Moneychangers main weapons they are now deploying to takedown America, destroy its Constitution and Bill of Rights is Wireless spying and Mind-kontrol technologies. The Moneychangers know that unless the Internet Alt Media Truthers websites and articles are purged and guns are taken away from Americans, America can not be taken down and broken up. And they believe this is necessary in order to implement their Globalist NWO system. As long as America stays armed and free, their Globalist NWO system is doomed. One interesting aspect of this recent COL/ZCabal obsession to purge the Internet of Alt Media Truthers and get the guns from Americans is that they have deployed every single stateside asset they have. This makes it remarkably easy to now identify who the true enemies of America really are, who the folks that are now trying to neutralize the US Constitution and Bill of Rights really are. Some refer to these foreign based enemies that are now doing espionage against America as the Deepstate. If the Rule of Law was ever enforced, these folks would be prosecuted for espionage and treason, a capital crime. And it would soon be found out during any proper LE investigation that many of these same folks were all part of the 9-11-01 nuclear attack on the Twin Trade Towers in NYC, and also behind all the pre-engineered, staged False Flag attacks, especially later ones that are fake ones using crisis actors with secrecy agreements.

And the Moneychangers are now being threatened as never before by the new alternative economic and financial systems such as BRICs, Silk Road (China’s Belt and Road development), the new Russian alternative to the Swift money wire system, oil sales outside of the US Petro Dollar, and the certain impending displacement of the US Petro dollar system as the world’s reserve currency set up by Heinz Kissinger and Nixon. These wireless (frequency) weapons have the capacity to degrade the overall health of the population (especially children). Remote inductive psychotronic weapons and their remarkable ability to exert mass-mind-kontrol are one of the most closely held secrets of the Secret Shadow Government, secondary only to the secret treaties they have with a couple of Alien ET groups. More and more of the public are now finding out that JFK was assassinated by the CIA and the Joint Chiefs, that Murrah and 9-11-01 were preplanned false-flag “inside job” attacks coordinated between high USG Officials and the Pentagon, PNACers and Top NeoCon dual citizens and the Mossad, and that almost all mass-shootings in gun free zones are pre-planned, engineered, most all the latest ones fake with no dead using crisis actors (some of the early ones have used MK-Ultra mind-kontrolled patsies that no major mass media dares discuss).

Take Back Your Power has produced a very well done, excellent video on some major parts of the program to take-down America using Wireless technologies.