Trump Started a War with China He Cannot Win 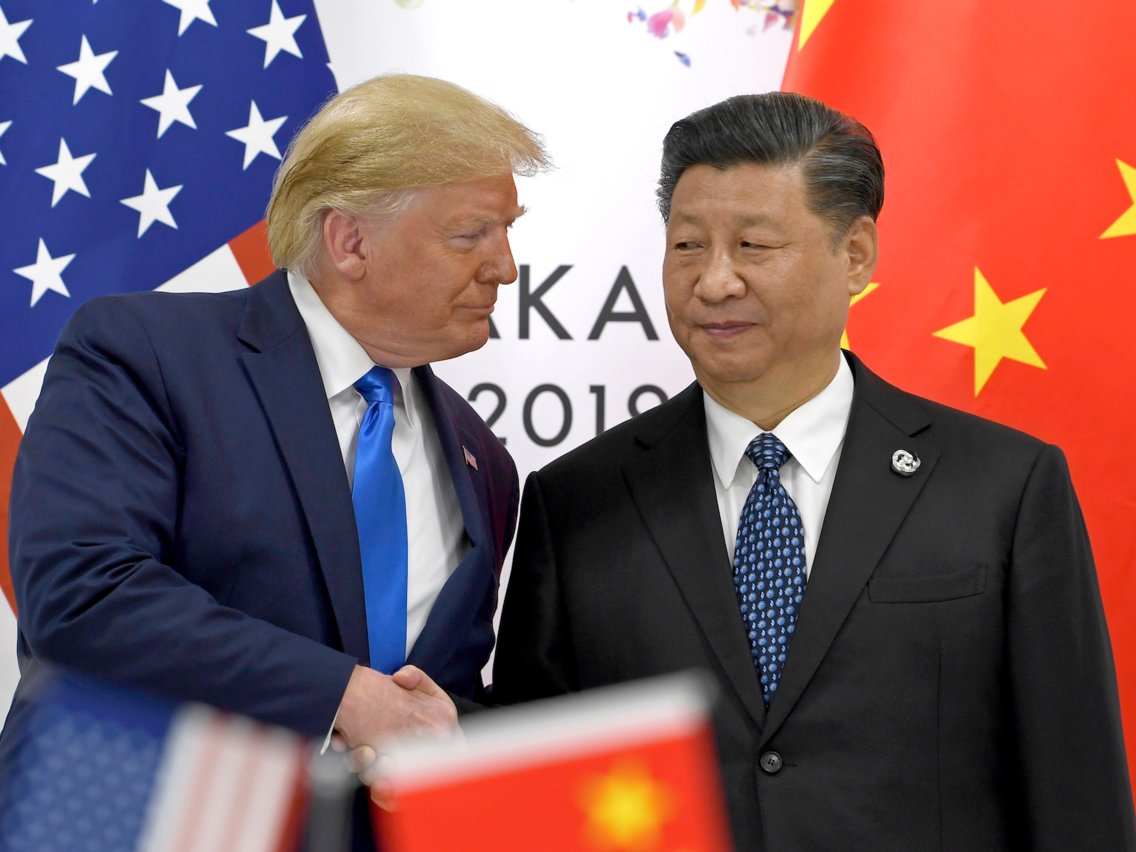 Trump Started a War with China He Cannot Win

The markets have been a whipsaw, the US economy has slowed down, and one report suggests that US companies may have shed 10,488 jobs because of the trade war between the US and China — a trade war that has worsened over the last few weeks.

So the two sides have laid down their arms and agreed to a ceasefire in hopes of “creating the conditions” that will make it possible for discussions to resume in October.

Unfortunately those talks, should they ever occur, will achieve little aside from temporarily calming financial markets. Donald Trump’s trade war is a trade war that cannot be won.

The reality is that from the start the objectives of Donald Trump’s trade war have been at odds with one another, making it impossible for his administration to construct a deal that one might consider a win for US markets.

What’s more, throughout this process, Trump’s conflicting demands and brutish tactics have put Chinese President Xi Jinping in a position where he and his administration cannot concede.

So we had better hope this ceasefire lasts beyond Trump’s next tweet storm, because it’s about as good as things are going to get.

Before we get into any of this, let’s remember that China has three demands that the US must meet in order to end the trade war.

It is easy to forget that initially this trade war was about making China’s markets more fair for US businesses — ending favoritism for domestic companies, forced technology transfers, and intellectual property theft. Back in March 2018 the United States Trade Representative Robert Lighthizer wrote a report to Congress outlining all these issues and all the ways China was in violation of World Trade Organization rules. It all made sense.

But at the same time there was Donald Trump and his obsession with trade deficits — with getting China to buy more US stuff. This did not, and still does not, make any sense. In sophisticated economies bilateral trade deficits don’t mean anything.

Lighthizer wants changes that will make China a more free market economy like the US. Trump wants changes that further distort the Chinese economy by explicitly forcing it to buy goods from one place rather than another. The former is capitalism, the latter is Trump’s variety of populist nationalism. And they do not play well together.

“There are various ways in the short run to reduce the bilateral trade deficit but this would be done in ways that are essentially market distorting,” Carnegie Mellon University economist Lee Branstetter told Business Insider.

These two conflicting goals have repeatedly caused issues during the on-again-off-again negotiations. Think back to December: Trump ratcheted up the tariffs, China managed to negotiate a temporary peace by promising to buy US soybeans, negotiations resumed, and then collapsed as China refused to yield to the US’s conflicting demands

“Before Trump [making a trade deal with China] was always about setting the rules and structures and accepting the market outcomes,” Branstetter continued.

And on the other hand, if Lighthizer’s objectives — changing their rules to open up China for US companies — are met it’s likely Donald Trump’s core nationalist objectives — forcing companies to move to the US — will suffer.

“If China were to fix those problems, the result would be that the Chinese market would become more hospitable for American and other western companies to set up production within China,” economist Chad Bown of the Peterson Institute told Business Insider via email.

“There seems to be a fundamental inconsistency between achieving that outcome, and the Trump administration’s other economic nationalist priorities, which focuses on bringing manufacturing production back to the United States, even if that comes at the expense of everything else, including American farmers.”

Making matters more complicated, on the other side of this deal we have Chinese President Xi Jinping, a man who cannot lose. There are political reasons for that, and there are practical reasons. On the latter point we need to return to Donald Trump’s obsession with China buying more US goods.

Even if China could buy enough US goods to close its trade deficit, according to Citigroup analysts, the US doesn’t have enough to sell to China without disrupting trade with its partners or changing US production.

“The US likely can increase supplies of soy products to China in the short run, as well as select meats. However, meeting the proposed $1.2 trillion of additional shipments of goods to China over six years, including energy, machinery and tech products, will require major adjustments in the US and China’s current trading partners, as well as a reconfiguration of US domestic production of these items.”

And Citigroup’s researchers also found that when it comes to foods, motor vehicles, semiconductors, and aerospace, the US is at or near full-production-capacity-utilization rates. We can’t make anymore. When it comes to energy and poultry, the US doesn’t have enough to sell to meet China’s demand.

Of course, there are also political reasons why Xi cannot just cave to Trump’s demands.

Since talks collapsed in May Xi has adopted the language of struggle. He used the word around 60 times in a speech he gave last week. Using China’s state controlled media he has cast the US as an aging power hell bent on stopping the country’s rise. It is a position he and the Chinese Communist Party are very comfortable being in. It allows the party to blame its economic problems on the US, and it raises nationalist sentiment to a fever pitch that makes it impossible for Xi to lose face and back down.

So, what’s this deal supposed to look like? What does a win even look like to Donald Trump? For some China watchers it simply does not exist.

“There’s no deal to make,” Anne Stevenson-Yang, founder of China focused investment firm J Capital Markets told Business Insider. “Everyone is going through a pantomime for the markets. It’s super stupid that the markets believe it.”

This is an opinion column. The thoughts expressed are those of the author(s).