Dr. John Dee: was the Inspiration for the British Empire, and father of the secret Judaic “New World Order” 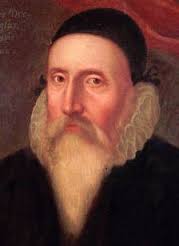 Dr. John Dee was the Court Astrologer to Queen Elizabeth I, and  a well known Magician.

The famous comic book writer Alan Moore called Dee “the quintessential magician.” He was the inspiration for Shakespeare’s character of Prospero in the play The Tempest.

John Dee possessed the largest library in all of England. Where he  studied and practiced “dark magical arts” in his mansion at Mortlake on the Thames River.

“Dee practiced astrology for his living, but he also studied the Talmud, as well as Rosicrucian theories He also practiced alchemy in hopes of finding the elixir of life and the Philosopher’s Stone.”

His cabalistic number was 007. The James Bond (007) character is a tribute to Dee. He and Sir Francis Walsingham, head of the Queens intelligence units, were the founding fathers of the very Masonic British Intelligence Services. Walsingham was the spymaster of England, protecting the queen and ruthlessly crushing all the enemies of England, while Dee was the visionary. He was the one in contact with “unseen forces”.

Dee was known both as a “Magus” and also a “scientist politician.” He was not only an advocate of England’s imperial expansion; he was the prime mover behind it. It was Dee who convinced the Queen to conquer Europe. He inspired her behind the scenes. The Queen trusted and admired the mysterious Doctor Dee; A man who was thought to literally talk to angels. With his associate occultist and spirit medium Sir Edward Kelly, he even developed a magic language to speak to the angels. (The original Angelic language with which God spoke to Adam is known today as Enochian). He and his strange associate Kelly were deeply involved in scientific and magical occult experiments that could be described as “dangerous.” Even if his powers were not real, his success was unmistakable.

Whether or not it is a bunch of superstitious garbage does not take away from the fact that people believed in Dee, and more importantly, the Queen believed in Dee. 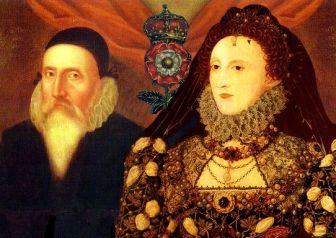 It is no accident the popular  actor Danial Craig escorted the Crypto-Jewish Queen of England during the opening ceremony of the 2012 Olympics held in London. The “British Empire” is a Jewish Empire.

It must be noted that the Spanish Armada was handed a crushing defeat by the British in 1588. In part because they were hit by a massive storm. Dee used science and the occult to assist. The fact that he was said to be away from England at the time does not mean he was not involved. Though this notion is under dispute. Regardless, he sold the Empire idea to the Queen. The Queen was “under his spell”. Dee 007 was the secret weapon  behind the  the destruction  of the Roman Catholic Spanish Empire. 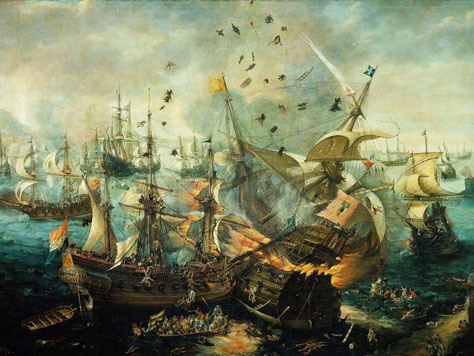 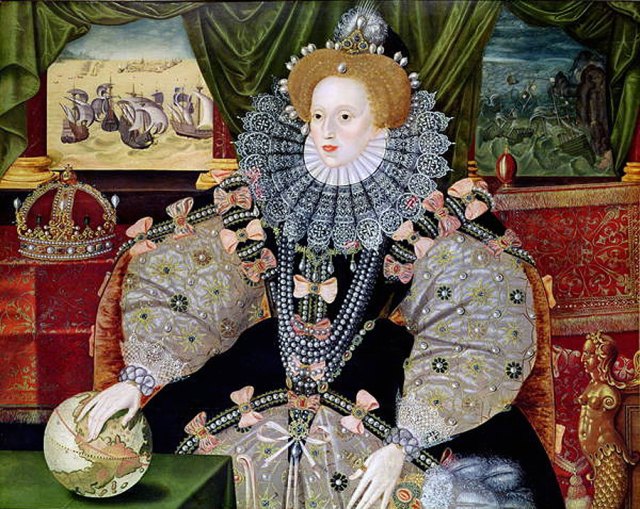 Yet, there is more to it, at a deeper level. Britain became controlled at the higher levels by the Masons. Dee had a huge influence on the Masonic order.  It is well known that the British police are under almost complete control by “The Brotherhood”.  The Masons are worldwide but there are and have always been very “British”. The dreaded Protocols of Zion (that is alleged  to be a dirty fraud) states more than once that, Jews control all of the secret societies.

Occult  Freemasonry is taken entirely  from The Jewish Cabala.  The Masons and “the Illuminati” were created to serve the Jews.

According to Michael A, Hoffman II in his fantastic lecture Magic and Paganism in the Reign of Elizabeth I, Dee and a mystery man named Edward Kelley Dee’s scryer or medium traveled to Prague and met with Rabi Juda Lowe where he allegedly pledged to the Rabi the destruction of the gentile race. It was Rabbi Judah Loew, who created the famous golem monster. Rabi Juda Lowe was perhaps the greatest master of Cabala to ever live since King Solomon himself. The fact that he met  Dr. John Dee is not disputed.

“Dee pledged the government of Britain to the service of the occult establishment, in an infernal compact with Prague Rabbi Judah Loew.”

Thus, the Jews would secretly use “Great Britain” to crush the gentiles.

Dee convinced the people of England that they were special, that they were “British Israel”. They had a special destiny to rule the world and they did so. Essentially the United States would take over when England began to lose its grip on the world. Now America is “the indispensable nation”.

The Freemasonry system is a creation of the Cabala. He predicted astrologically the death of Queen Mary, and the rise of Queen Elizabeth. Again, was it real? Who knows for certain. But his astrological predictions proved correct. Dee used his “powers” to serve the queen  who in turn conquered the known world for the Jews.

From time immemorial cabalistic Jews (such as Dee) have had their great adepts, who have succeeded in their quest for hidden knowledge, and mastered certain secrets of nature; and who, having thus acquired occult powers, have used those powers for the furtherance their own political aims. These aims were carried out in the lodges of continental masonry and other secret societies, and we have it on the authority of Disraeli himself that these Jews were found at the head every one of these.

Dee was also very keen on colonizing the “New World”. It was as if he knew America would simply continue the New World Order  after Great Britain would ruled the world for centuries.

“Dee found political authority for the British Empire in the accounts of King Arthur and Owen Madoc, a legendary Welsh prince said to have discovered America in 1170.26”

You may notice how fond the Jewish and the British are of King Arthur and Merlin the Magician.

The Jews are still very fond  Elizabeth I. who crushed all their enemies worldwide and with in England itself.  Hollywood  paid tribute to the Queen in two flattering films  staring actress Cate Blanchet.

The British crown has done much to enslave mankind, and contribute to the downfall of western civilization. But to blame it all on the British people is wrong.  They sold out long ago to the Jews for money. Many high class British with titles in front of their names intermarried with the Jews because they badly needed the cash.

It is much of the same in the United States, which has by and large succumbed to Jewish power. Men like Henry Ford, Charles Lindbergh, Father Couglen, Senator McCarthy, the Kennedy family, and others have spoken against the ongoing Jewish plan of total world take over. They were all soundly defeated.

The West has fallen under complete control of the Jewish Talmud, the banking power, and the occult power of the Cabala. 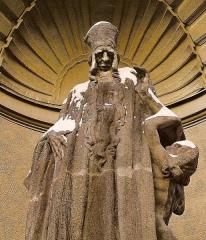 The Jewish Rabbis, and other powerful Alchemist like Dr. Dee, have been part of a long-standing plot to transform control and destroy the goy for a long time. Some say since the days of the Old Testament. 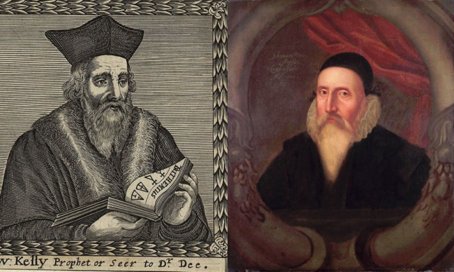 The Jews have attempted more than once to conquer the entire world. And they have come close. They believe this will help bring in the arrival of their warrior Messiah.

On a side note, at the present time it looks quite possible that there may be a catastrophic WWIII in the making.  The post-9/11 world has produced legions of people who question the New World Order, and the Jewish Controlled United States’ role in it. This all very much reminds me of the build up to WWII. People around the world being squeezed by the Jewish money power started talking about “The Illuminati” and the “Protocols of the Learned Elders of Zion”. They were angry.

Let us pray that this time cooler heads will prevail. That the forces of good can stop this madness.

Iran, Russia, Syria, and other pockets of resistance are all that stands in the way of the end of everything.

The Occult Philosophy in the Elizabethan Age by Frances Yates

Michael A, Hoffman II in his fantastic lecture Magic and Paganism in the Reign of Elizabeth I,

See The Occult Magic of The Jewish Cabala

“Masonry is a Jewish institution, whose history, degrees, symbols, passwords and explanation are Jewish from beginning to end.” (Quoted from Gregor Shwarz Bostunitch: die Freimaurerei, 1928; The Secret Powers Behind Revolution, by Vicomte Leon De Poncins, P.