CIA CONTROL MATRIX: The Company’s influence is more pervasive and profound than anyone knows 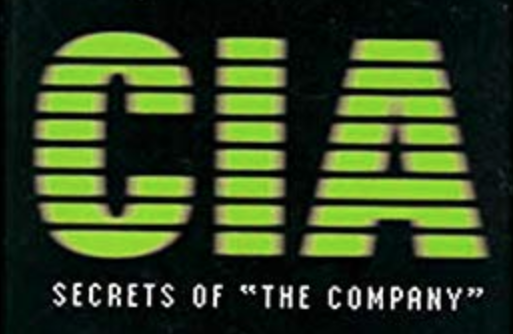 CIA CONTROL MATRIX: The Company’s influence is more pervasive and profound than anyone knows

CIA, Climate, And Conspiracy: More Notes From The Edge Of The Narrative Matrix

by Caitlin Johnstone
Medium.com via ZH

Take off the revolutionary’s mask, and it’s the CIA.

Take off the terrorist’s mask, and it’s the CIA.

Take off the news man’s mask, and it’s the CIA.

Take off the filmmaker’s mask, and it’s the CIA.

Take off the professor’s mask, and it’s the CIA.

Take off the billionaire’s mask, and it’s the CIA.

Take off the whistleblower’s mask, and it’s the motherfucking CIA.

These monsters are raping our sense-making faculties.

Never call anyone from the CIA a “whistleblower” unless they are actually whistleblowing on the CIA, without the CIA’s permission, in a way that inconveniences the CIA.

The deployment of a bomb or missile doesn’t begin when a pilot pushes a button, it begins when propaganda narratives used to promote those operations start circulating in public attention. If you help circulate war propaganda, you’re as complicit as the one who pushes the button.

How to solve the climate crisis:

— End the economic system which requires infinite growth on a finite planet.

— Kill the capitalist propaganda engine known as the mainstream media.

Any environmentalism which adamantly ignores the need for a complete overhaul of the economic system which created this mess is just feel-good PR for capitalism.

Trying to solve the climate crisis with plutocrat-driven tech consumption is like trying to put out a house fire with a flamethrower.

Perhaps the greatest advantage the ruling class has over us is that they’ve got a crystal clear idea of exactly what they want and exactly what they’re pushing for, and we, on average, do not. It’s easy for us to be manipulated in unwholesome directions when we don’t know where we’re going.

The fun thing about revolution in the US-centralized empire is that everything everyone has tried has failed, so your guess as to what we should be doing is literally as good as anyone else’s.

Whenever anyone tells you that a vastly better, saner world is impossible, they’re fulla shit. This is the only world any of us have ever lived in; nobody’s going around observing a bunch of other worlds and seeing that they’re all insane like this one. They have no authority to make such a proclamation. As far as any of us know, anything is possible.

One mark of an adept conspiracy analyst is comfort with the unknown in a world where information is greatly obscured by secrecy. By this I don’t mean they’re okay with government opacity, I just mean that they’re comfortable acknowledging what is unknown and unknowable instead of pretending to know. I point this out because it seems like a lot of people self-censor and remain silent on their ideas about what’s going on in the world due to some embarrassment that they don’t understand it all. It’s okay: no one does. Many pretend to, but no one actually does.

The dynamics of this world are extremely complex, too complex for any individual to fully make sense of. One way to ease the burden on your sensemaking tools is to reduce your own inner complications by getting very clear on how your own perception and cognition are happening. Dedicated inner work will reveal that your conscious experience is actually happening in a much simpler way than the mind imagines: a field of consciousness appearing before an imperceptible witness. This eliminates needless cognitive twists and roadblocks in your sensemaking. Our mental narratives add mountains of needless layers of complexity.

Once you see that none of those narratives apply to your true identity, you’re able to bypass all those distortions in the way you process information and simply use thought as a tool; otherwise you’re just ingesting highly manipulated narratives about an already complex world through your own distorted perceptual filters which are based on unconscious believed assumptions about what you are, what the world is, etc. Inner clarity eliminates those distortions. There are many approaches to the inner work one can do to find this inner clarity, but here’s one way.

Anyone who claims to oppose Trump and support the free press, yet doesn’t aggressively fight the Trump administration’s agenda to imprison a journalist for exposing US war crimes, is a lying hypocrite.

The US government and its lackey allies are torturing a journalist for telling the truth. This amounts to a full confession on their part that you are living in a totalitarian empire. They are telling you exactly what kind of world you live in, and exactly what role they play in it. A society is only as free as its most inconvenient political dissident. Free Assange to free yourself.

It’s really weird how getting money out of politics isn’t a bigger agenda than it is. It should be bigger than healthcare or any other issue, and everyone across the political spectrum agrees it’s important except the rich and their puppets. That’s something tangible to push for.

If a tree falls in the woods, and no one’s around to hear it, is it still Susan Sarandon’s fault?
~ Old liberal koan

I will not be authoring any essays about impeachment because it’s an impotent political side show and much too boring to write about.

All Democrats know these impeachment shenanigans will never result in his removal from office, regardless of what they pretend. Trump’s “opposition” only ever attacks him in ways they know won’t actually hurt him. It’s like pro wrestling.

The Democratic presidential primary will be rigged by the DNC and the mass media; in fact this is happening already. I talk about the candidates and the race a lot not because I believe the DNC has real primaries, but because the dance the narrative managers need to do to ensure an establishment nominee keeps exposing them.

Ninety-nine percent of political arguments and activism are happening inside lines that have been set by the narrative-dominating, Overton window-shrinking plutocratic class and their underlings. If you want to fight a real fight, you need to color outside those lines.

The US Department of State was originally intended to be a peace/diplomacy-focused counterpart to the Department of War (later falsely renamed the “Department of Defense”), but what actually ended up happening was the creation of two war departments.

Putting someone on a pedestal is just guaranteeing that you’ll have to knock them off it one day. It’s actually a rather violent thing to do to somebody, if you think about it. Best to skip it entirely.