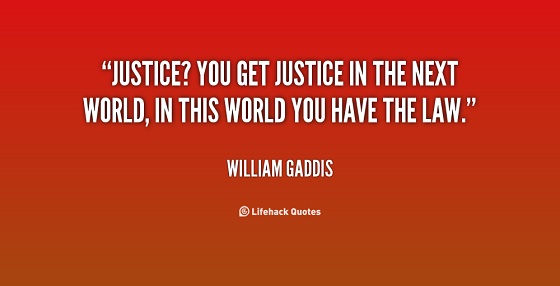 The law is too important to be left to attorneys. Any objective observer of the existing legal system would conclude that allowing lawyers and judges to police the profession is a total sham. Politicians and public officials, who are members of the bar, owe their allegiance to a privileged and entitled fraternity of overseers. Their function directly destroys the real meaning of the law, which is based upon the intrinsic and permanent value of the individual, not the relative whims of governments. Justice is not achieved by state authority. Thus, knowing the nature of process is crucial to understand the proper relationships.

Western jurisprudence was influenced by Cicero’s Natural Law and Political Philosophy. His insight is worth a careful reading.

“In the last chapter of his De Re Publica, Cicero described how all people are granted their souls by the eternal fires of the stars and planets under God’s control.

For Cicero, this divine mind designed and ordered the universe. He asserted that all things are implanted with a function and end towards which they are directed by the dictates of their own nature; this is called law. To Cicero, “law in the proper sense is right reason in harmony with nature.”3 These laws are not in constant flux or evolution. Cicero stated emphatically that “there will not be one such law in Rome and another in Athens, one now and another in the future, but all peoples at all times will be embraced by a single and eternal unchangeable law.”4

Cicero believed that humanity’s ultimate goal was justice. Stressing this point, he exclaimed that “surely nothing is more vital than the clear realization that we are born for justice.”15 For Cicero, justice was not only a useful tool for creating harmony among men, but was also a virtue in and of itself. All that is good, according to Cicero, necessarily contains a degree of justice, “for nothing can be honorable if justice is absent.”16 Justice elevates all things to a more respectable plain, since “justice is the crowning glory of all virtues.”17

Contrast the wisdom of Cicero with the arbitrary dictates of some junto of governmental thieves whose only concern is to retain the reins of power over the subjects of jurisdictions that were never natural. The Difference between Law and Justice offers their definition for law and justice.

The principles and regulations established in a community by some authority and applicable to its people, whether in the form of legislation or of custom and policies recognized and enforced by judicial decision.

Any written or positive rule or collection of rules prescribed under the authority of the state or nation, as by the people in its constitution.

The controlling influence of such rules; the condition of society brought about by their observance.

A system or collection of such rules.

The maintenance or administration of what is just especially by the impartial adjustment of conflicting claims or the assignment of merited rewards or punishments.

The administration of law; especially: the establishment or determination of rights according to the rules of law or equity.

The quality of being just, impartial, or fair.

The quality of conforming to law.

These definitions are a bad joke. Our culture has been so distorted that followers of Cicero would be prime targets for defying discretional unnatural rights of capricious laws. The imbecilic population accepts this tragedy as normal. Either out of fear of state sponsored punishment or the softening of the brain is the hallmark of this dementia society.

Justice is not dispensed from black robe magistrates that facilitate a rigged system of favoritism for the few. Elites are protected from convictions by corrupt officials and sleaze ball lawyers. While these abuses are neither unique nor terminal alone, the degradation of the Department of Justice and the Federal Bureau of Investigation are lethal to any legitimate nation.

The example of a modern expose of legal depravity can be found in the Sydney Powell book, Licensed to Lie – Exposing Corruption in the Department of Justice by Sydney Powell.

“The United States Attorney is the representative not of an ordinary party to a controversy, but of a sovereignty whose obligation to govern impartially is as compelling as its obligation to govern at all, and whose interest, therefore, in a criminal prosecution is not that it shall win a case, but that justice shall be done. As such, he is in a peculiar and very definite sense a servant of the law. He may prosecute with earnestness and vigor – indeed, he should do so. But, while he may strike hard blows, he is not at liberty to strike foul ones. It is as much his duty to refrain from improper methods calculated to produce a wrongful conviction as it is to use every legitimate means to bring about a just one.”

Good luck folks . . .  Virtuous people seldom become public servants. And officers of the court, by their actions and deeds, rarely practice natural law. The standards of the legal establishment function as gatekeepers of protection for the ruling elite. Placing undesirables in prison is a growth industry so that the higher echelons in the government protection rackets can be exonerated. Evidence like the Hillary hard drives were bleached because the law does not apply to the Clinton’s.

She is one Senator who may cheat the fate of Cicero because as part of the Deep State, government prosecutors provide cover for their crime syndicate. Ask why the public does not demand righteous accountability for the embedded hierarchy that manipulates the halls of justice. The distressing answer is that the Plebeians are so involved with eating their bread and watching their circuses, that they just do not care enough to invoke justice. America will share the same fate as the praetorian Roman Empire.