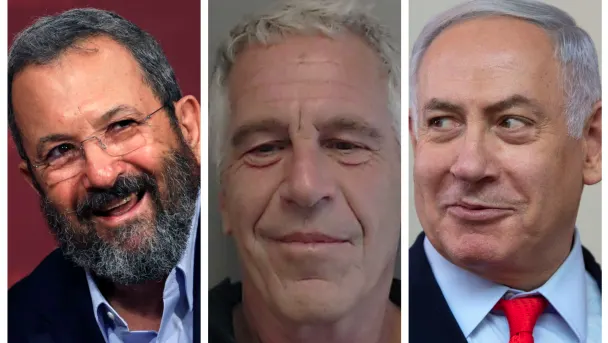 Who Is Going To Assist Us In Dismantling Big Brother?

Ed.’s note: The people involved in this are ethical and moral degenerates and we are going to simply allow them to build A.I. technology systems? This is not going to work. The worship of technology at their present stunted moral and ethical development will completely destroy and eviscerate this:

“Our highest endeavor must be to develop free human beings who are able of themselves to impart purpose and direction to their lives. The need for imagination, a sense of truth, and a feeling of responsibility—these three forces are the very nerve of education.”

It’s been thirty-two years since the “Pollard Affair” pierced the seemingly impenetrable facade of U.S.-Israeli relations. Now, two suspected Israeli agents are in jail – indicted on separate charges of sex trafficking of minors.

But their association goes further than powerful friends and proclivities for teenage boys and girls. Epstein and Nader are believed to be agents for Israeli Intelligence. Narativ has independently confirmed Epstein was indeed working for the Israelis.

Both men also have ties to a burgeoning Israeli tech sector which is bringing Mossad-style military intelligence to the private sector and endangering the global balance of power.

The Haaretz newspaper has previously reported that Epstein, who was Donald Trump’s friend through the ’80s and ’90s, partnered in an Israeli start-up alongside former Israel Prime Minister Ehud Barak.

Barak is seeking to unseat Benjamin Netanyahu as Israeli Prime Minister in the upcoming re-run elections scheduled for September. Since 2015, he has been the front-man for Carbyne, an Israeli start-up which purports to be a high-tech solution for 911 emergency call centers, but the platform’s architecture and investors raise serious privacy concerns.

Narativ undertook an extensive investigation into Carbyne, and can now reveal a myriad of troubling connections between the start-up and people connected to Donald Trump.

In addition to Epstein and Barak, Russian oligarchs Viktor Vekselberg and Andrew Intrater bought 24% of Carbyne’s Class A-1 shares through Intrater’s Columbus Nova Technology Partners (CNTP) in September 2017. Vekselberg and Intrater are under U.S. sanctions because of Russia’s malign activities. Ukrainian-born Vekselberg is close to Vladimir Putin and was interviewed by prosecutors from Robert Mueller’s office.

While still employed as Donald Trump’s lawyer, Michael Cohen consulted for Columbus Nova until August 2017 under a $1 million agreement to his company, “Essential Consulting.” Cohen used the same company to pay off adult film star Stormy Daniels, who had an affair with Trump.

Carbyne is a plug-in for 911 call centers and an app for consumers. It provides unprecedented access to a caller’s camera and GPS, providing the dispatcher with a live video feed.

The system also automatically cross-references your identity with criminal or other records added to the database. At least two U.S. counties have implemented Carbyne, with many others considering it.

Epstein is a sex offender and known pedophile. He was brought in as an investor by Barak, his close friend of 17 years. Epstein invested $1.5 million in a company (SUM) with Barak in 2014. All of that money went into Carbyne in 2015. Barak has since been a front-man for the company appearing on Fox News to pitch the product. Barak has life-long ties to Israel’s spy services.

Carbyne also has deep roots in the Military-Industrial complex of the U.S.

Peter Thiel, who founded Facebook and Palantir, is also a Carbyne investor. Thiel is an outspoken supporter of Trump and invests heavily in companies with military and intelligence applications. According to Bloomberg, Thiel’s Palantir uses “war on terror tools to track American citizens.”

Trae Stephens, another Palantir alum, serves on Carbyne’s advisory board. Stephens was also chair of Trump’s Department of Defense transition team. Eliot Tawil, a real-estate developer and a major Trump donor also advises the company despite having no background in this space.

None of the members of the board of directors or the advisory board appear to have any experience in emergency response. Almost all have ties to Israel and the U.S. Military-Industrial Complex.

Chinese authorities are using a 911 mobile app to carry out illegal mass surveillance and arbitrary detention of Muslims in China’s western Xinjiang region.

Please go to Narativ to read the entire report.