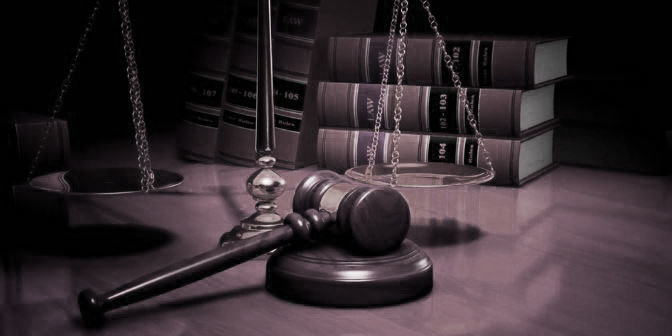 There is No Actual Law or Justice in the B.E.A.S.T. System

In recent decades, public confidence in our institutions has declined.  Our governing class has often been paralyzed in the face of obvious and pressing needs. The American dream of upward mobility seems out of reach for some who feel left behind in a changing economy. Discontent deepened and sharpened partisan conflicts. Bigotry seems emboldened. Our politics seems more vulnerable to conspiracy theories and outright fabrication.

People young and old will puzzle over what it felt like for their parents and grandparents, in a distantly remembered era, to have lived in a society that felt like one national community. They will yearn to recreate this, to put America back together again. But no one will know how.

Once in a land of plenty, free people united together to create one nation under God, indivisible, with liberty and justice for all. They worked hard. They innovated, created, and prospered.  Before long, however, a group of greedy men secretly met on a remote island and developed a scheme to capture the entirety of the nation’s wealth.

As the Creature from Jekyll Island grew by the dark magic of fractional reserve banking , its tentacles spread over the once free nation, choking it, and eventually enslaved the nation’s children on the land of their ancestors.  The creature continually grew in its power and reach via “Ordo ab chao”; or “order out of chaos”.

Just as conflicts brought change, controlled conflict brought controlled change.  It meant whenever a politician spoke of “fighting for the people”, or “for the children”, or “hope and change”, or “fundamental change”, what they really were promising was conflict in order to bring about their desired outcomes.  This was done through the use of the Hegelian Dialectic; a method of operation made known during the 1800s by the German philosopher George Wilhelm Friedrich Hegel.

The Hegelian method creates change when a “thesis” is transformed into an “antithesis” and then when the combination of both is resolved by “synthesis” as follows:

There are those who believe the Hegelian Dialectic was responsible for the financial crisis of 1906 leading to the Federal Reserve Act of 1913; World War I creating League of Nations; World War II forming the United Nations; the 911 attacks bringing about the Patriot Act with the ensuing societal surveillance; and the War on Terror combined with the collapse of our current Bretton Woods II financial system, as well as the international migration crisis, the established “Left-Right” political paradigm, and increased breakdown of civil law in the Western nations now directing us into a new political and economic world order.

Everything is right on schedule and, now, the time is come to remove one of the final obstacles standing in the way of a New World Order:  The United States Constitution – even if, over the course of many decades, it has already been greatly diminished by the B.E.A.S.T. system; or, more specifically, Bullshit Emerging As Strategic Totalitarianism (B.E.A.S.T.).

Over the past four decades, the B.E.A.S.T.  has decimated America’s manufacturing capabilities while funding wars around the globe.  It has dumbed down the nation’s populace, expanded governmental welfare programs, and riled a majority of the citizenry into a perpetually psychoticdiscontent via the financial acquisition and consolidation of the nation’s media outlets and entertainment venues.  Through a steady barrage of hype and hypnotic electronic programming, the B.E.A.S.T. has persuaded Americans to abandon their vigilance to the founding principles which made America great originally. These principles included the affirmation of rights derived from natural law, honesty, morality, self-reliance, and equality of opportunity; as opposed to modern America’s identity politics, politically correct thought-control, equality of outcomes, fiscal irresponsibility, and unlimited government.

But what was the overall objective of the B.E.A.S.T. ?  Obviously, it was global dominion and, towards that end, the B.E.A.S.T had to subjugate the United States, its constitution, and citizens.  It also meant the B.E.A.S.T., first and foremost, needed to restrict the Second Amendment rights of law-abiding citizens; or, at the very least, demand their consent to willingly restrict their constitutional rights and, quite often, on behalf of “The Children”.

In the aftermath of the Sandyhook shooting in Newtown, Connecticut, President Obama issued 23 executive actions and proposed 19 legislative actions on guns.  After the Virginia Tech shooting, new rules were passed that allowed the Social Security Administration to provide information to the gun background check system of people with “mental disabilities”. After Vegas and Parkland, it was bump-stocks.

Now, in the wake of the recent Gilroy Garlic Festival, El Paso, and Dayton mass shootings – all committed by crazed individuals and right on schedule, the politicians have announced bipartisan support for Red Flag Laws.

Do you see a pattern?

Unfortunately, the proposed “Red Flag” legislation has the support of President Trump according to his previous comments, and would allow just one of your neighbors to see something before saying something that would enable law enforcement to confiscate all of your guns and with no legal hearing whatsoever.

Certainly, it matters not to the B.E.A.S.T. system that Red Flag Laws violate the Second and Fourth Amendments to U.S. Constitution, or that they cancel any presumption of innocence and negate due process.

The author of nine (9) books on the Constitution, Judge Andrew Napolitano, has phrased it thusly:

… Red flag laws are unconstitutional. The presumption of innocence and the due process requirement of demonstrable fault as a precondition to any punishment or sanction together prohibit the loss of liberty on the basis of what might happen in the future.

In America, we do not punish a person or deprive anyone of liberty on the basis of a fear of what the person might do.

…The government can no more interfere with Second Amendment rights than it can infringe upon any other rights. If this were not so, then no liberty — speech, press, religion, association, self-defense, privacy, travel, property ownership — would be safe from the reach of a fearful majority.

That’s why we have a Constitution.

Still, in the event any Red Flag legislation becomes federal law and is challenged in the courts, one would like to think the Supreme Justices Kavanaugh and Roberts would uphold a strict constitutional interpretation.  But, then again, would anyone be surprised if the B.E.A.S.T. system pressured these two particular Supremes to yield in their final arguments? Definitely not, especially, in light of America’s previous legal encroachments like the Patriot Act, the Obamacare mandate, and current Red Flag Laws in select U.S. States.

Red flag laws are merely another gurgling gasp in America’s death rattle; and, ultimately, the lens of history may rightly see them as the proverbial blood-red line in the sand.

No U.S. Constitution, no United States. Period.  The allegorical “camel’s back” may have been deeply sagging for some time, but federal Red Flag legislation will represent the “final straw”.

In turn, it will also mean no more implied consent of the governed.  The social contract is all but broken and very soon, neither politicians, tattle-telling see-something-say-something neighbors, or their families, will be safe.

A nation that can no longer sustain the necessary elements for liberty – such as responsibility, morality, self-reliance, et al, will, naturally, like the tide going out, descend in to chaos and violence which will, in turn, bring about even more tyrannical control by the B.E.A.S.T. system.  For decades, this has been the plan and false flags have been used to translate manufactured consensus into the implied consent of the governed; and in perfect Hegelian Dialectical fashion.

Even if some of the previous mass-shooting events were NOT false flags – at the very least, they were weaponized in the spirit of never-letting-a-good-crisis-go-to-waste by means of the B.E.A.S.T. system. Accordingly, there are those among the Great Unwashed who would rather see coincidences and conspiracies anyway, because unimaginable evil is difficult to face.  It does, in fact, partially explain why the Overton Window exists:

The Overton window is the range of ideas tolerated in public discourse, also known as the window of discourse.

It is why the public trial and confession of formerly accused pedophilic -pimp Jeffrey Epstein was not allowed to see the light of day; why Hillary Clinton, John Brennon, James Clapper, James Comey, Andrew McCabe, and Peter Strozk all remain free today in spite of their crimes; while others, like Trump’s former advisors Paul Manafort and Roger Stone remind behind bars.

A dual system of justice is, at its core, tyranny.

Pedophiles facing federal criminal charges are at high risk for suicide. It happened in several of my Maryland cases when defendants were released on bail. Detained pedophiles require special attention. Stopping people from harming themselves is difficult. https://t.co/YK4buPXmR9

But, as Rosenstein knows, Epstein wasn’t on bail.

As America today more and more resembles “The Sopranos”, the usual suspects will always protect and serve the B.E.A.S.T. system; especially, in the case of the pedophile and human trafficker Jeffrey Epstein’s impossible suicide  and by the seven (7) unanswered questionsregarding Epstein’s death NOT being asked by the B.E.A.S.T. system’s Corporate Mainstream media.

Do you believe in coincidences?  Is it all mathematical and random when the stars align? Or, do some patterns consistently defy impossible odds and always right on schedule? Like seeing the gravitational pull of an unseen collapsed star affecting the visible planets nearby.

A U.S. congressmen, and the twin brother of a 2020 Democratic Party presidential candidate, recently utilized social media to dox some of President Trump’s Texas donors and their places of business just as a major Hollywood studio, in the wake of politically-motivated mass-shootings, temporarily canceled the release of a movie in which “wealthy globalists hunt down desperate nationalists”.

In the meantime, puppet-politicians on both sides of the aisle – and in a fervor of rare bipartisanship, are all wound up and ready to be set loose; like mechanical dolls:

“But what we can’t do, is fail to pass something. By just locking up, and failing to pass, that’s unacceptable,” McConnell said, marking a significant departure from his past handling of gun legislation in the wake of tragedies.

All the bases have been covered. All the t’s are crossed and the i’s are dotted. Put a bow on it.  Guns are guilty, criminals obey laws, citizens need more restrictions, emotions trump constitutional rights, psychotropic drugs and violent video games are never correlating factors in mass shootings, gun free zones are safe even though the shooters are always curtailed by other guns, manifestos equal mental illness or white nationalism, and federal Red Flag Laws will save lives.

What were the odds? And right on time, too. Good night and good luck.