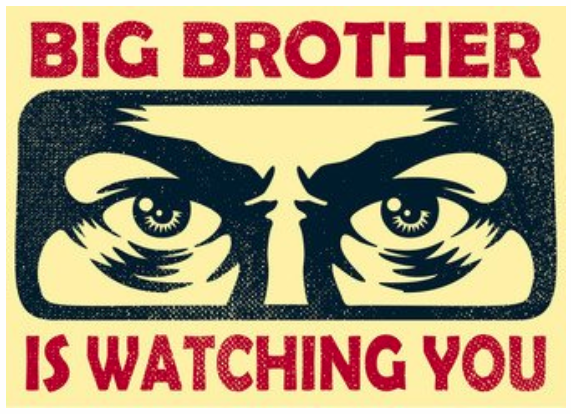 Companies in the United States, and more specifically, Silicon Valley, are building a social credit system for individuals.  Much like the social credit system communist China uses to control its population, this authoritarian control is different in one way: it is being done by corporations as opposed to the government.

Make no mistake though, the corporations building a social credit system in the U.S. are already another arm of the government. They are lobbying and using the money made to get certain politicians elected. This is the very definition of crony corporatism.  If anyone thinks we live in a democracy or constitutional republic, they are either wholly uninformed, brainwashed or willfully ignorant.

China’s tyrannical social credit system is a technology-enabled, surveillance-based nationwide program designed to nudge citizens toward better behavior (or government-approved behavior). The ultimate goal is to “allow the trustworthy to roam everywhere under heaven while making it hard for the discredited to take a single step,” according to the Chinese government.

According to Fast Company, China’s social credit system has been characterized in one pithy tweet as “authoritarianism, gamified.” And it’s already here in the United States.

While many Westerners are disturbed by what they read about China’s social credit system, they need to realize that they live under a system that is similar. Such systems are not unique to China. In fact, a parallel system is developing in the United States, in part as the result of Silicon Valley and technology-industry user policies, and by surveillance of social media activity by private companies.  Big Tech is helping advance totalitarian control over the population by censoring information they deem goes against the government’s agenda.

The New York State Department of Financial Services announced earlier this yearthat life insurance companies can base premiums on what they find in your social media posts. That Instagram pic showing you teasing a grizzly bear at Yellowstone with a martini in one hand, a bucket of cheese fries in the other, and a cigarette in your mouth, could cost you. On the other hand, a Facebook post showing you doing yoga might save you money.

Airbnb can disable your account for life for any reason it chooses, and it reserves the right to not tell you the reason. The company’s canned message includes the assertion that “This decision is irreversible and will affect any duplicated or future accounts. Please understand that we are not obligated to provide an explanation for the action taken against your account.” The ban can be based on something the host privately tells Airbnb about something they believe you did while staying at their property. Airbnb’s competitors have similar policies.

It’s now easy to get banned by Uber, too. Whenever you get out of the car after an Uber ride, the app invites you to rate the driver. What many passengers don’t know is that the driver now also gets an invitation to rate you. Under a new policy announced in May: If your average rating is “significantly below average,” Uber will ban you from the service.

You can be banned on WhatsApp if too many other users block you. You can also get banned for sending spam, threatening messages, trying to hack or reverse-engineer the WhatsApp app, or using the service with an unauthorized app.-Fast Company

An increasing number of societal “privileges” related to transportation, accommodations, communications, and the rates we pay for services (like insurance) are either controlled by technology companies or affected by how we use technology services all while Silicon Valley’s rules for being allowed to use their services are getting stricter.  All of the companies participating in these types of behavioral controls want one thing, and it’s the same thing the government wants: power over people.