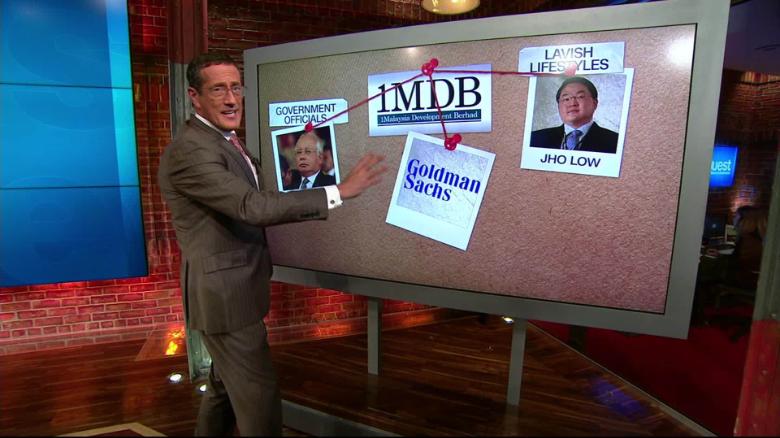 After filing charges against the bankers who allegedly masterminded the bond deals that seeded Malaysian sovereign wealth fund 1MDB with billion of dollars for ‘development’ purposes, and then the three Goldman subsidiaries – Goldman Sachs International, Goldman Sachs (Asia) LLC and Goldman Sachs (Singapore) Pte. – operating in the region where the scam was perpetrated, Malaysia’s muckraking attorney general Tommy Thomas is now going after 17 current and former Goldman directors.

The criminal charges are the latest step in Thomas’s crusade to recover the billions of dollars – with a face value of $6.5 billion – that were allegedly stolen from 1MDB by former Prime Minister Najib Razak and his inner circle.

The Goldman directors were being charged under Malaysia’s Capital Markets and Services Act, which has provisions that hold senior executives responsible for violations committed by their organizations.

“They occupied the highest executive positions in those three Goldman Sachs subsidiaries, and exercised or ought to have exercised decision-making authority over the transactions of those bodies corporate,” a statement from Thomas’s office read.

In response to Thomas’s announcement, a Goldman spokesman said: “We believe the charges announced today, along with those against three Goldman Sachs entities announced in December last year, are misdirected and will be vigorously defended.”

This is a major turning point in the investigation, and despite Goldman’s legal heft, it’s unlikely that these top bankers will get off scott free. Thomas is threatening criminal fines and custodial sentences, “given the severity of the scheme to defraud and fraudulent misappropriation of billions in bond proceeds, the lengthy period over which the offences were planned and executed…and the relative value of the fees and commissions paid to Goldman Sachs.”

The move marks an escalation in the Malaysian government’s investigation into 1MDB. But perhaps it’s just Malaysia’s most aggressive push yet to convince Goldman to give in to its demands to hand over $7.5 billion in reparations over Goldman’s role in the scandal.