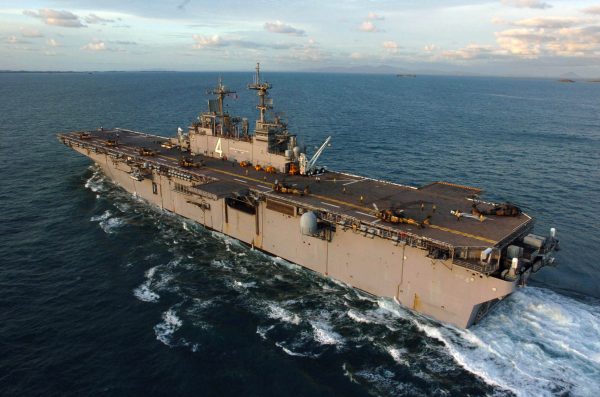 Has a war between the United States and Iran become inevitable?  That is what some in the mainstream media seem to be claiming, but let us hope that is not true, because such a war would mean immense death and destruction.  If the Iranian regime felt that their survival was at stake, they would throw everything in their entire arsenal at the United States and Israel, and they would unleash Hezbollah to commit horrific acts of terror all over the globe.  That would include acts of terror inside the United States, and most Americans have absolutely no idea how nightmarish it would be to have Hezbollah terrorists striking soft targets all across the country.  And in order to quickly win a war against Iran, the U.S. would probably have to use nuclear weapons, and that is a line that we do not want to cross.  This wouldn’t be anything like our wars in Afghanistan and Iraq, but very few people seem to understand this.

And within the last 48 hours, such a conflict has gotten much, much closer.  Here are 5 of the most important developments…

#1 According to President Trump, the U.S. Navy shot down an Iranian drone over the Strait of Hormuz.  The following comes from NBC News…

President Donald Trump on Thursday said that a U.S. Navy ship “destroyed” an Iranian drone over the Strait of Hormuz — the latest in a series of tense incidents between Washington and Tehran.

Trump told reporters at the White House on Thursday that the USS Boxer — a U.S. Navy amphibious assault ship — “took defensive action” against the Iranian drone that had “closed into a very, very near distance, approximately 1,000 yards.”

The drone was “threatening safety of the ship and the ship’s crew” and “was immediately destroyed,” he said.

#2 The Iranians denied that it was their drone.  So either the Iranians are lying (which is a very real possibility), or someone else may be trying to start a war between our two nations.  When asked about the drone, Iranian Foreign Minister Mohammad Javad Zarif seemed to indicate that the drone which was shot down did not belong to them…

“We have no information about losing a drone today,” Zarif told reporters at the United Nations before a meeting with Secretary-General Antonio Guterres.

#3 But the Iranians have admitted that they have seized a Panamanian-flagged, UAE-based oil tanker.  According to Iran, the tanker was seized because it was illegally smuggling Iranian oil “to foreign customers”…

The tanker was seized by Revolutionary Guard forces on July 14 after getting intercepted south of Iran’s Larak Island in the strategic Strait of Hormuz amid allegations that the tanker was smuggling fuel from Iranian smugglers to foreign customers.

It remains unclear to which country or company the tanker belongs but a tanker based in the United Arab Emirates disappeared earlier this week.

#4 The U.S. State Department has condemned Iran for seizing the tanker, and U.S. officials are demanding that they immediately release it…

In a statement, a State Department spokesperson said the U.S. “strongly condemns the Islamic Revolutionary Guard Corps Navy’s continued harassment of vessels and interference with safe passage in and around the Strait of Hormuz.”

“Iran must cease this illicit activity and release the reportedly seized crew and vessel immediately. We will continue to work closely with our allies and partners to ensure the Iranian regime’s extortion tactics and malign activities do not further disrupt maritime security and global commerce,” the spokesperson said.

#5 It has been announced that the U.S. is deploying 500 troops to Prince Sultan Air Base in Saudi Arabia.  As tensions with Iran continue to rise, the number of troops being staged at this base is likely to increase dramatically.  The following comes from CNN…

Five-hundred troops are expected to go to the Prince Sultan Air Base, located in a desert area east of the Saudi capital of Riyadh, according to US two defense officials. A small number of troops and support personnel are already on site with initial preparations being made for a Patriot missile defense battery as well as runway and airfield improvements, the officials said.

The US has wanted to base troops there for some time because security assessments have shown Iranian missiles would have a difficult time targeting the remote area.

I don’t know who is doing those “security assessments”, because the truth is that Iranian missiles can easily reach that base.

For a while there it seemed like things had cooled off a bit in the Middle East, and many were hoping that the threat of an imminent conflict had been averted.

Unfortunately, things are now more tense than ever, and a single mistake could set off a chain of events that nobody is going to be able to stop.

“We live in a very dangerous environment,” the Iranian foreign minister, Javad Zarif, said Thursday at the United Nations before news of the drone was made public. “The United States has pushed itself and the rest of the world into probably the brink of an abyss.”

And once we plunge into that abyss, there is no turning back.

Of course most ordinary Americans aren’t really thinking about Iran at all.  They are just busy working hard, raising their kids and trying to build their lives.  Perhaps they have heard a little bit about tensions with Iran on the news, but most of them have absolutely no idea that we could literally be on the verge of an apocalyptic war in the Middle East.

If a full-blow war with Iran erupts, events are going to start escalating very rapidly and it will set the stage for many of the nightmare scenarios that I have been relentlessly warning about.

A lot of the talking heads on television seem to think that “the worst case scenario” would be having the U.S. dragged into another endless “quagmire” like we witnessed in Afghanistan and Iraq.

No, that is definitely not the worst case scenario.

The Iranians have been preparing for this conflict for decades, and they would hit us with everything that they have got.

In order to defeat them quickly, we would have to go beyond just using conventional weapons, and that is somewhere that we do not want to go.