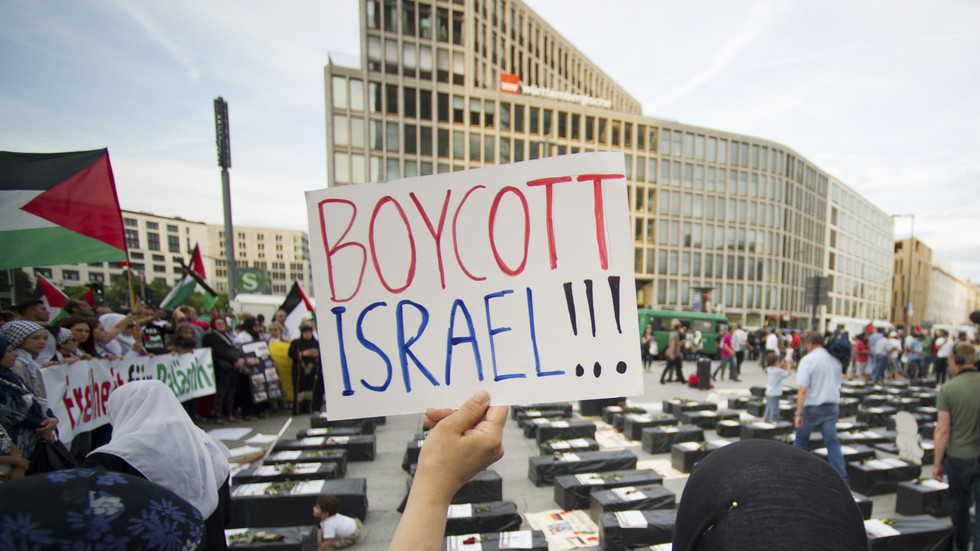 Congresswoman Ilhan Omar has introduced a bill that would protect the right to boycott Israel, apparently related to the Boycott, Divestment and Sanctions movement. We look at why the legislation is bound to be dead on arrival.

Omar (D-Minnesota) formally submitted the resolution to the House Judiciary Committee on Tuesday. Though the bill’s text does not explicitly mention BDS, it unmistakably endorses the movement that seeks to launch an international pressure campaign to incentivize Israel to withdraw from occupied territories and negotiate a peace settlement with the Palestinian leadership.

The resolution was co-introduced by Palestinian-American congresswoman Rashida Tlaib (D-Michigan), the only other member of Congress who openly supports BDS. The bill has attracted four other co-sponsors – all Democrats.

United in support for Israel

There is one problem, however: the bill has practically zero chance of making it out of committee. Even if it succeeded and made it to the floor for a vote, it would face near-certain defeat. However opposed to each other, the leaders of both parties agree on staunch support for Israel.

While President Donald Trump has got a lot of flak from the media and Democrats for recognizing Jerusalem as the Israeli capital, Senate Minority Leader Chuck Schumer (D-New York) has boasted that it was he who urged the president to do so.

Schumer has clashed with Omar before, over her support for the Palestinian cause. Speaking at the annual American Israel Public Affairs Committee (AIPAC) conference, he accused her of anti-Semitism.

House Speaker Nancy Pelosi (D-California) also attacked Omar the 2019 AIPAC meeting. Though not mentioning Omar by name, she made a thinly-veiled reference to comments she had made about the Israel lobby in the US that some mainstream media construed as being anti-Semitic.

Nancy Pelosi at AIPAC: “We must also vigilant against bigoted or dangerous ideologies masquerading as policy and that includes BDS … it does not recognize the right of Jewish people to national self-determination"”

“I simply declare to be anti-Semitic is to be anti-American” pic.twitter.com/rbMqU23IX0

“We must also be vigilant against bigoted or dangerous ideologies masquerading as policy and that includes BDS … it does not recognize the right of Jewish people to national self-determination,” Pelosi said.

Notably, pro-Israel lobbyists spent more than $22 million during the 2018 US election cycle, with AIPAC leading the way. Members of both parties received substantial sums. In fact, according to data from the Center for Responsive Politics, Democrats actually received more in pro-Israel campaign contributions during the 2016 and 2018 election cycles.

As for the Republicans, they have been taking the crusade against BDS to even greater extremes. The very first bill introduced into the Senate in 2019, by Senator Marco Rubio (R-Florida), included the provision called “Combating BDS Act of 2019” that would allow states to take punitive measures against companies that pledge not to do business with Israel or Israeli-owned companies – one of the central tactics promoted by BDS.

When it came up for a floor vote in February, the bill was approved by 77 votes to 23. The only reason it is not the law of the land is that its companion bill has yet to be voted on in the House.

Worse still for Omar, opposition to her bill is already being played out in Congress. On the very same day that she introduced the resolution, the House Foreign Affairs Committee, of which Omar is a member, voted on another bill to explicitly denouncing BDS. The movement undermines the two-state solution by and unfairly demands concessions from just one side of the conflict, while incentivizing the Palestinian leadership to reject negotiations, the bill says.

The counter-resolution currently has the support of about 70 percent of House Democrats, including the vice chair of the House Progressive Caucus, Ro Khanna (D-California), who is a co-sponsor. Because the bill does not criminalize or otherwise penalize those who support BDS, it has come to be seen as a compromise position between criminalization and support.