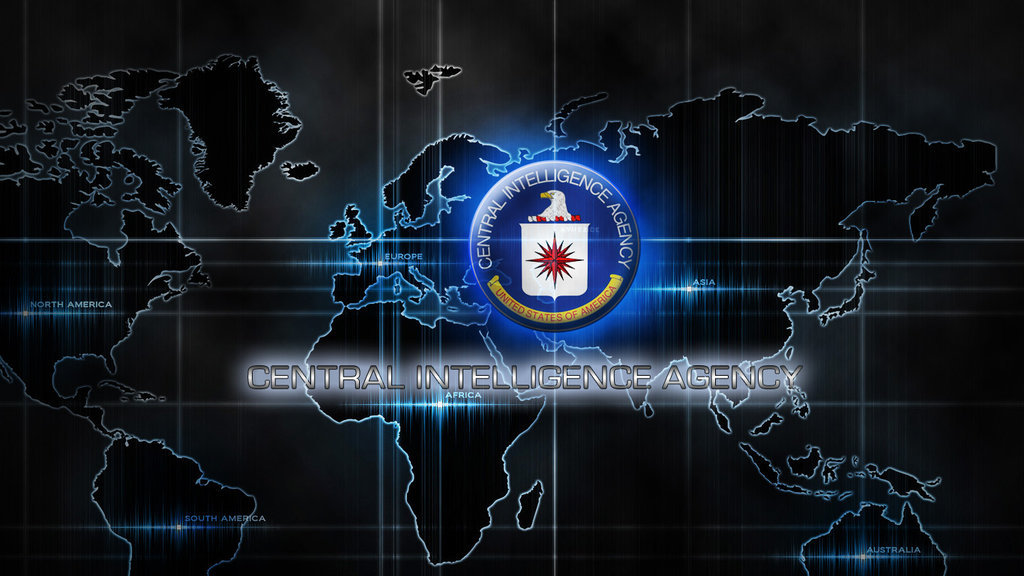 C.I.A.: Master of the Psyop

Trump’s Lone Ranger Diplomacy with North Korea All About Weakening China, So Are the CIA-Coordinated Hong Kong Protests 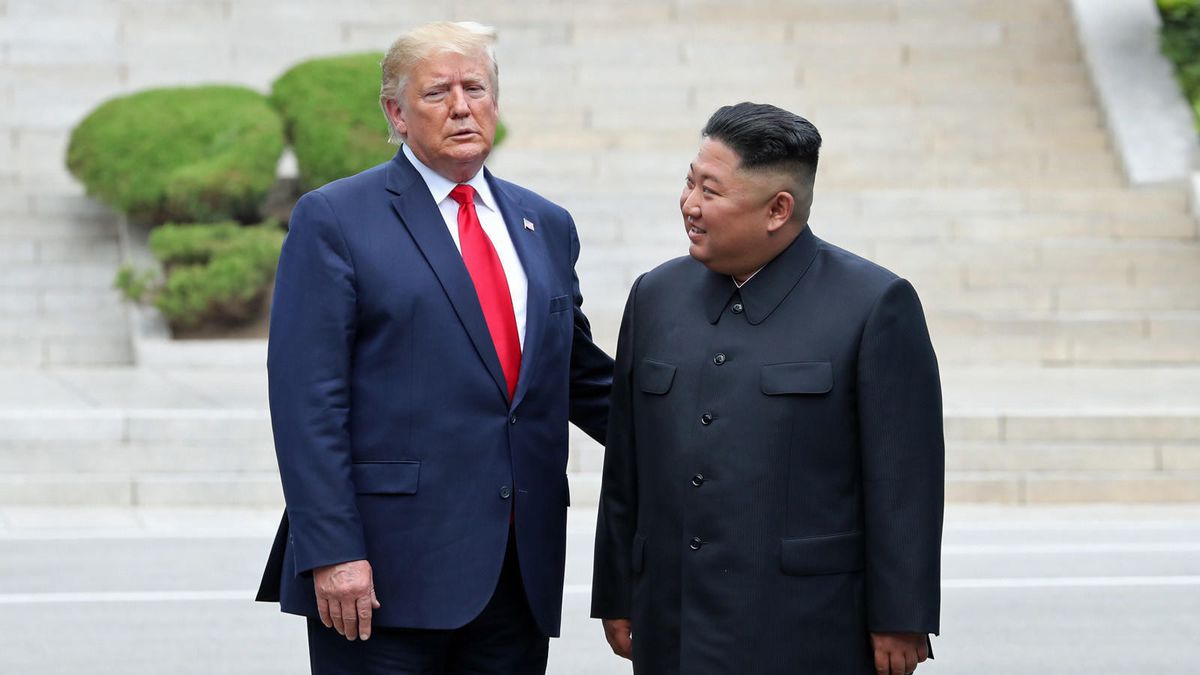 First, it’s crucial to understand that President Trump loves hobnobbing with tyrants.  The worse the tyrant the more he seems to enjoy the fraternity.  He did the same as he made his way through the New York City real estate and development community during his Trump Tower years.

There are multiple reasons for this conduct depending on the particular tyranny that becomes the object of his geopolitical checkers playing.

First, it’s important to note that Trump and NSA John Bolton are now notorious for playing good cop-bad cop.  North Korea has, once again, been chosen as the stage for this Fric and Frac tag team to really strut their stuff.

The whole world is watching a go-it-alone Trump court North Korea’s Supreme leader Kim Jong-un like he’s a teenager chasing a schoolgirl.  Truly, this juvenile exercise in diplomacy makes absolutely no sense except within the historical context of the United States attempting to wrest even more control over the Korean Peninsula.

As a covert agent of the International Banking Cartel, Trump’s primary purpose is to foist a Rothschild-directed central bank on Pyongyang.  The Zio-Anglo-American banksters want North Korea under their financial thumb just as the rest of the world is.  Their only hope for such a coup is for Trump to somehow trick Jong-un into a deal—a very bad deal for NK.

KEY POINT: It’s no coincidence that both North Korea and Iran have been the two biggest [CREATED] hotspots on Earth since the last Inauguration Day.  They are both two of very few countries that don’t have a Rothschild-controlled central bank.  Isn’t that a coincidence?!

Such an elusive success for Trump’s perfidious ploy would have the immediate effect of irritating China beyond the beyond.  Not only does North Korea share a long border with China, Pyongyang is but a stone’s throw from Beijing.

There are numerous geopolitical reasons for Trump’s fake diplomacy with North Korea that are well beyond the scope of this exposé.  However, all any geopolitical analyst has to do is take a close look at all the other hotspots on the planet where the U.S. is involved directly or indirectly.  Each and every one is about the International Banking Cartel using The USA As The Military Arm Of The New World Order.

The NYC banksters and DC politicos are only up to no good in places like NK (and Iran and Syria and Venezuela) as they jockey for advantage in every marketplace that appears to be up for grabs.  In essence, this imperialistic strategy is nothing less than competition between the highly Organized Crime Syndicates that currently rule the world.  Each of them wants more turf and no one, but no one, is going to move in on their turf.   The real problem, however, is that these Syndicates want everyone else’s turf.  The following exposé explains who really runs the whole place.

KHAZARIAN MAFIA RULES: While it’s true that Israel installed Trump in the White House, it was the Jewish Mafia that made sure he was elected. 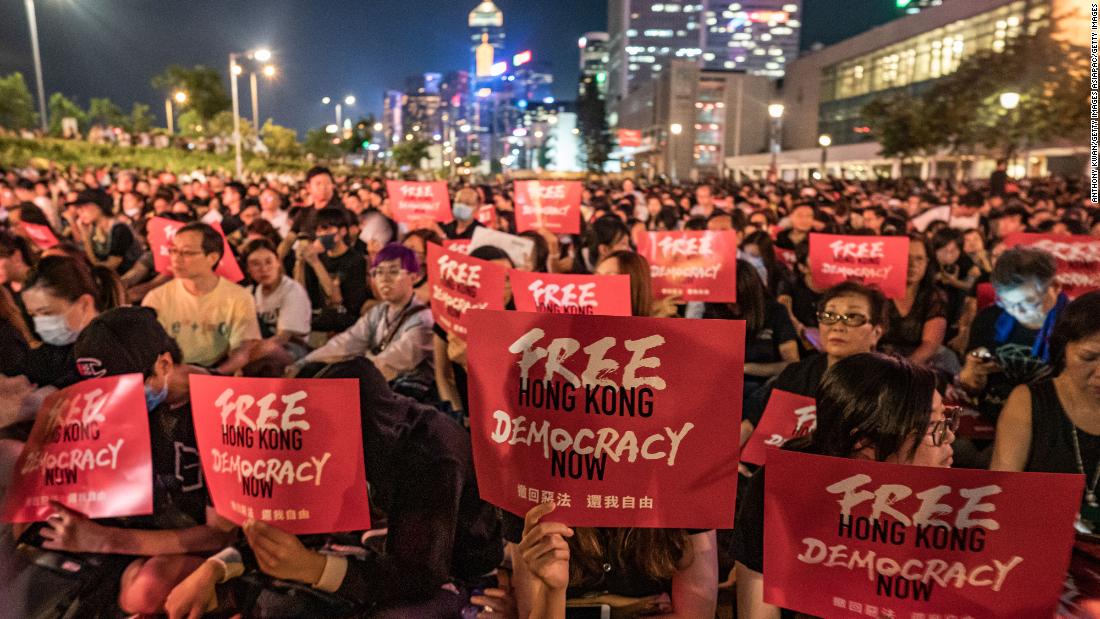 Whenever the ‘Democracy’ slogan is used, the C.I.A. is operating in the shadows.

Hong Kong Protest: Another CIA-Coordinated ‘Color Revolution’ In The Making

Previously labeled the ‘Umbrella Revolution’ to falsely portray it as a populist movement, it is  now memed “Hong Kong Anti-extradition Bill Protests” because the CIA Color Revolutions were a dead giveaway of Western regime change

China is once again under indirect assault by the West.

The recent Hong Kong Protests have been purposefully manufactured to further undermine China’s stability during the tumultuous trade talks with the Trump administration.

Massive protests like those engineered in Hong Kong don’t just happen spontaneously; they are fastidiously planned and dramatically executed to have maximum effect.  And so they are!

The Trump administration has already proven itself to be highly treacherous where it concerns regime changes throughout the world.  Venezuela is an obvious American-coordinated coup d’´état against a democratically elected President Maduro.  The U.S. military also continues to illegally occupy Syria in order to stealthily oust President Assad.  The Ukraine is yet another story of CIA-coordinated stealthy strategy to rule by proxy.

Hence, it should come as no surprise to the world community of nations that Trump & Company will do anything in its power to destabilize the Xi Jinping’s government as a means of winning the intensifying trade war.

What the Trump administration fails to realize is that they have irreversibly destroyed any trust that existed between Beijing and Washington, D.C.  It’s gone—FOREVER.  Nevertheless, the Neanderthals inside the Beltway think they can coerce China into a deal—one that’s negotiated via gunboat diplomacy. (As if U.S. warships sailing through the strategic Taiwan Strait won’t enrage the Chinese even further.)

“There’s not a single major protest or coup d’état,
revolution or civil war that doesn’t have the CIA’s
fingerprints all over it.”

“It was not until 29 August 1842 that Hong Kong Island was formally ceded in perpetuity to the United Kingdom of Great Britain and Ireland under the Treaty of Nanking (1842). The British officially established a Crown colony and founded the City of Victoria in the following year.” (Wikipedia — Hong Kong)

Then, from 1942 until 1997 Hong Kong was a British Protectorate during the Post World War II era. All taken together, that represents 155 years of British rule; certainly enough time for the Anglo-American Axis to mold the island into its own image. Of course, many a British journalist are well known to be full-time agents of the CROWN, as most of the media organizations covering Hong Kong news and business are embedded with them.

“Whoever controls the media controls the minds of the people” and there is no other country on Earth who mastered this strategy like the British. Masters of the English language that they are, it doesn’t take much for them to mobilize a few thousand, or hundred thousand, rebellious college students and jobless young adults to the public square. By deftly utilizing social networking websites, which the CIA themselves created such as Facebook, Twitter, Instagram and many others, they can galvanize young cyber-groupies in a Hong Kong flash.

What’s the point?  Hong Kong has been hardwired by its British masters over many decades, particularly the banking and commercial sectors, news media and government.  Officially known as “Hong Kong Special Administrative Region of the People’s Republic of China”, it is populated by a Cantonese-speaking majority from neighbouring Guangdong province.  They originally “fled to escape the wars and communist rule in mainland China from the 1930s to 1960s”.

In light of this significant history, it’s easy to understand how foreign agents, particularly Anglo-American intelligence agencies, can stoke the fires of rebellion among a liberated group of Chinese people already predisposed to Western-style ‘democratic’ capitalism.  The only surprise in this evolving protest is that the West didn’t attempt a mini-coup a lot sooner.  As this very dynamic scenario unfolds, the true strategic purposes will reveal themselves as they always do.  Divide and rule, however, is ultimately the goal of any CIA/MI6 black operation of this nature.
(Source:  Hong Kong Protest: Another CIA-Coordinated ‘Revolution’ In The Making)

In light of these radioactive revelations, there’s only one way to correctly comprehend the role of President Trump and the USA in the world today.

Trump is basically the frontman for the fascist side of the Zionist Crime Syndicate and it cat’s paw, the Khazarian Mafia.  He was specifically chosen for that role decades ago and painstakingly groomed to sell the utterly fake “Make America Great Again” agenda as a necessary distraction to the massive build-up and funding of the Military-Industrial Complex—the primary moneymaker for the International Banking Cartel.  See the lengthy exposition that follows with more vital background info.

Only with this essential knowledge can major world events on the very dynamic global geopolitical chessboard be properly understood.

Quite unfortunately for the USA, the history books of the future will clearly reflect that while Trump was childishly playing checkers, Jinping’s China, Putin’s Russia and India’s Modi were the ones who were really playing 5D chess. See: RIC: The Economic and Political Alliance Poised to Crush the Zio-Anglo-American Axis

Even Jong-un’s North Korea is learning how to play the Great Game that was initiated by the Khazarian Mafia-controlled British government centuries ago.  Really, how stupid do the Neocon Zionists think Kim is?  No matter how many photo-ops with Trump are arranged, the North Koreans know exactly what the banksters are up to. 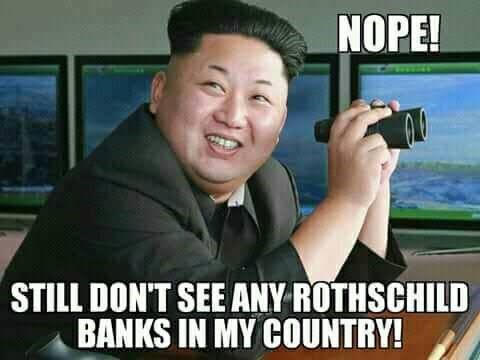 Compared to the East, the West just doesn’t get it.  The Zio-Anglo-America imperialists really do believe that “might makes right”.  And, that American exceptionalism can be used rule the world.[1]

However, that’s all about to change in a BIG way—and much sooner than later.