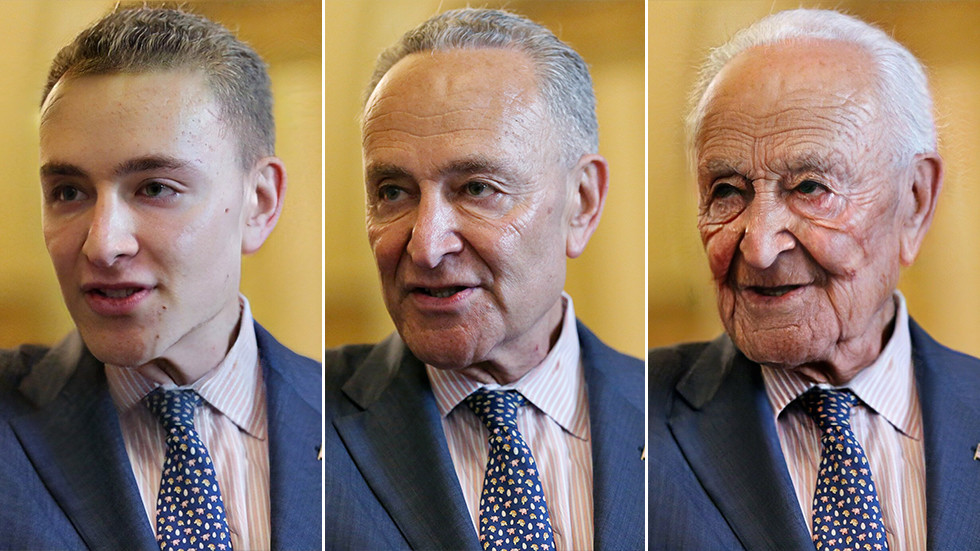 Schumer, DNC up in arms over face manipulation app created by ‘the Russians’

Accusations about FaceApp, a service for manipulating portraits, have graduated from racism and transphobia to a bona fide national security threat, with Chuck Schumer calling for a formal FBI probe. Because Russia is behind it!

The Senate minority leader called for an inquiry into the app, which is developed by a St. Petersburg-based firm, Wireless Lab, saying he has “serious concerns” about how it handles personal data. He wrote a letter to heads of the FBI and the Federal Trade Commission (FTC), saying: “FaceApp’s location in Russia raises questions regarding how and when the company provides access to the data of US citizens to third parties, including potentially foreign governments.”

Because millions of Americans have used it

It’s owned by a Russia-based company

And users are required to provide full, irrevocable access to their personal photos & data pic.twitter.com/cejLLwBQcr

A similar ‘Reds-under-the-bed’ alarm was sounded by Bob Lord, a former Yahoo! executive and current chief security officer for the Democratic National Convention (DNC), who told Democratic campaign staff not to use the app, because it “was developed by Russians.”

FaceApp has been around since 2017 and allows users to upload a portrait to its server, where an AI algorithm applies so-called filters to alter the image. The app has faced a string controversies in the past. Filters that could make a face seem black or Asian were called racist, before they were removed. Gender-bending filters also drew criticism from LGBT advocates, who saw them as offensive to trans people.

The app’s most recent surge in popularity comes due to its ability to manipulate age, with a number of celebrities posting images of how they could look in their later years.

In case you wondered, IT experts are yet to catch FaceApp doing anything nefarious, or at least more nefarious than what other apps out there do. The company has provided assurance that it doesn’t get access to all camera photos, contrary to what some people have claimed, and that the servers used for its AI magic are owned by Amazon and Google.

The tech giants may not be flawless in handling private data, but they’re at least considered kosher enough to provide cloud services to America’s own spies and military. Unless ‘the Russians’ have secretly subverted them, that is.