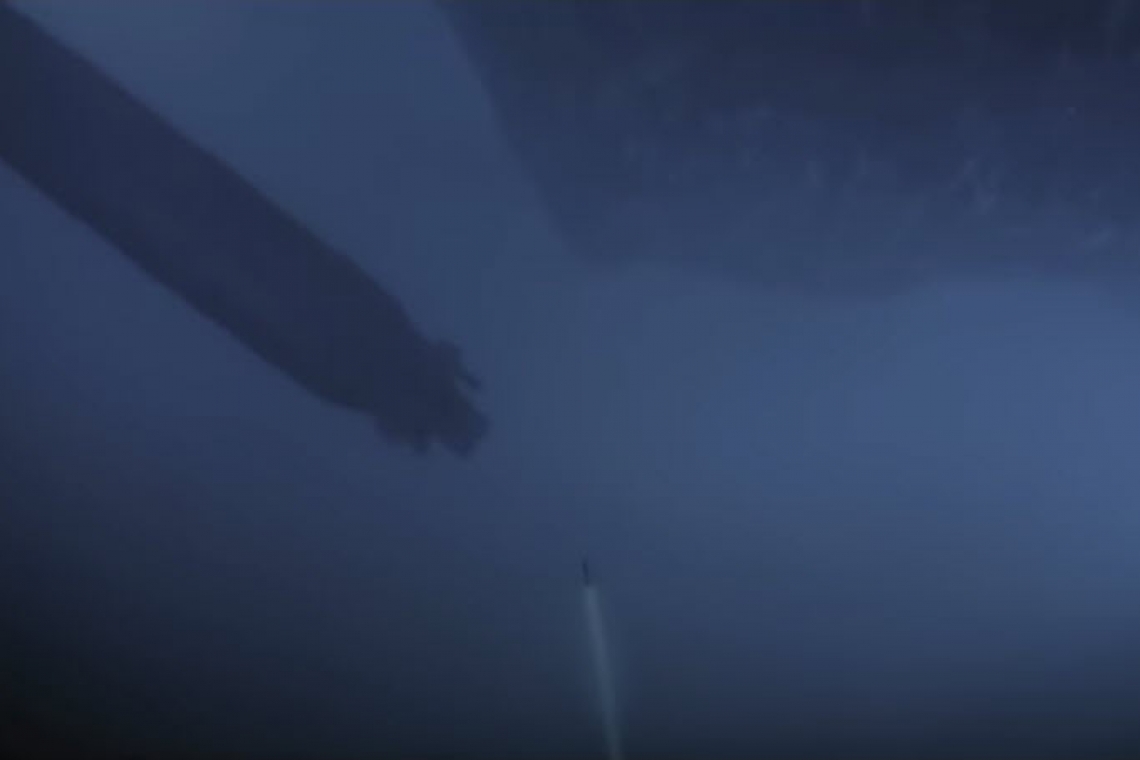 The Russian submarine allegedly sustained heavy damage in the fight, with upwards of 14 crew killed, but it made it back to its base in Russia.

I have calls into the Pentagon and to my Intel Sources seeking to confirm (or deny) this information.

No word on US casualties.

Emergency meetings have been taking place at the White House this afternoon, with Vice President Pence being called back to the White House and having to cancel his scheduled trip to New Hampshire.

As Pence was being called back, word broke in Russian media that Russian President Vladimir Putin cancelled a public event he had long scheduled, and diverted immediately for a meeting with his Defense Minister.

At that meeting, both Putin and the Defense Minister SUMMONED the General Secretary of the Russian Armed Forces to the meeting.

While that was taking place, the European Union headquarters in Brussels Belgium called an Emergency meeting of the EU National Security Council and, separately, the British Government called a COBRA meeting for its government.

This is a developing story.  Check back for updates.

Russian President Vladimir Putin has ordered the country’s defense chief to travel to a northern naval base to conduct a probe after a fire on a deep-sea research submersible killed 14 crew members.

(Hal Turner Remark:   A fire huh?  Hmmmmm.  Caused by what?  A firefight with a US Submarine, perhaps?)

Putin on July 2 called the incident a “terrific loss” and told Defense Minister Sergei Shoigu to “personally hear reports” and direct the Investigative Committee to “definitely establish the causes behind this tragedy.”

Putin’s meeting with Shoigu came after the Defense Ministry said earlier in the day that 14 sailors were killed when a fire broke out on July 1 aboard a submersible carrying out research work in Russian territorial waters.

(Hal Turner Remark:   “In Russian territorial waters???”  Why the need to say THAT?  Something’s fishy already with the public statements from Russia. And US/EU/UK governments do not have “emergency meetings” over a “fire” inside a Russian submarine.   Nope.  I don’t buy this one bit.  This sounds like a cover story to me.  Still digging via my intel contacts.)

Here is how events unfolded earlier today, leading up to this story:  Click HERE   (More updates to follow, below)

Despite my inquiries to the Pentagon, Lt. Col. Carla Gleason has failed to respond for several hours.  No confirmation.  No Denial.

You can tune-in on Global High Frequency stations WBCQ on 7.490 and 5.130 (AM), both 50,000 watt stations, as well as on WRMI on 9.455 (AM) which is a 100,000 watt station.   You can also tune-in on regular AM radio via KYAH 540-AM “Utah’s Talk Authority.”  The show is also simulcast LIVE right here on the net at HalTurnerRadioShow.com using the LISTEN LIVE links in the menu bars above.  Additional updates to this story will appear below.  This show and web site is reader/Listener supported.  Donations are needed and appreciated.  Donate via Paypal using the yellow DONATE button in the right column above.  To access the COVERT INTELLIGENCE, derived from Hal Turner’s intelligence agency contacts developed from his years with the FBI Joint Terrorism Task Force (JTTF) where he was “fully operational National Security” who was also granted “Extra-territorial authority” to operate outside the United States, become a subscriber for $1 a week billed quarterly ($13) HERE

I will give this Intel to you exactly how I just got it.  Make of it what you will:

Gold Bullion spiked up by $40 per ounce in the final hours of trading today.  The money people are running to Gold for safety. It is worth noting that a few U.S. wars have started because of a sunken ship.


1. The sinking of the Battleship Maine in Cuba for the Spanish-American war.

2. Sinking of the Lusitania by a German U-Boat and we go into World War I.

3. The sinking of a whole bunch of ships at a Naval Base named Pearl Harbor and World War II starts.

4. A naval battle in the South China Sea Gulf of Tonkin starts the Viet-Nam war.

5. I guess we could also include the American Revolution due to the Boston Tea Party where Colonial Masons robbed and burned British Ships -AND-

I guess the War of 1812 deserves an honorable mention because the Star Spangled Banner was written during a naval bombardment of Fort McHenry.

While Russian Television (RT) has put out a story claiming the research submarine suffered a fire causing the deaths of 14 crew, the article (HERE) again claims the sub was “in Russian Territorial waters.”

Strangely, FOX NEWS has also published a weird story on what the United States specific actions would be in case of a Russian NUCLEAR ATTACK upon America (HERE).   The timing of this particular story is . . . interesting . . . to say the least.