GHISLANE MAXWELL: Anyone who doesn’t believe Epstein’s ‘recruiter’ was Mossad needs to understand her father’s story GHISLANE MAXWELL: Anyone who doesn’t believe Epstein’s ‘recruiter’ was Mossad needs to understand her father’s story

The Cold War, Mossad and the Death of Robert Maxwell…

I have become engrossed with the secret antics of the Cold War. Another character in this time frame, is Ian Robert Maxwell, born Ján Ludvík Hyman Binyamin Hoch. He was a Flamboyant, larger than life character in Britain’s publishing world, as owner of the Daily Mirror.  He ate too much, did not take care of his health, and took all kinds of medications.  At 67 he was sickly.  His life and disappearance in November 1991, is right up there with “What happened to Jimmy Hoffa?” After his disappearance, what was discovered about Robert Maxwell was even more enlightening.

He was born in Czechoslovakia and escaped Nazi occupation during WWII, though his parents were not so lucky. They were peasant Jews that died at Auschwitz during the war.  Maxwell joined the British Army, and by 1945 he had earned the rank of Captain in the army. He ended up in Berlin as head of the foreign press office. He was well positioned to cut through red tape and make things happen.  He garnered attention after WWII by smuggling aircraft parts into Israel. This led to them having supremacy in the air and helping them win their independence in 1948.

That was the beginning of his rise to notoriety.  In the 1950’s he purchased Pergamon Press this began his meteoric rise as a publishing mogul in Great Britain. In the 1960’s he as he was elected to Parliament, then he was reelected a second time for the Labour Party in Buckingham. In 1984 he purchased the British Printing Corporation, Mirror Group Newspapers. A life right out of Robin Leach’s Lifestyles of the Rich and Famous, Maxwell often flew in from Oxford in his Helicopter. He also frequently sailed on his yacht the Lady Ghislaine. He was constantly suing someone and constantly in involved with some sort of controversy.

Maxwell purchased Mirror Group Publishing for $113 million dollars. This included the Daily Mirror.  Then he purchased Sinclair Research. As the 1980’s saw him acquiring companies and building his empire, he was doing this using pension funds from his own companies.  He was also getting into financial trouble  cannibalizing his organizations, and the British government was taking note.

Bob Maxwell knew he was in irreversible trouble in his business affairs. His once great empire was collapsing around him, except for the still-profitable Mirror Group Newspapers. His American acquisitions were a crushing debt burden. He had devoured  the entire pension funds of Maxwell Communications to try to ease that debt burden, and he mortgaged virtually all his wealth on a huge gamble with fate. (1)

So when he was reported missing from his extravagant Yacht, Lady Ghislaine in November 5, 1991, there were many questions about what happened to Bob Maxwell. Did he have a heart attack and fall overboard?  Did he commit suicide to escape his crumbling empire?  When they pulled his body from the Atlantic Ocean around the Canary Islands more would be revealed about the life and death of Robert Maxwell.

The autopsy was performed  by  doctor Carlos Lopez de Lamela. Dr. Lamela said in a telephone interview that the Spanish autopsy team had found that Mr. Maxwell had a chronic lung disease and a heart ailment, including severe narrowing of the arteries. That would be listed as contributing to death along with drowning.

“We are saying that he probably died of ischemic heart disease,” said Dr. Lopez, describing a condition in which not enough oxygen-rich blood reaches the heart. Even though detailed studies performed in Madrid had found no proof of a heart attack. They had also produced no evidence of poison, alcohol or significant doses of medicines, he said. Also there was no significant amount of water in his lungs, so it appears he hit the water dead, the truth is this; The family identified the body, and the forensic team took it at face value. Though they believe his heart and lung issues contributed to his death, there were forensically no real indicators of a heart attack…. The forensic team could not rule out suicide, though his family said it would have been out of character.  So what killed Robert Maxwell? (2)

Many believe it was the Mossad.  Over the years Maxwell had built up an impressive amount of powerful foreign contacts. He had many commercial contacts with Eastern Europe. He also passed communist information about the Soviets to the West. He had powerful ties to the Israeli government and at the end of his life was believed to be passing information to Israel.

Martin Dillion spent years researching Maxwell’s life and wrote the book, The Assassination of Robert Maxwell, Israel’s Superspy. He and Gordon Thomas uncovered information that depicted Robert Maxwell as a spy for the Mossad the last 6 years of his life. In life many called him a ‘monster’ at times, he threatened many around him. He threatened his wife, his children, the staff and his paper, and most erroneously the Mossad.

There was evidence he tried to blackmail Israel for $400 million dollars to save his failing empire. His list of accomplishments that would enable him to do this was astounding:

Remember this is a man who was taken into the bosom of The KGB leader Kryuchkov. Kryuchkov wanted Maxwell to help overthrow Mikhail Gorbachev and put Russia back as a communist nation.  For that Maxwell’s $400 million debt would be erased. Israel would go to the US and persuade them to put Russia back to its communist roots during the Cold War.

The KGB chief wanted Maxwell to use the Lady Ghislaine, named after Maxwell’s daughter, as a meeting place between the Russian plotters, Mossad chiefs and Israel’s top politicians. Mossad set about planning Maxwell’s murder instead. He was taking Halcion and Zanax, that with a couple of drinks made him pliable. An electronic net was cast over the ship and security cameras shut off.  So there was no record and no communication with the outside world. It is rumored after he met with Mossad, they injected him with some drug behind the ear. It was over.

The flamboyant, luxury loving Robert Maxwell was no longer a threat to Israel, Mossad or any other country whose secrets he had been holding. He was dead, and his body was cast overboard. When he was discovered there was much speculation as to what killed him, but as I said much of the evidence did not neatly fit in the categories. Before Maxwell died, Ari Ben-Menashe (former employee of Israel’s Military Intelligence Directorate) came forward to many US and Great Britain News Agency’s proclaiming Maxwell was Mossad.

His death caused panic with the banks he owed.  Maxwell had used millions of pounds from his own companies to shore up shares of the Mirror Group, and to save his companies from bankruptcy. Shearson Lehman and Goldman Sachs put back the money into the pension funds. His death is still a mystery, there are some who believe the body they fished out of the sea was not Maxwell’s and that he lives on somewhere out of the Mossad’s reach. His life was a story movies were created around…. 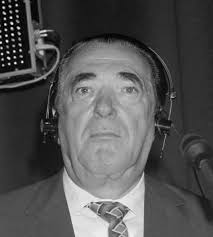