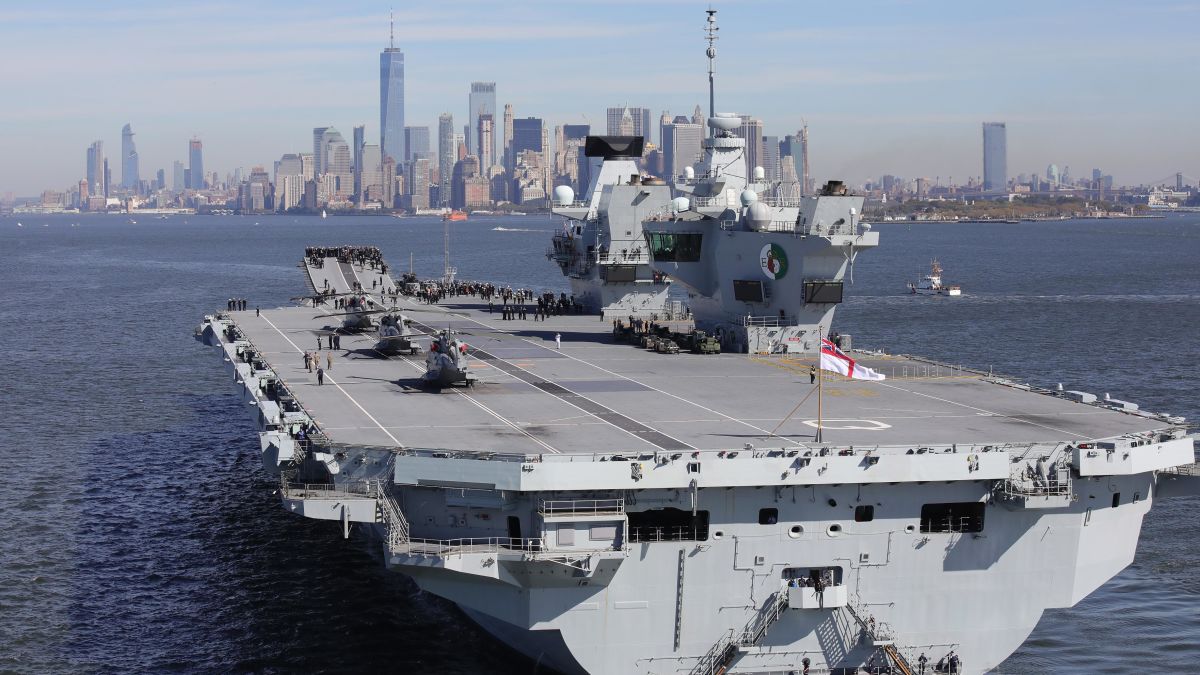 The $3.8 Billion Aircraft Carrier That Sprang A Leak

It was the “future flagship” of the Royal Navy’s fleet, and embarked from Portsmouth for sea trials last month, but then a leak so severe that it reached “neck-high” in some flooded parts of the ship forced a hasty return to its Portsmouth base.

“Following a minor issue with an internal system on HMS Queen Elizabeth, the ship’s company were required to remove a small volume of water from the ship,” a Royal Navy spokesperson said. “An investigation into the cause is underway.”

The “minor issue” involved a whopping 250 tons of water (66,000 gallons) flooding two compartments and a stairwell inside the 65,000-ton warship.

A number of UK media reports said the cause was a likely high-pressure sea water pipe which burst. Days following the incident, which was first revealed middle of last week, the Royal Navy reported that the ship’s hull remained undamaged and that all the water was successfully pumped out.

“During her time out of the water, 284 hull valves were changed, both rudder blades were removed and cleaned, her sea inlet pipes were inspected, all sacrificial anodes were replaced and a renewed coat of anti-foul paint was applied to the ship’s bottom,” a Royal Navy press release described further.

The Royal Navy calls the Queen Elizabeth as well another carrier still under construction, the HMS Prince of Wales, “the largest and most advanced warships ever built for the Royal Navy.”

The ship has reportedly been plagued by other mechanical issues such as a shaft seal leak resulting the ship taking on 200 liters of water every hour, as well as sprinklers being falsely triggered in an aircraft hangar, according to the BBC.

Also interesting is that its captain was removed last May due to misuse of a British Defence Ministry vehicle, the BBC reported.