Trump has become an extremely dangerous MIC-sponsored terrorist. No POTUS should ever wage unprovoked wars of naked aggression for the apartheid state of Israel! 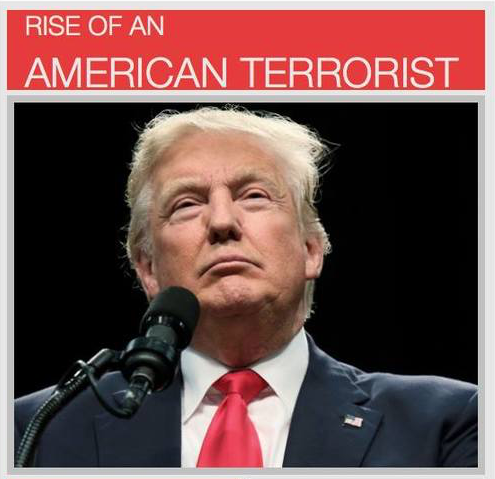 Trump has become an extremely dangerous MIC-sponsored terrorist. No POTUS should ever wage unprovoked wars of naked aggression for the apartheid state of Israel!

Arguing that Iran understands only “strength and power,” US President Donald Trump threatened to show them just that, tweeting that any Iranian attack on America would be met with “overwhelming force” and “obliteration.”

As relations between Iran and the US strain to the brink of open conflict, Trump warned Washington’s long-term Middle Eastern rival in a Tuesday tweet that “any attack by Iran on anything American will be met with great and overwhelming force.”

….Iran’s very ignorant and insulting statement, put out today, only shows that they do not understand reality. Any attack by Iran on anything American will be met with great and overwhelming force. In some areas, overwhelming will mean obliteration. No more John Kerry & Obama!

Trump also rather boldly set himself apart from the Democratic politicians he believes to have been soft on the Islamic Republic:

The president’s brash tweets came in response to Iran’s statement earlier in the day, which declared that diplomatic channels between the two countries were now permanently closed due to Trump placing sanctions on Supreme Leader Ayatollah Khamenei.

However, it might have been the way the declaration was announced that ruffled Trump, as President Hassan Rouhani also called his administration “mentally retarded.”

Tuesday’s rhetorical stand-off follows several recent escalations in the ongoing conflict between the two countries. After Washington accused Tehran of attacking two tankers in the Gulf of Oman, Iran shot down a US surveillance drone for allegedly violating its airspace. While Trump says he called off an actual military strike against the country at the final moment, he has since imposed new economic sanctions, promising they would not be the last.