“Soul Scalping” – Is Facial Bruise Mark of the Beast?

“In their insane desire to have human bodies as their own,
Aliens have perfected the ability to take a person’s soul out
of their body and put it ‘elsewhere.'”
The bizarre recurrence of facial bruises (and bandaged fingers) on
Illuminati politicians and entertainers has resulted in speculation
that their souls have been replaced in a satanic ritual called “soul scalping.”
I do not believe in “aliens” unless we are speaking about
a demonic spirit that has overcome the world elite.
This is not a crazy conspiracy theory.
Something very sinister has happened but no one wants to face it.
Mankind has been colonized by a satanic cult.
Here are excerpts from Sherry Shriner’s “The Prisoners of Dulce Base.”
(Disclaimer- I don’t agree with Shriner’s assumptions
about the Vatican and our “Judeo Christian” heritage.)
from Oct 19, 2017
by Sherry Shriner
(Excerpts by henrymakow.com)
There are two governments occupying the United States of America today. First, there is the traditional government established by our founding fathers, founded upon the constitution and an elected government, and there is the fascist-Bavarian-Illuminati backed “underground or shadow government” led by the Corporate-Military-Industrial government, which is fighting against traditional America on its own soil. In other words, the two sectors are the Judeo-Christian based Constitutional Republic of America and the Luciferian-cult-based Socialist empire of Bavaria, known as Bavarians or the Illuminati. 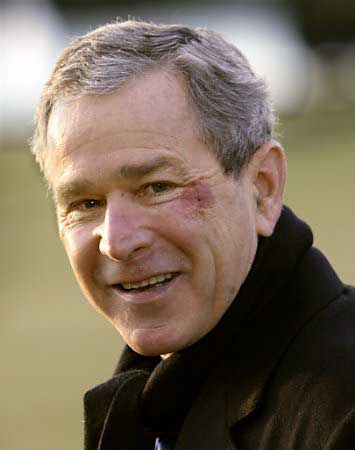 (George W Bush)
Perhaps as early as 1776, a gradual coup d’etat has been underway by Illuminati secret societies to undermine, overpower, and take over the traditional form of government in America and establish a fascist Luciferian dictatorship working under the guise of a New World Order.
Over the last 70 years since 1933, this New World Order Shadow Government funded by American tax dollars and illegal drugs and weapons trades has been developed and implemented alongside our normal government but kept hidden and out of public view by a controlled media and their trained assassins.
There is an inevitable war waiting between the elected surface government and those who will fight to defend it and the underground joint humanoid-reptilian-draconian New World Order if freedom is to be preserved. Over the past 40 years, the New World Order has successfully taken over the elections process to guarantee one of their followers is always elected as president. The American public has been deceived and played as fools by those who wish to destroy them from within. This joint alien-human domination is almost complete. 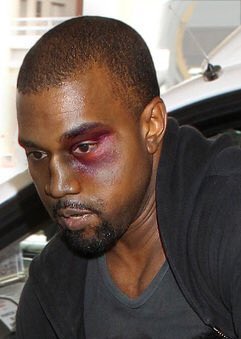 It is this joint alien-human government that has covertly undermined our elections process, lied to the American people, and have served as Presidents and many of our Congressmen since the 1970s.
Secret Societies rule our government. Not one president has been elected for the past 30 years that was not a member of the Council of Foreign Relations and Trilateral Commission run by the Illuminati. The insignia of the Trilateral Commission is the same insignia seen on Alien aircraft.
It is the fascist core of the NSA and CIA that has been the Illuminati’s arm of control and protection here in America. It is this core who protect information about these bases and the alien aspect of the shadow government from being exposed. It is this core that is the direct link, not only to the aliens who direct behind the scenes, but the Vatican itself that sits at the top of it all. Not the Pope himself, but the Black Pope position, the real power in the Vatican that is hidden behind the “white” Pope and is virtually the Seat of Lucifer himself. The Draconians, dragons, of which Satan is, run the Vatican and the Illuminati and they rule this alien-human empire via Lucifer from the Vatican.
— 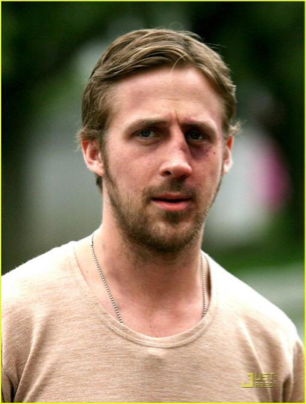 SOUL SCALPING
(Ryan Gosling)
In their insane desire to have human bodies as their own, Aliens have perfected the ability to take a person’s soul out of their body and put it ‘elsewhere.’ This gives them access to a human body devoid of a soul. The body is a shell, a carcass, and they can take over and possess this body and use it for themselves.  This is termed as “walking-in.” There are two types of walk-ins. Aliens can walk-in and possess a live human body, and/or a dead human, or in this instance, a live human who had their soul removed and then their body was taken over and walked-in by an alien.
What happens to souls? What is a soul? A soul is what makes you-you. We are souls, and our bodies are just shells that cover our souls. Can we exist outside our bodies? Yes, as a spirit, in spirit form. The aliens are kidnapping humans and taking out their souls and then putting these souls in storage containers, even boxes, and then taking over the human bodies as their own.
The person who was abducted and kidnapped is not dead. They are still alive, but now as a soul, they are trapped in that container or storage box they were put into. They become prisoners imprisoned in these storage containers with no way out.
— 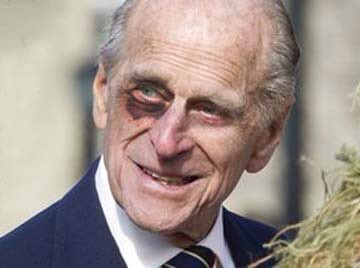 (Prince Phillip)
When George Bush Sr. first publicly announced the creation of the New World Order in 1991, he was in effect publicly announcing an alien take over of our nation and the replacement of our republic and constitution with a Luciferian and Alien dominant government.
Related- For more pics and comments –see this twitter feed
—Donald Marshall and the Cloning Station
Marshall’s in-depth explanation of what body snatching is all about, and quite a bit different from the limited and skewed version which Shriner assembled
—Aanirfan
Aliens actually Demons – James Perloff
90% of people we see on TV are possessed – Sherry Shriner
Soul Scalping by Sherry Shriner    “They shove a small snake down your throat”
First Comment by James C

In many places, the New Testament indicates that demons, including Satan, can literally enter human beings (Luke 22:3).  Likewise, on page 198 of his book The Biggest Secret, David Icke has several illustrations by Clive Burrows of what gifted psychics claim to be able to see, “reptiles of the lower fourth dimension” overshadowing world leaders in politics, banking, business, and the military.  In her online book The Rainbow Swastika, Hannah Newman has a lengthy section on what she calls New Age “Walk-outs” and “Walk-ins.”  She says that the “Walk-outs” are people who voluntarily allow themselves to be possessed by “Walk-ins.”   Here is a quote from her book:

In response to human need, some of these Masters become “Avatars” by occasionally taking up residence on the physical plane within a human host, known as “incarnation” (in their own body) or “overshadowing” (sharing the body with another soul). There are different degrees of overshadowing, ranging from divine impressions (resulting in channeling and dictation of “wisdom” literature) to the host actually “stepping out” of his body to allow the “master” full control. (see Bailey’s _A Treatise on Cosmic Fire_, p.756-757) This last stage transforms the outwardly normal-looking person into a body hosting an alien resident; the human owner is known in NA parlance as a “walk-out”, and the spirit-tenant is a benevolent “walk-in”. [Interesting that not even the toughest NA cynics question the motives or integrity of these strangers who ask us to surrender our rightful property to them. Is there such a thing as a spiritual “free lunch”? Read on.]

A detailed explanation of the phenomenon is available in the landmark 1979 book: _Strangers Among Us: Enlightened Beings from a World to Come_, by Ruth Montgomery, a walk-in enthusiast. [Although outdated, it is useful in presenting the basics of this belief.] Montgomery, who claims to have received her information through channeling, writes: “Most Walk-ins zealously guard the secret of their altered identity, because people tend to fear” the phenomenon (p.47) and would launch “witchhunts” (p.125). But walk-ins can be identified by their unusual powers, including mind-reading, the power to “forestall” human activity (p.30) and the ability to insert thoughts into a human mind which he thinks are his own (p.71). [“Star Wars” fans will recall the ability of the “Jedi knight” to do all of these.] Montgomery was told that walk-ins number into the “tens of thousands [as of 1979]” (p.13), and she prophesies of a walk-in US President at some point (p.207).