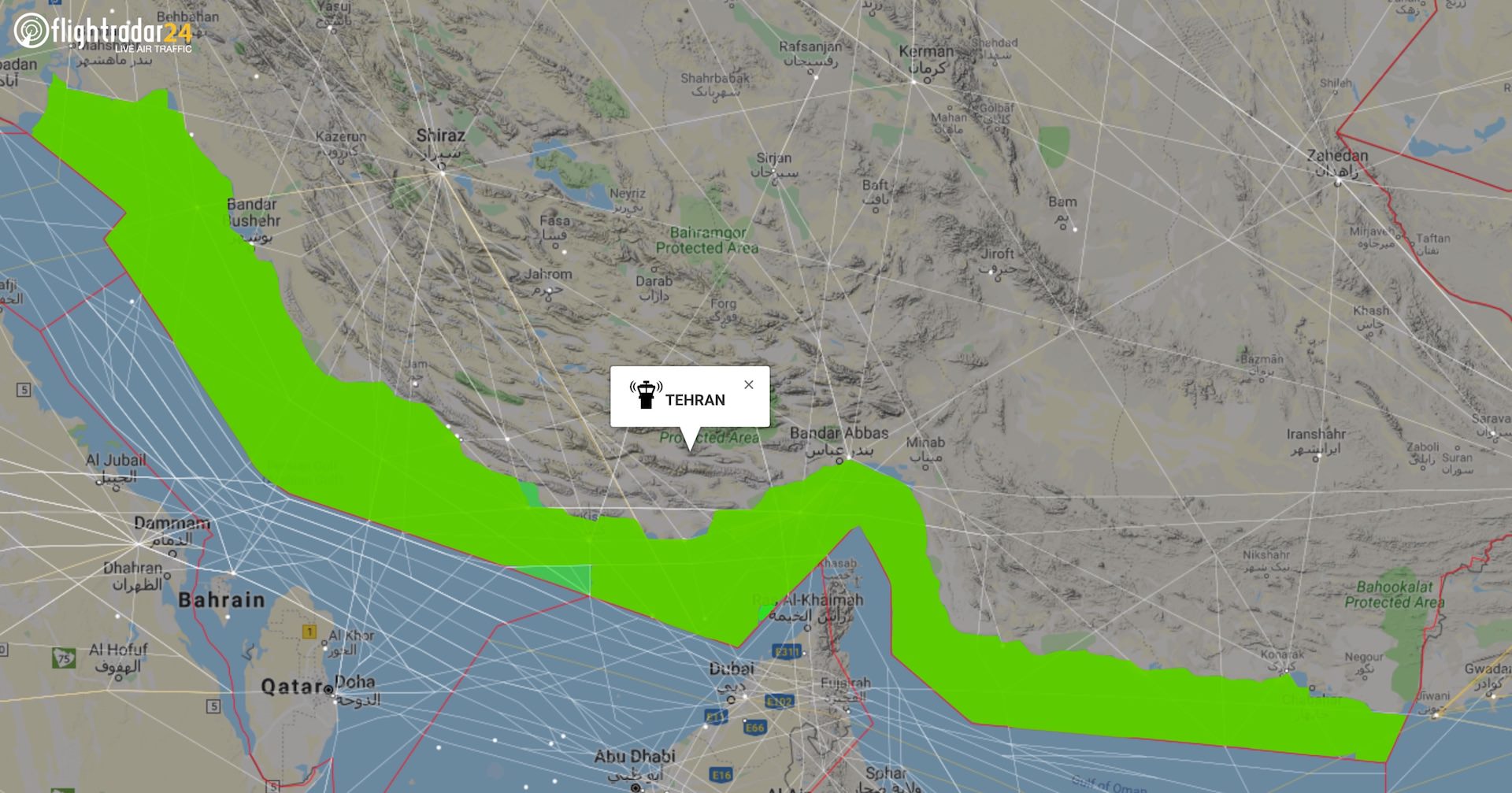 While a military confrontation with Iran appears to have been delayed in the last moment by president Trump, who overrode the neocons in his cabinet including Pompeo, Bolton and Haspel, the signal for a Tomahawk launch may come with a tweet from Trump. Which is probably why The U.S. Federal Aviation Administration on Thursday issued an emergency order prohibiting U.S. operators from flying in an overwater area of Tehran-controlled airspace over the Strait of Hormuz and Gulf of Oman.

The agency said it is worried by the ongoing tensions and increased military activity in an area with heavy civil air traffic. The ban will mostly affect flights going from North America to Asia eastwards.

The FAA’s advisory however appears to be ignored by other carriers, with a snapshot from Flightaware showing heavy commercial traffic in the Straits of Hormuz/Gulf of Oman airspace at the moment.

Earlier, two other major US carriers, American Airlines and Delta Air Lines, said they did not fly over Iranian airspace.

In a separate advisory to operators, FAA said according to flight tracking applications, the nearest civil aircraft was operating within around 45 nautical miles of a U.S. Global Hawk drone when it was shot down by an Iranian surface-to-air missile this week.

“There were numerous civil aviation aircraft operating in the area at the time of the intercept,” FAA said.

The agency said it remained concerned about the escalation of tension and military activity within close proximity to high volume civil aircraft routes as well as Iran’s willingness to use long-range missiles in international airspace with little or no warning.