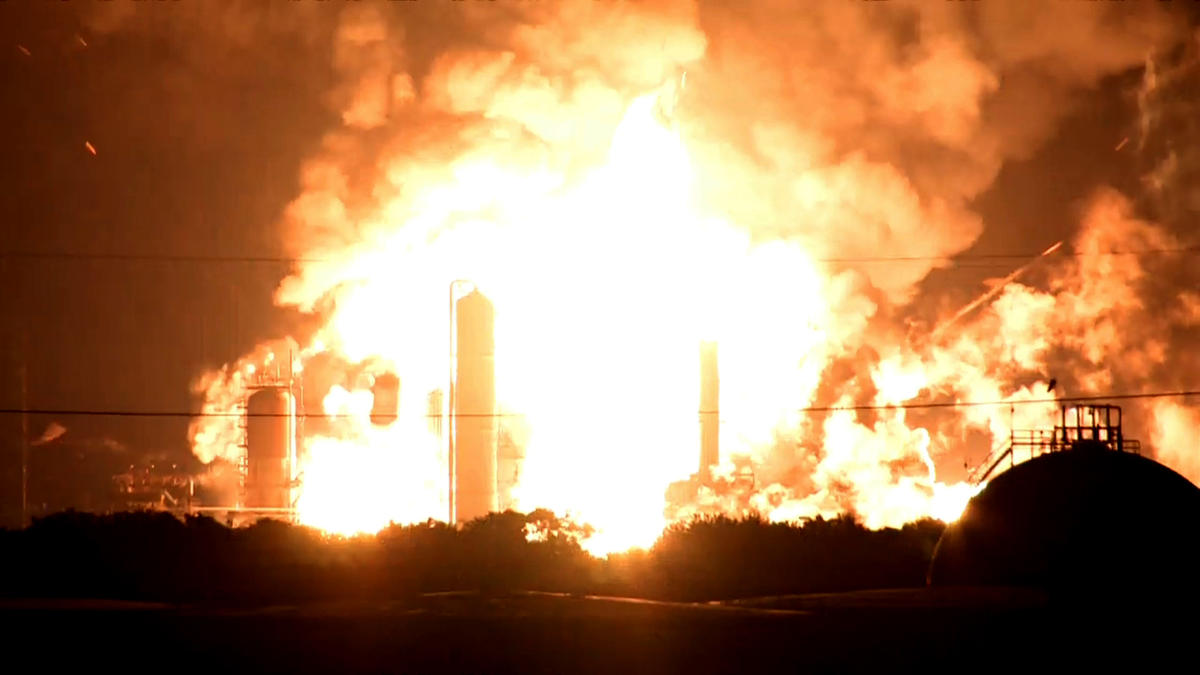 An explosion early Friday tore through a Philadelphia gasoline refinery, the East Coast’s largest, sending shock waves for miles and raining debris on nearby neighborhoods, just as the busy summer driving season was beginning.

No injuries were reported, according to the Philadelphia Fire Department. One employee complained of chest pain and was examined on the scene.

The three-alarm fire at the Philadelphia Energy Solutions refinery was contained but not under control, the fire department said. About 120 firefighters worked to cool off the areas around the fire to keep it from spreading.

The fire turned the sky bright orange and shook the homes of startled residents. Some neighbors in South Philadelphia said debris rained from the sky into their neighborhoods after the explosions, according to NBC Philadelphia.

The outage occurred as the U.S. summer driving season kicks into high gear.

Gasoline futures jumped 3.5% Friday morning. Because RBOB futures reflect New York harbor prices, they are especially impacted by an outage in a refinery in Philadelphia, an important regional refining hub. Pump prices on the East Coast could rise 3 cents to 5 cents per gallon, Wells Fargo said in a note to clients Friday. 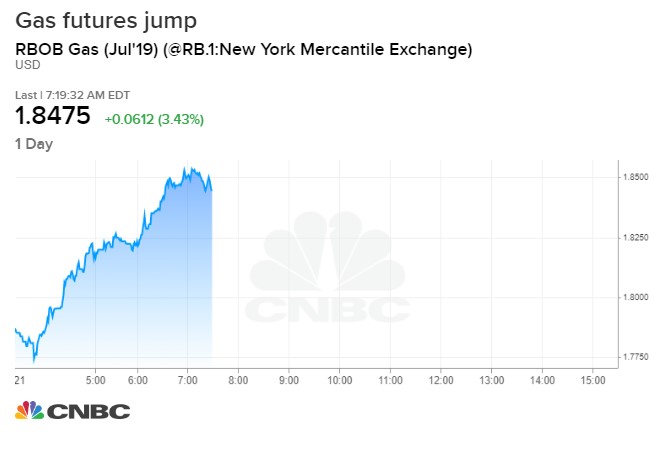 Refining stocks moved higher after the explosion. Valero Energy rose 1.5%, Phillips 66 was up 1% and HollyFrontier rose 1%.

The explosion erupted around 4 a.m. in a vat of butane, fire officials said.

“It is pretty much contained to that vat right now,” the department said in a statement.

It briefly ordered a shelter in place due to smoke. No evacuations were ordered.

The Philadelphia Department of Public Health said that preliminary testing showed no signs of ambient carbon monoxide, hydrocarbons (combustibles), or hydrogen sulfides in the air samples.

Update from @PhillyFireDept: The shelter in place, which was lifted, was precautionary due to smoke plume. Philadelphia Energy Solutions reports a vat of butane exploded and was burning. They report no detectable inhalants. PES will monitor air quality. Please avoid 26th/Passyunk

Philadelphia Energy Solutions was created from a joint venture between The Carlyle Group and Sunoco, which is a subsidiary of Energy Transfer Partners, according to the PES website.

Sunoco later clarified to CNBC that the refinery was a former facility, but that it no longer has ties to the complex.

A source familiar tells CNBC that Carlyle owns 10% of the refinery.

The 1,300-acre complex near Philadelphia’s international airport has a capacity of 335,000 barrels a day, and is the largest on the Eastern Seaboard, according to the site.

The 153-year-old complex was established in South Philadelphia one year after the end of the Civil War.

The U.S. Chemical Safety and Hazard Investigation Board told CNBC that senior leadership will be briefed on the incident at 9 a.m. and that the agency would have more information on its response plans after that.

PES and the other related companies did not immediately return calls for comment by CNBC.