Did the Neocons warmongers just stage two more false flag attacks in the Gulf of Oman to blame on Iran? 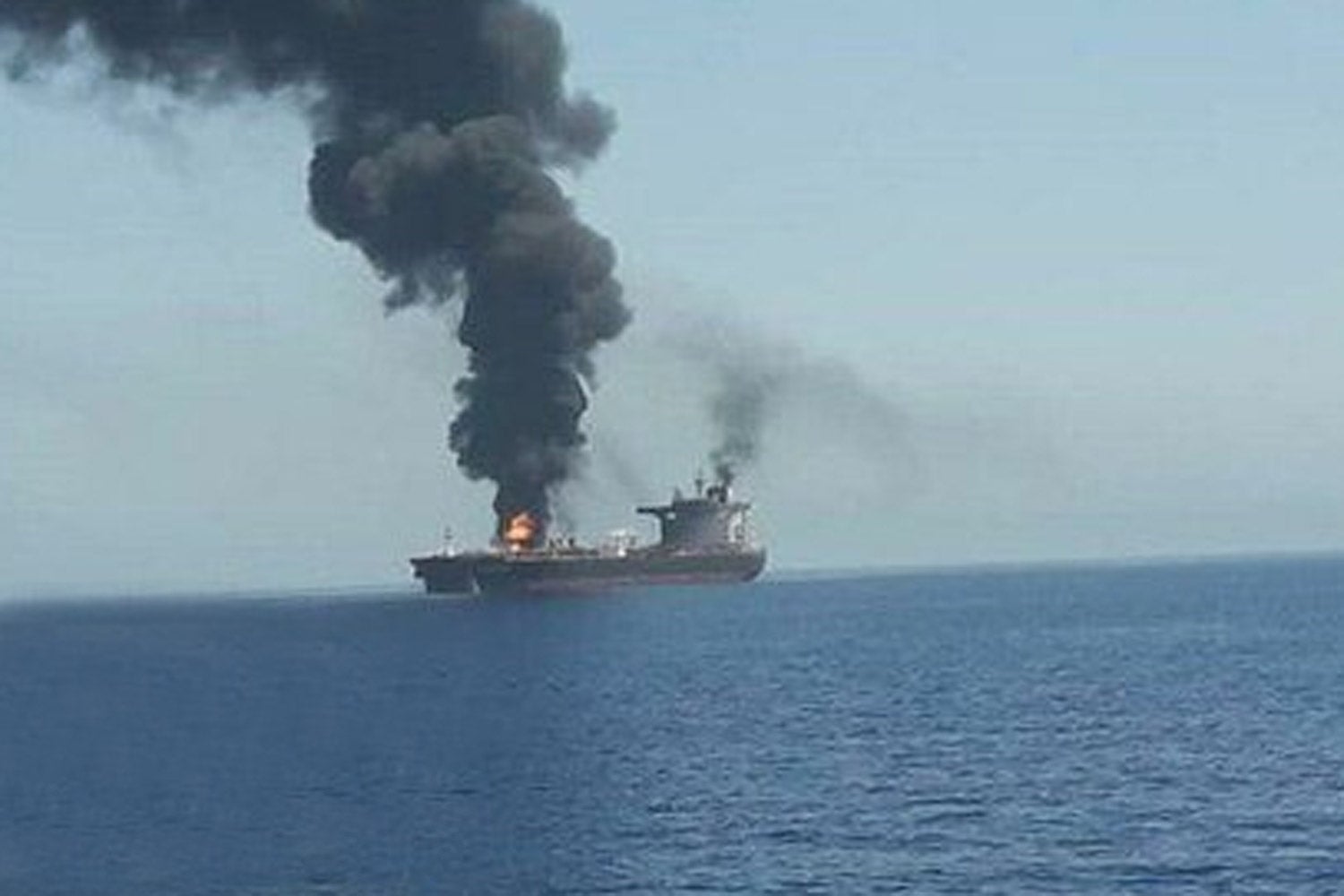 Did the Neocons warmongers just stage two more false flag attacks in the Gulf of Oman to blame on Iran?

Update 2: It appears earlier reports that the Front Altair had sunk were, in fact, incorrect. The ship’s captain has said that it is still afloat. VHF radio traffic confirmed that it is damaged but still afloat.

Hours have passed since the suspected attacks, and still nobody has claimed responsibility. Iran’s Foreign Minister Javad Zarif has noted how suspicious it is that a Japanese owned vessel would be attacked while Iranian leaders were meeting with the Japanese prime minister in Tehran.

And as one BBG analyst pointed out: “Fingers will certainly be pointed at Iran as the mastermind behind these events. But the potential benefits to the Persian Gulf nation are outweighed by the risks. And even if Tehran isn’t responsible, it will still suffer the consequences.”

Several American warships were nearby when the attack unfolded, per radio traffic, which also showed some signs of tensions with Iranian vessels: “American warship identifying itself as ‘Coalition Warship’ stating they have multiple vessels and aircraft in the vicinity. Iranian Navy calling vessels asking their intention in the area.”

Meanwhile, the first reported photos of the deck of the Front Altair have surfaced online…and it certainly looks like the ship was hit by a torpedo-like projectile.

Update: The Front Altair, the Marshall Islands flag tanker damaged in Thursday’s attacks, has now sunk, according to Iranian television. Later, others denied these reports.

If accurate, the sinking could have a serious impact on oil prices and the environment, as the ship contained twice the amount of oil as Exxon-Valdez.

While some sources cited torpedoes as the weapons used in the attacks, another said officials suspected the use of a magnetic mine, similar to the devices used during last month’s attacks.

And just like that…war with Iran is now almost assured.

Roughly one month after the US accused Iran of attacking Saudi- and UAE-docked oil tankers with naval mines in the Strait of Hormuz, two oil tankers were attacked in the Sea of Oman (not far from where the prior attacks occurred), leaving both ships seriously damaged, Bloomberg reports.

So far, no casualties have been reported. The attack left one of the ships “ablaze and adrift,” according to the Associated Press.

Sailors from both vessels were being evacuated as the US Navy rushed to assist.

The Bahrain-based US Fifth Fleet said it received distress signals from the two ships roughly 50 minutes apart. As BBG reports, the incident will almost certainly “inflame” tensions between the US and its Arab allies on one hand, and Iran on the other.

The development will inflame already-rising political tensions in the region weeks after four vessels, including two Saudi oil tankers, were sabotaged in what the U.S. said was an Iranian attack using naval mines. Tehran denied the charge.

The Bahrain-based Fifth Fleet said it received two separate distress signals at 6:12 a.m. and about 7:00 a.m. local time. “U.S. Navy ships are in the area and are rendering assistance,” Commander Josh Frey, a spokesman, said. Iran said it has rescued 44 sailors.

Though a suspected aggressor has not yet been officially named, and an investigation into the cause of the incident has only just begun, the notion that Iran will be implicated looks extremely likely, even as South Korean and Iranian ships helped rescue all 44 sailors who were aboard the two ships. Iran has already denied responsibility for the attack.

The manager of one of the tankers, the Panama-flagged, Japanese-owned Kokuka Courageous, which had been carrying a cargo of methanol from Saudi Arabia to Singapore, said the vessel had been damaged as the result of “a suspected attack” by a “shell” though the manager added that the ship’s cargo was secure.

“The hull has been breached above the water line on the starboard side,” Bernhard Schulte GmbH & Co KG said in a statement on its website.

Another tanker, Norwegian-owned and Marshall Islands-flagged Front Altair, sent a distress signal to the UAE port of Fujairah. It had loaded an oil shipment in Abu Dhabi not long before the incident. The ship was reportedly hit with three explosions.

Officials said it appeared the ships had been attacked with torpedoes. Another report cited officials saying three detonations had been heard.

The Front Altair was delivering a cargo of naphtha to Taiwan refiner CPC Corp, one company official said. The cargo was supplied by Abu Dhabi’s Adnoc.

Considering the involvement of the Japan-flagged vessel, the timing of the incident would be ironic. The suspected attacks unfolded as Japanese PM Shinzo Abe met with Iran’s Supreme Leader Ayatollah Ali Khamenei on Thursday, the second and final day of his visit, which was intended to de-escalate tensions in the region. There were no immediate details about what they discussed.

Oil prices are popping higher on the news, as the latest replay of one of history’s most famous false-flag naval attacks, the Gulf of Tonkin incident, which helped precipitate the Vietnam war, ratchets up tensions in the region. At one point, Brent crude was up as much as 4% to over $62 a barrel.

At the very least, the US military will use the attack as an excuse to continue its escalation of personnel in one of the most sensitive waterways for the global oil trade. According to the EIA, 19% of all oil traded by sea passes through the Strait of Hormuz.

Worst case, it looks like NSA John Bolton may have just gotten the excuse he needs to justify a full-scale invasion of Iran, which we imagine will soon be confirmed as being behind the attacks.