Can you imagine if Syria attacked Israel at will like the IDF killed 10 Syrian soldiers yesterday? 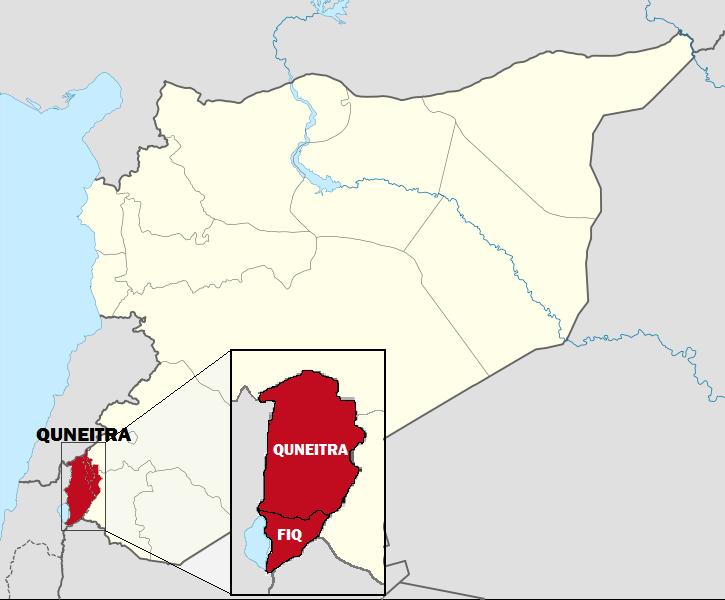 Can you imagine if Syria attacked Israel at will like the IDF killed 10 Syrian soldiers yesterday?

Israel has admitted responsibility in a significant overnight attack on Syria which reportedly killed up to ten pro-Assad forces, including possibly seven of what the Israeli media is claiming were Iranian and Hezbollah “foreign fighters”.

The predawn raid took place south of Damascus in Quneitra province and unlike prior Israeli attacks appeared to included a multi-pronged sustained offensive of warplanes and helicopters on artillery and intelligence facilities. Syrian state media confirmed the attack, saying its anti-air defenses were active and successful over Quneitra and over the capital of Damascus, but put its early casualties as three killed and seven among the wounded.

The Israeli Defense Forces (IDF) via its official media accounts said it responded to “2 rockets launched from Syria to Israel, 1 landing within Israeli territory,” according to a statement, but without specifying who the IDF believes actually fired the rocket. The “seven foreign fighters” number originated with the Syrian opposition source Syrian Observatory for Human Rights based in the UK.

The IDF further noted that it “sees the Syrian regime as responsible for all attacks against Israel from Syrian territory.” The Times of Israel provided the following details based on IDF official statements:

Syrian media reported that Israel also struck several targets connected to Iran and is proxy militias in Syria, in the area of al-Kiswah, south of Damascus. These strikes reportedly targeted weapons caches and a military training facility.

The report added that the intelligence posts struck were located near the contested Golan Heights border and the artillery sites were just south of Damascus. It is unclear whether the exchange resulted in any material damage on the Israeli side.

Last night, 2 rockets were launched from Syria to Israel, 1 landing within Israeli territory. In response, we struck a number of Syrian Armed Forces military targets. pic.twitter.com/xzk5Crsa5q

“We are not prepared to tolerate firing into our territory and we react with great force against any aggression against us,” he said. “This is a consistent policy that I lead and so we will continue to do for the sake of Israel’s security.”

Concerning the claimed initial rocket fired from the Syrian side, the Israeli report had the following details:

Saturday night’s rockets appeared to be a relatively long-range variety, reportedly fired from the Damascus area, some 35 kilometers (22 miles) away, similar to an attack earlier this year aimed at Mount Hermon. Mount Hermon is located in the northern tip of Israel’s Golan Heights. In addition to a popular ski resort, the area is also home to a number of military installations.

In January, Iranian troops in Syria fired a medium-range, Iranian-made missile at Mount Hermon in what the IDF said at the time was a “premeditated” attack aimed at deterring Israel from conducting airstrikes against the Islamic republic’s troops and proxies in Syria.

We hold the Syrian regime accountable and will firmly operate against any attempt to harm Israeli civilians. pic.twitter.com/XtDTqz7Btc

Syria has consistently denied that it allows Iranian forces to run its own such operations inside the country, while a number of Middle East analysts have expressed doubt over the IDF’s past version of events involving claims of Iran firing rockets into Israeli territory, with the level of Iran’s troop presence in Syria subject of fierce debate.

But it remains that Syria and Israel are in an active state of war along the Golan border region. As Damascus-based journalist Danny Makki stated in the aftermath of Israel’s predawn strikes, it is “Important to note that after a lengthy period of mock air attacks over the last few months, there have been three relatively important incidents/attacks in the space of a few weeks alone on the Israel-Syria front.”