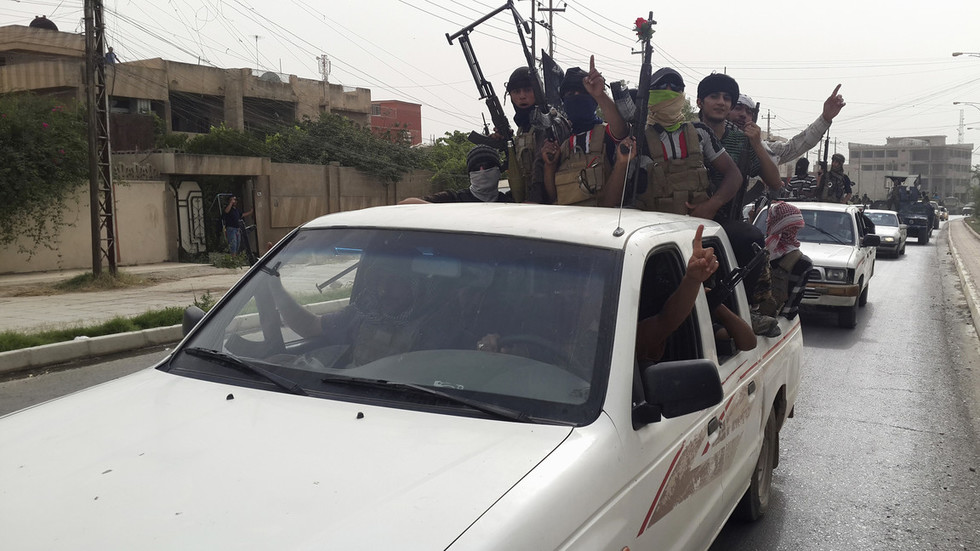 An Islamic State offshoot has amassed around 5,000 militants in northern Afghanistan on the border of post-Soviet republics of Central Asia, the director of Russia’s FSB has warned, adding that many of them have fought in Syria.

“Especially worrying is re-deployment of terrorist groups into northern provinces of Afghanistan,” Alexander Bortnikov told chiefs of ex-Soviet intelligence services in Dushanbe. He warned that ‘Wilayat Khorasan’, a local Islamic State (IS, formerly ISIS) affiliate, had managed to gather 5,000 fighters in the area.

Terrorist cells are now infiltrating into former Soviet countries where they are forming ties with organized crime. To keep a low profile, they try to pose as refugees and migrants, according to Bortnikov.

Islamists have suffered a series of defeats in Syria and Iraq, but they still remain a danger. “Now they are trying to regroup in areas which Syrian government doesn’t control, or hide out in refugee camps,” the FSB chief noted.

Another alarming trend is that terrorist groups are relocating their forces to other parts of the world, including Northern Africa and Southeast Asia.

Despite military losses, terrorist organizations are accumulating massive foreign funding to prepare for attacks “all around the world.” Notably, they resort to cryptocurrencies and online payment services to receive money from abroad. Revenues from “illicit oil trade, human trafficking and other criminal activities” also are used by terrorists to stay afloat.

Last month, the FSB director warned of IS militants returning to their countries of origin and creating terrorist cells at home. More than 1,500 of 5,000 jihadists from Europe who earlier joined IS managed to return from the Middle East, Bortnikov said at the time.