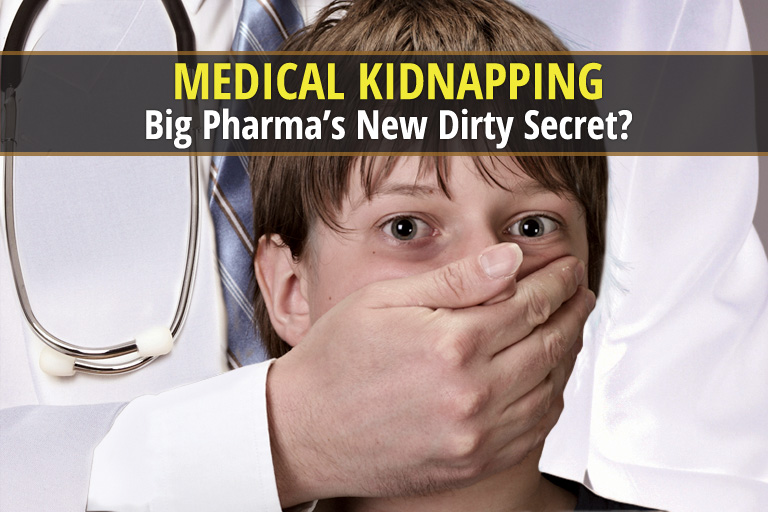 Chemo or natural remedies? Little Noah caught in legal fight over how to treat his leukemia

After parents of the 3-year-old Tampa boy refused additional hospital care, investigators got a court order and took him into custody. Their supporters call it “medical kidnapping.” TAMPA — When their son Noah was diagnosed with cancer recently, Joshua McAdams and Taylor Bland-Ball wanted to avoid chemotherapy and try natural remedies, instead.

Noah, 3, has acute lymphoblastic leukemia, a cancer of the blood and bone marrow. Doctors at Johns Hopkins All Children’s Hospital in St. Petersburg recommended chemotherapy. McAdams and Bland-Ball eventually agreed, said Erin Olszewski, president and co-founder of the Florida Freedom Alliance, a nonprofit group that advocates for rights of parents to decide medical treatment for children.

“They were trying to meet them in the middle,” Olszewski said.

But when the couple refused additional chemo treatment for Noah, and failed to show up to a treatment appointment last week, child protective investigators in Hillsborough County got a court order to take Noah into custody. Authorities issued an endangered child alert Monday, and the family’s photos appeared on TV screens and websites.

Within hours, police found McAdams, 28, and Bland-Ball, 22, at a Kentucky motel, and took Noah to a hospital. The parents are under investigation on suspicion of child neglect.

Experts say the case highlights the complex tug-of-war that can arise between parents and a child protective system that can declare neglect for avoiding certain medical treatments. The cases often are more complicated than those involving other types of abuse or neglect.

“When it comes to medical decision-making, it’s much more tricky because parents may have the same information but are making different value judgements,” said Katherine Drabiak, an assistant professor at the University of South Florida who specializes in health law and medical ethics. “It’s a pretty high bar for the state to be able to step in and say, ‘If you don’t do this, the child will die and this is the only way to save the child.'”

To advocates like Olszewski, taking a child into custody like this amounts to “medical kidnapping” and a gross violation of parents’ constitutional rights.

“The sovereignty of a human being is very important to consider,” said Olszewski, a registered nurse who has been in regular contact with McAdams and Bland-Ball this week. “Our right to choose is something that should be considered.”

To convince a judge that a child is victim of medical neglect, child protective officials must show that a medical treatment or procedure has a high probability of curing or at least seriously mitigating a disease or condition that is potentially fatal or disabling, said Bill Allen, an associate professor of bioethics, law and medical professionalism at the University of Florida.

“There’s plenty of legal precedent, going back decades, where courts have found that the state has a right to intervene in those cases,” Allen said. “I’d be hard-pressed to think of any clear constitutional grounds for parents to simply substitute their alternative treatments for effective, evidence-based and medically-recognized methods that could save the child’s life.”

In a series of public Facebook posts in recent weeks, Bland-Ball provided updates on her son’s treatment at All Children’s.

In an April 16 post, Bland-Ball wrote that the family “busted out on out of that hospital — with no cancer cells left to spare.” The post says Noah underwent two rounds of the chemotherapy drug Vincristine “because they can get a medical court order to force you to do it anyways for a child with that diagnosis.”

The post lists alternative treatments the family is using: rosemary, vitamin B complex, herbal extract, colloidal silver and mushroom tea, among others.

“We will continue to use these remedies for maintenance for the next ten years!”

Less than a week later, child protective investigators were searching for the family. The parents failed to bring Noah to a “medically necessary hospital procedure” and refused to follow up with lifesaving medical care, the Hillsborough County Sheriff’s Office said Monday.

The family was found later that day at a motel in Georgetown, Ky. The Sheriff’s Office said Noah was at a hospital receiving treatment but declined to provide details, citing medical privacy rights.

Olszewski said the family isn’t ready to speak to reporters. In a Facebook post Tuesday night, Bland-Ball said child protective officials were taking Noah and the parents were returning to Florida that night.

“Our hearts our broken and all we want is for our boy to get HEALTHY BIOLOGICALLY SOUND TREATMENT,” she wrote in the post, featuring a photo of herself and a smiling Noah resting his head on her shoulder. “No neglect here considering his levels are the best they’ve ever been and still cancer free after two weeks without chemotherapy — shocker!”

In another post early Wednesday, Bland-Ball wrote that Noah was being taken to All Children’s and that she and McAdams were due in court in Hillsborough.

Olszewski, the Florida Freedom Alliance president, said mainstream medicine is “only band-aiding the problems and not getting to the root cause.” The group is raising money for the family’s legal costs and has organized a rally for noon Saturday at All Children’s.

Shah said it’s understandable that parents don’t want to put a child through that — the side effects and risk of complications — but the research is clear: Patients who stop chemotherapy early, before the so-called maintenance phase is complete, almost always see their cancer return. Shah said there is no evidence that natural remedies are an effective alternative.