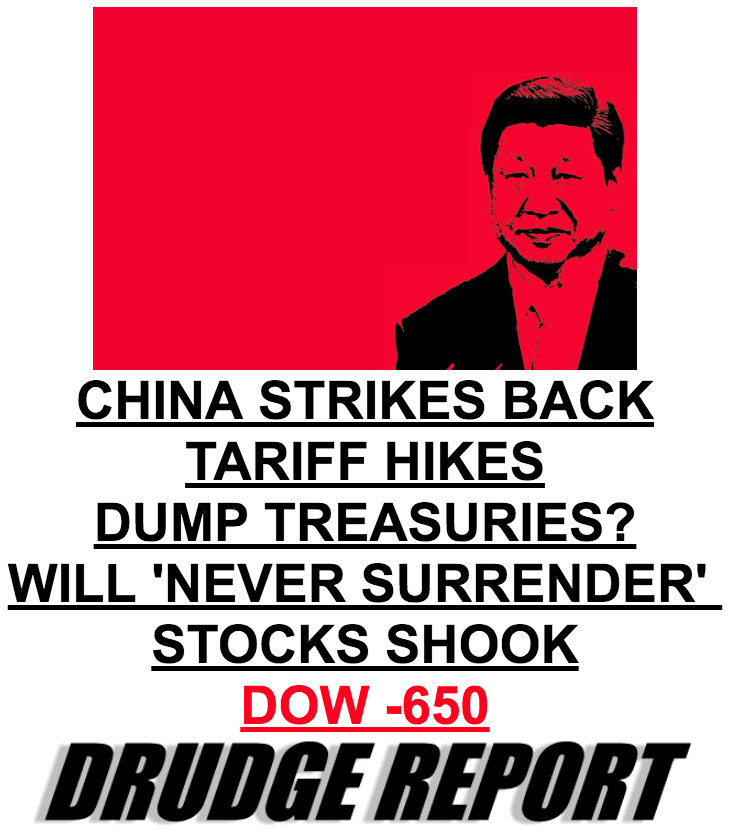 And the DJIA indicates it’s only going to get uglier 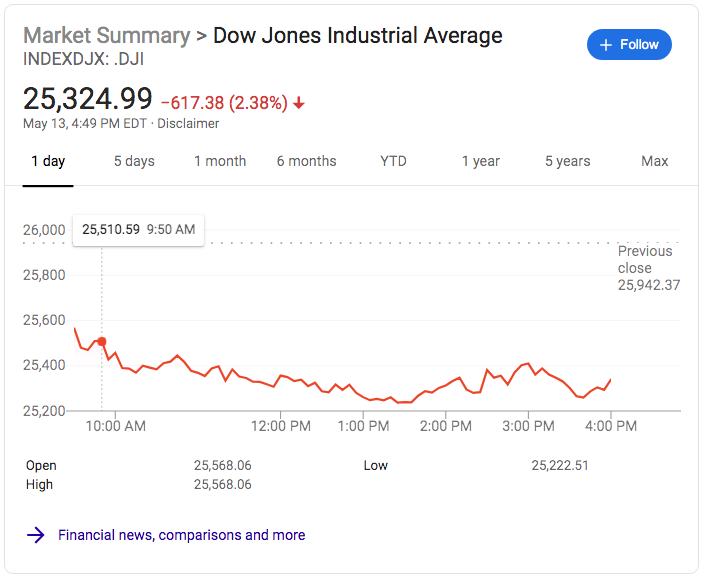 That’s because they either don’t know or fail to correctly understand the history.

And there’s a lot to know, as there is a LOT to properly understand.

We unfortunately don’t have the time available to provide the necessary history lesson; hence, suffice to say “Remember the Opium Wars”.

What the key point?

First, President Trump will not back down.  He’s on a lifelong mission as this video makes clear.

Secondly, China will not back down.  “Remember the Opium Wars.”

What’s the other critical point in this epic war between East and West?

Beijing also expects a fair deal for both sides.  They’d much prefer a win-win outcome.

Even if it means radically changing the way they have done business with America for the past 40 years, China is willing to cut a fair deal.

The United States is different.

Yes, China has been on a gravy train for many years.  But that doesn’t mean they should give into every U.S. demand on trade.

The larger point is that Trump already has a preconceived outcome.  The problem is that he has hardened his position with no room for real negotiation.

Yes, even though Democrats and Republicans gave away the store to China over several administrations, Trump has to be very careful about over-reacting.

The stark reality is that the POTUS is stuck.  And it may be that he will not be unstuck.

So, the world community of nations is stuck watching a slow-motion international train wreck.

That would be a collapse of the global economy.

Unless BOTH sides come to the table — SOON — and negotiate in good faith, there is no good ending to this disaster-in-the-making.

With the Brexit catastrophe looming in the background of the Global Economic & Financial System (GE&FS) all it takes is something as unsettling as a U.S.–China trade war to push the world into a full-blown recession.  The truth is that the GE&FS never recovered from the last one.