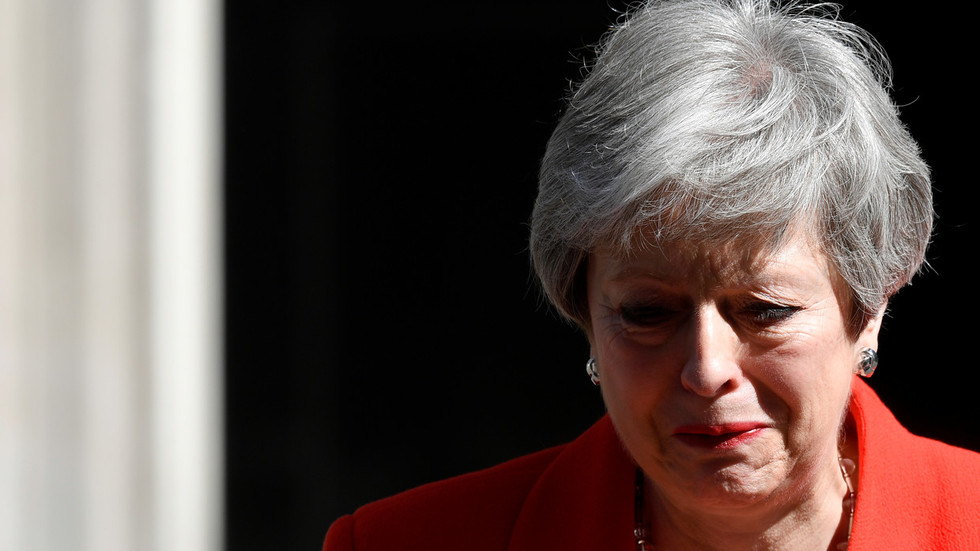 ‘No ill will but enormous and enduring gratitude’: May breaks down after resignation address (VIDEO)

British Prime Minister Theresa May gave a heartfelt address on Downing Street lamenting her failure to deliver Brexit despite her best efforts. As she concluded her remarks, her voice wavered and she sharply turned to leave.

“The second female Prime Minister but certainly not the last,” May said of her legacy, as she prepares to step down as leader on Friday, June 7.

“I do so with no ill will but with enormous and enduring gratitude to have had the opportunity to serve the country I love,”May added, her voice quivering as she turned away from the cameras to seek refuge from the spotlight inside her residence.

Having assumed office on July 13, 2016 when her predecessor David Cameron stepped down following his defeat in the Brexit referendum, May battled long and hard to secure a deal, but failed in this endeavor, which will ultimately prove the hallmark of her time in office.

Against all odds and multiple votes of no confidence, May survived in office for far longer than anyone had expected.