Was Oliver North a Trojan Horse sent in to destroy the NRA? 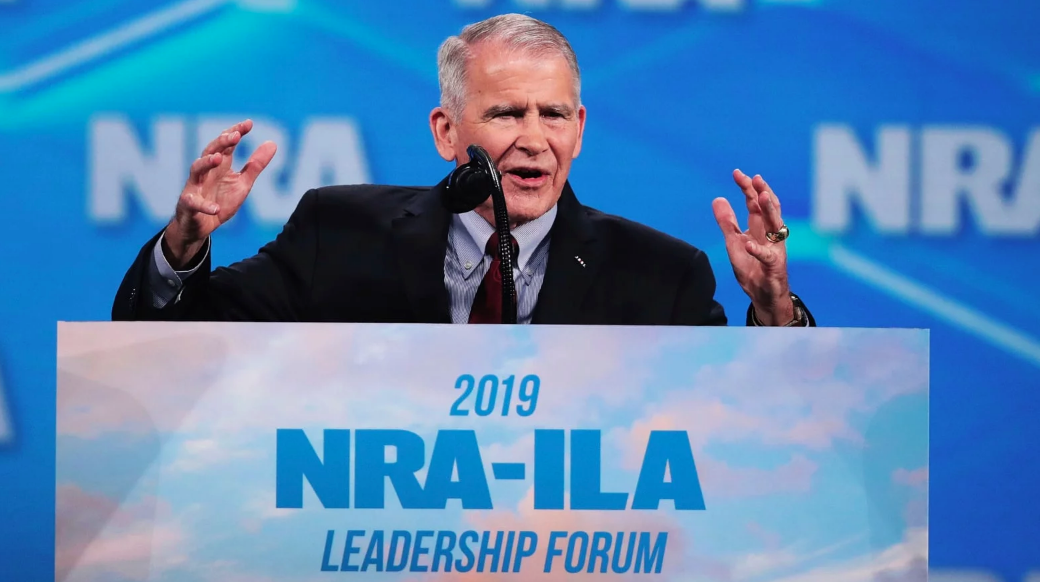 Was Oliver North a Trojan Horse sent in to destroy the NRA?

National Rifle Association President Oliver North said Saturday that he won’t serve a second term as the leader of the gun-rights group.

The resignation came amid internal power struggle among the leadership that has recently engulfed the group, culminating in a public fallout on Friday when a letter by NRA’s executive vice president Wayne LaPierre, the effective public face of the organization, was published in which he accused North of pressuring him to resign.

“Please know I hoped to be with you today as NRA president endorsed for reelection. I’m now informed that that will not happen,” North said in a letter read out by a board member Saturday.

He said that the NRA should form a committee to probe the group’s finances, adding that it represents a “clear crisis” that “needs to be dealt with” if the organization wants to remain a viable organization.

In a separate letter dated Thursday to NRA board members, meanwhile, LaPierre said North asked him to resign on Wednesday. North told LaPierre the NRA’s longtime advertising firm, Ackerman McQueen, planned to send a letter to the board through North that would be “bad for me” unless he resigned.

National Rifle Association President Oliver North said Saturday that he won’t serve a second term as the leader of the gun-rights group. (AP)

“Yesterday evening, I was forced to confront one of those defining choices — styled, in the parlance of extortionists — as an offer I couldn’t refuse,” the letter, which was obtained by the Wall Street Journal, read. “I refused it.”

He added that North said “the letter would not be sent — if I were to abruptly resign,” noting that “He stated that he could ‘negotiate’ an ‘excellent retirement’ for me.”

A lawsuit filed by the NRA against Ackerman last month claims the company overbilled the group and that North had a conflict of interest because Ackerman paid him.

LaPierre accused North of having “contractual and financial loyalties” to Ackerman in addition to his criticism that the NRA’s messaging has moved too far from the original mission of gun safety and the outdoors.

“As you know, the N.R.A. has over this past year taken steps to strengthen its efforts to document and verify compliance by our vendors with our purchasing practices and their contracts,” LaPierre wrote in his letter on Thursday to the board. “We’ve met extraordinary resistance from one vendor — Ackerman McQueen.”

North’s reign at the organization lasted less than a year and shows the NRA’s internal support for LaPierre who became a symbol of gun-rights movement in the U.S. after being the public face of the group and its policies for decades.

“Wayne has the confidence of a strong majority of the board,” Todd Rathner, a board member from Arizona, told the Associated Press.

“They trust him. They know that he’s the face of the NRA. And quite frankly I think that anybody that wants to remove him, they’re going to have to get through this board first.”

The turmoil in the organization played out as it held its 148th annual conference in Indianapolis, with President Trump is headlining the convention Friday and promising to protect gun rights in the 2020 elections and efforts by Democrats to disarm law-abiding Americans.

Fox News’ Louis Casiano and the Associated Press contributed to this report.