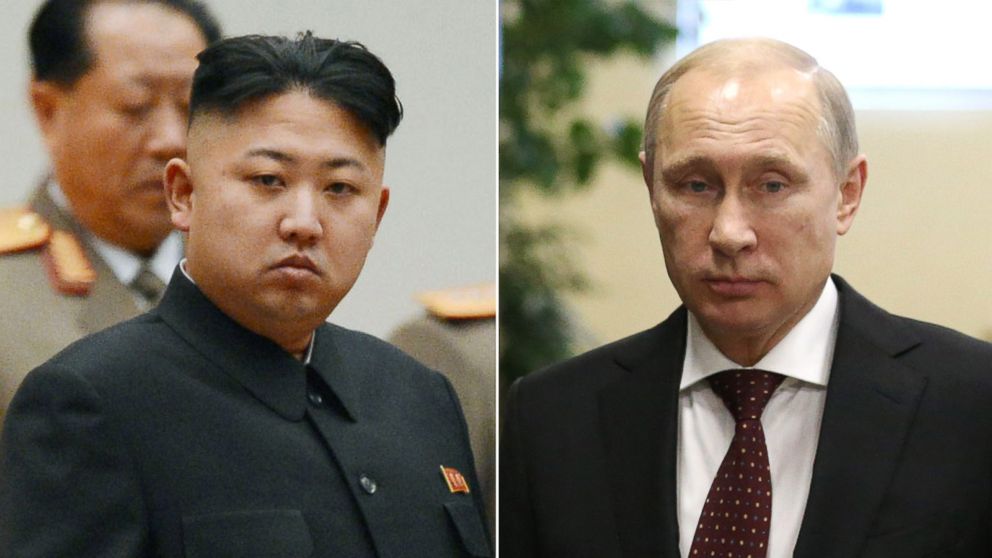 Kim and Putin: Changing the Board State in Korea

At the same time the 2nd annual Belt and Road Forum kicks off in Beijing.

This meeting between Putin and Kim has been in the works for a while but rumors of it only surfaced last week. But don’t let the idea that this was put together at the last minute fool you.

The future of Korea could be decided by these two men tomorrow.

I know that sounds bold. But hear me out.

And while no one seems to think this meeting is important or that anything of substance will come from it I do. It is exactly the kind of surprise that Putin loves to spring on the world without notice and by doing so change the board state of geopolitics.

Both Putin and Chinese Premier Xi Jinping are angry at the breakdown of the talks in Hanoi back in February. It was clear that everyone expected that meeting to be a rubber stamp on a deal already agreed to by all parties involved.

In fact the two meetings between Kim and Trump were only possible because Trump convinced them of his sincerity to resolve the ‘denuclearization’ of North Korea which would clear a path to rapid reunification.

It’s why they went along with the U.S.’s increased sanctions on North Korea as administered through the U.N. in 2017.

That John Bolton and Mike Pompeo destroyed those talks and Trump was unwilling or unable (who cares at this point, frankly, useless piece of crap that he is) to stop them embarrassed and betrayed them.

They are now done with Trump.

He’ll get nothing from either of them or Kim until Trump can prove he’s in charge of his administration, which he, clearly, is not.

And they will be moving forward with their own agenda for security and Asian economic integration. So I don’t think the timing of this meeting with that of the Belt and Road Forum is an accident.

And that means moving forward on solving the Korea problem without Trump.

It is clear from the rhetoric of Putin’s top diplomat, the irreplaceable Sergei Lavrov, that Russia’s patience is over. They are no longer interested in what Trump wants and they will now treat the U.S. as a threat, having upped their military stance towards the U.S. to that of “Threat.”

If Bolton wants anything from Russia at this point he best be prepared to start a war or piss off.

This is also why Russia took the gloves off with Ukraine in the run up to the Presidential elections, cutting off energy and machinery exports with Ukraine.

To put paid Putin’s growing impatience with U.S. policies, he just issued the order to allow residents of Lugansk and Donetsk People’s Republics to apply for Russian passports.

This will send Bolton into apoplexy. Angela Merkel of Germany will be none too pleased either. Putin is now playing hardball after years of unfailing politeness.

It’s also why Lavrov finalized arms and port deals all over the Middle East in recent weeks, including those with Lebanon, Egypt, Turkey and India.

Bolton, Pompeo and Pence are ideologues. Trump is a typical Baby Boomer, who lives in a bubble of his own design and believes in an America that never existed.

None of them truly understand the fires they are stoking and simply believe in the Manifest Destiny of the U.S. to rule the world over a dim and barbaric world.

Putin, Xi, Rouhani in Iran and Kim in North Korea are pragmatic men. They understand the realities they live in. This is why I see Putin willing tomorrow to sit down with Kim and flaunt the U.N. sanctions and begin the investment process into North Korea that should have begun last year.

Putin would not be making these moves if he didn’t feel that Bolton was all bark and no bite when it came to actual war with Russia. He also knows that Germany needs him more than he needs Germany so despite the feet-dragging and rhetoric Nordstream 2 will go forward.

Trade is expanding between them despite the continued sanctions.

Putin may be willing to cut a deal with President-elect Zelensky on gas transit later in the year but only if the shelling of the LPR and DPR stops and he guarantees no more incidents in the Sea of Azov. This would also mollify Merkel a bit and make it easier for her politically to get Nordstream 2 over the finish line.

There are moments in history when people go too far. Bolton and Pompeo went too far in Hanoi. He will pay the price now. Putin and Kim will likely agree to something in Vladivostok that no one is expecting and won’t look like much at first.

But the reality is this summit itself marks a turning point in this story that will end with the U.S. being, in Trump’s transactional parlance, a “price taker” since it has so thoroughly failed at being a “price maker.”