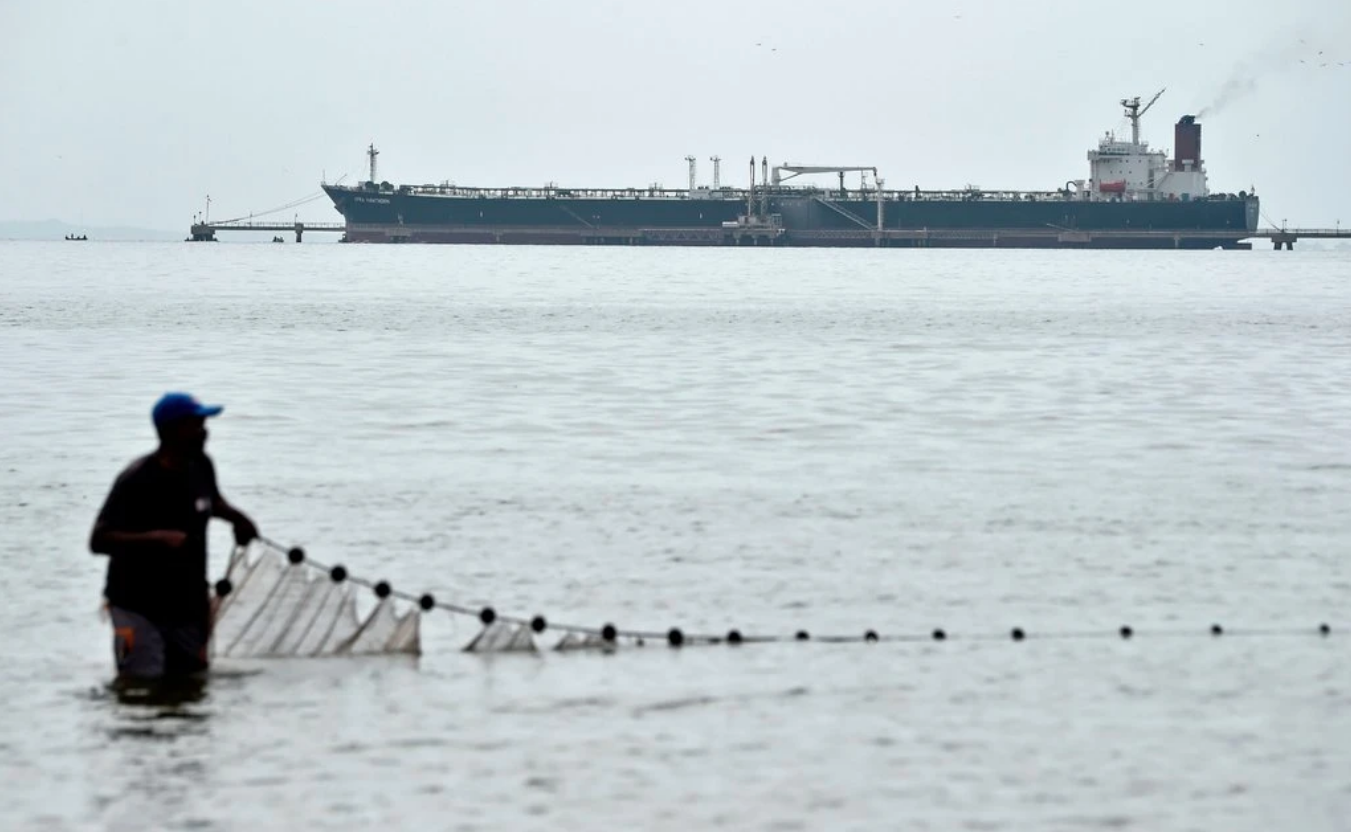 WASHINGTON — The Trump administration announced on Friday its latest round of economic sanctions against the government of President Nicolás Maduro of Venezuela, this time aimed at oil shipments between Venezuela and Cuba, a country that the administration has accused of propping up Mr. Maduro’s authoritarian government.

In a speech to the Venezuelan exile community in Houston, Vice President Mike Pence announced that the United States is levying sanctions on 34 vessels owned or operated by Petróleos de Venezuela, S.A., Venezuela’s state-run oil company, as well as on two international companies that transport Venezuelan crude oil to Cuba.

“Venezuela’s oil belongs to the Venezuelan people,” said Mr. Pence, who is expected to address the United Nations Security Council next week on the situation in Venezuela.

The goal of the sanctions, senior administration officials said, was to force a “recalibration” of the relationship between Venezuela and Cuba, which, alongside China and Russia, has been defending the Maduro government.

But in the short run, they are meant to end the arrangement by which the Maduro government provides oil to Cuba in exchange for intelligence and counterintelligence services while the Venezuelan people lack food, medicine and clean water. Venezuela has been shipping 20,000 to 50,000 barrels of oil a day to Cuba, according to experts in the oil industry and administration officials.

Russ Dallen, the managing partner of Caracas Capital Markets, who specializes in the Venezuelan oil industry, said the most likely outcome of the sanctions would be to create an atmosphere in which shipping companies would be even more wary of doing business with either Cuba or Venezuela, for fear of triggering sanctions.

He said they were also meant to “name and shame” companies that have transported Venezuelan oil to Cuba so that Mr. Maduro can help an ideological ally rather than use profits from the oil to feed a starving population.

“It makes Cuba and Venezuela even more radioactive,” he said.

Mr. Dallen, who tracks oil shipments leaving Venezuela, said that some of the ships had begun turning off their transponders when in Venezuelan ports, something regulations prohibit but is a technique used in countries like Iran to conceal their presence in the country. One ship, Mr. Dallen said, had recently left its transponder off until it reached Europe.

The sanctions come as Venezuela has faced a month of blackouts that have resulted in an estimated loss of a week’s oil production.

President Trump has thrown his support behind Juan Guaidó, the Venezuelan opposition leader, who in January declared himself the country’s interim president and who has demanded Mr. Maduro’s departure. Venezuela’s economy and population have slipped further into crisis — with blackouts, as well as food and water shortages — while Mr. Maduro and Mr. Guaidó appear to be trying to wait each other out.

A senior administration official said on Friday that the latest round of sanctions would “tighten the noose of the financial strangulation of Maduro and his cronies.” Those sanctions come weeks after the Treasury Department imposed new sanctions on a Russia-based bank that it accused of helping Mr. Maduro’s government sidestep American financial penalties.

But it has been more than two months since the Trump administration began imposing sanctions in Venezuela in hopes of pushing Mr. Maduro’s government out of power. But to people living in Caracas, the capital, it is not clear that his grip on power is loosening, despite the American effort to target governors, generals and the state-run oil company and to cancel visas for Mr. Maduro’s friends and family members.

The American official said that there would be more actions by the United States in the coming weeks and that a military response continued to be a “very serious option.” The official hinted that a red line for American intervention would be any threat to arrest Mr. Guaidó.