Poland: LGBT Ideology ‘a Threat to our Nation, Identity, and Existence’ 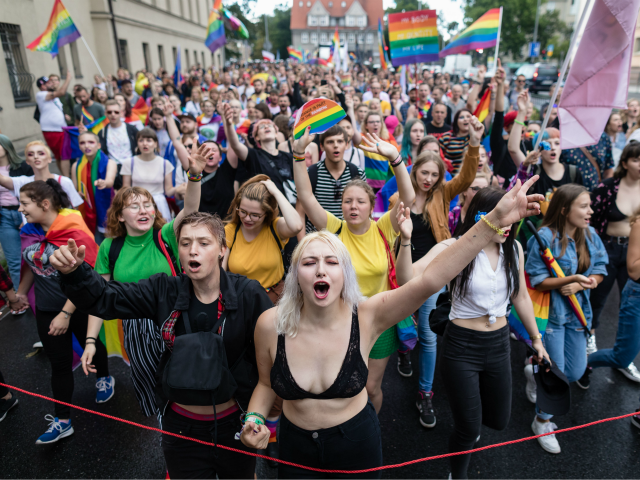 Poland: LGBT Ideology ‘a Threat to our Nation, Identity, and Existence’

LGBT campaigners’ demands such as ‘gender ideology’ and the promotion of alternative sexual lifestyles to young children at school present a serious threat to Poland, the head of the nation’s ruling party has said.

Speaking at a conference organised by the group Catholic Action on Wednesday, Jaroslaw Kaczynski denounced ”an attack on the family and children”, following the signing of a 12-point ‘LGBT + Declaration’ by Warsaw’s liberal mayor.

“We are dealing with a direct attack on the family and children… the sexualisation of children, that entire LGBT movement, gender,” he said, denouncing ‘gender theory’ which claims that sex is a social construct and that people can ‘choose’ their own gender, and which the Warsaw Declaration says must be promoted in schools.

“These ideologies, philosophies, all of this is imported, these are not internal Polish mechanisms,” Kaczynski told the conference in Wloclawek.

“They are a threat to Polish identity, to our nation, to its existence and thus to the Polish state,” he added.

“Communism was not defeated” when the Berlin Wall fell, the Law and Justice (PiS) party leader said, asserting that freedom of speech and religion are under attack from a post-1989 “formation” of pro-EU and media forces which have been deeply hostile to the Church and Polish patriotism.

The Roman Catholic Church in Poland was among voices highly critical of the Warsaw Declaration, expressing “deep concern” over education plans declaring schools must adopt ‘LGBT-inclusive’ education guidelines, warning that the plan “contradicts the constitutional right of parents to raise their children according to their own belief”.

The World Health Organization (WHO) and UN-produced ‘comprehensive sex education’ demanded by the document were previously described by Kaczynski as a “great danger”, with guidelines promoting transgender ideology and homosexual lifestyles as well as “safe access to abortion” and the sexual ‘rights’ of children, with learning objectives for pupils aged nine to 12 advising they should be able to “describe male and female responses to sexual stimulation”.

Globalist international media outlets have been presenting Poland as the aggressor in a ‘culture war’ for its opposition to the list of demands, with Reuters alleging the government had picked “LGBT rights as [a] battlefront” in order to “stem a decline in its popularity ahead of two key elections this year”.

By objecting to the contents of activists’ 12-point wish list, PiS was “attacking gay rights”, according to a Politico article titled “Poland’s ruling party plays the LGBT card”, which towards the end of the piece admits that “the bulk [of the country’s population] is still very religious and conservative”, and so would oppose most policies outlined in the list.