Is the U.S. determined to start World War III in the Mideast? 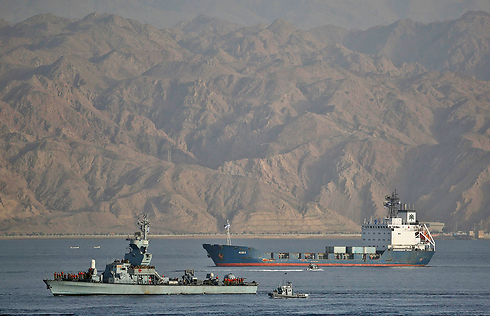 Is the U.S. determined to start World War III in the Mideast?

With oil surging to a six month high after a now confirmed report that Trump will not reissue Iranian oil export waivers after they expire on May 2, removing up to 1 million barrels from the market…

… Tehran has gone on the offensive and on Monday a senior Iranian military official said the Islamic Republic will close the Strait of Hormuz if it’s prevented from using it, the state-run Fars news agency reported.

“The Strait of Hormuz based on international law is a waterway and if we are prevented from using it, we will close it,” Reuters reported, citing Alireza Tangsiri, head of the revolutionary guards navy force.

Separately, the semi-official Tasnim news agency on Monday quoted an unnamed Iranian oil ministry source as saying that “whether the waivers continue or not, Iran’s oil exports will not be zero under any circumstances unless Iranian authorities decide to stop oil exports … and this is not relevant now.” The source added that “we have been monitoring and analyzing all possible scenarios and conditions for the advance of our country’s oil exports, and necessary measures have been taken … Iran is not waiting for America’s decision or the lack of it to export its oil. We have years of experience in neutralizing efforts by enemies to strike blows against our country.”

To be sure, this is not the first time Iran has made such a threat: back in December Iran warned it would close the global oil chokepoint, when it said that “if someday, the United States decides to block Iran’s oil (exports), no oil will be exported from the Persian Gulf.”

President Rouhani’s December threat had been welcomed by hardline clerics and military officials, including Gen. Qassem Soleimani, the commander of the Revolutionary Guard’s elite Quds Force.

Previously, in early November, a prominent hardline cleric told a Friday prayer gathering in Mashhad, considered Iran’s spiritual capital, that Iran has the power to “instantly” create conditions for $400 a barrel oil prices if it decides to act in the Persian Gulf.  Shia cleric Ayatollah Ahmad Alamolhoda grabbed headlines at the time by declaring, “If Iran decides, a single drop of this region’s oil will not be exported and in 90 minutes all Persian Gulf countries will be destroyed.”

And during the prior summer, after similar threats were issued from Tehran the spokesman for the US military’s Central Command, Captain Bill Urban, told the Associated Press that US sailors and its regional allies “stand ready to ensure the freedom of navigation and the free flow of commerce wherever international law allows”.

The Strait of Hormuz is a narrow waterway carrying a fifth of the world’s traded oil that Iranian officials have threatened to block in retaliation for sanctions targeting the country’s nuclear program.

The U.S. has said it would move to stop any Iranian attempt to block the waterway.

As such, if Trump is indeed serious about not renewing Iran’s export waivers, it may launch a sequence of events that culminated with regional war that pits Iran against the US, Israel, and Saudi Arabia. Whether or not Russia and China back Iran could mean the difference between a localized conflict and World War III.