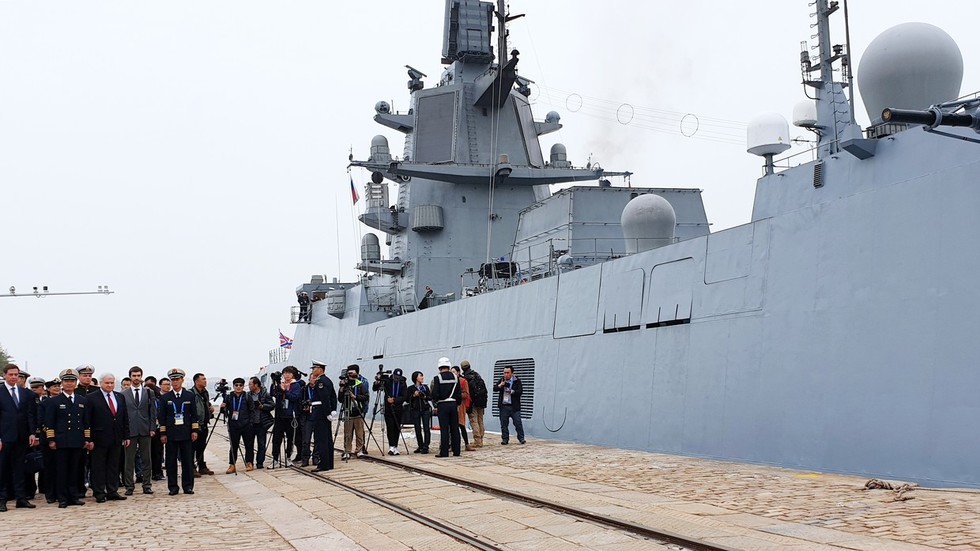 Indian and Russian warships have arrived at Chinese shores to take part in celebrations and a parade, marking the 70th anniversary of the People’s Liberation Army (PLA) Navy and showcasing the forces of a dozen naval powers.

A stealth guided-missile destroyer of the Indian Navy, INS Kolkata, accompanied by tanker INS Shakti, reached the port city of Qingdao on Sunday to take part in the four-day celebration commemorating the founding of the Chinese Navy.

INS Kolkata made the port call in Qingdao this morning to participate in the PLA Navy Day fleet review. pic.twitter.com/d5kF86GyW4

INS Kolkata made the port call in Qingdao this morning to participate in the PLA Navy Day fleet review. pic.twitter.com/d5kF86GyW4

“We bring to you one of the best ships that we have made. It is the pride of the nation and the navy, and we are very happy to be here,” Captain Aditya Hara told reporters.

The most modern Russian frigate, the Admiral Gorshkov, equipped with Caliber cruise missiles, also made a triumphant entry to the Chinese port, firing a 21-gun salute.

The festivities will culminate with a PLA Navy grand parade on April 23, that will feature around two dozen vessels from over 10 countries, including Japan, Australia, and the Philippines. However, Pakistan, a close Chinese ally yet an arch foe of New Delhi, reportedly will not have its vessels participate.

Beijing plans to debut some of its newest vessels, in an apparent show of growing naval power and amid ongoing Sino-American tensions in the Indo-Pacific. Overall, 32 Chinese warships, including an aircraft carrier, the Liaoning, and the latest nuclear submarines, will take part.

China also hopes to use the occasion to foster discussions on the freedom of navigation and other maritime security issues with ‘major naval leaders,’ as delegations from more than 60 countries are expected to attend.

“With its growth, the PLA Navy has provided the world with more and more security products,” Chinese Navy deputy commander Qiu Yanpeng stated.